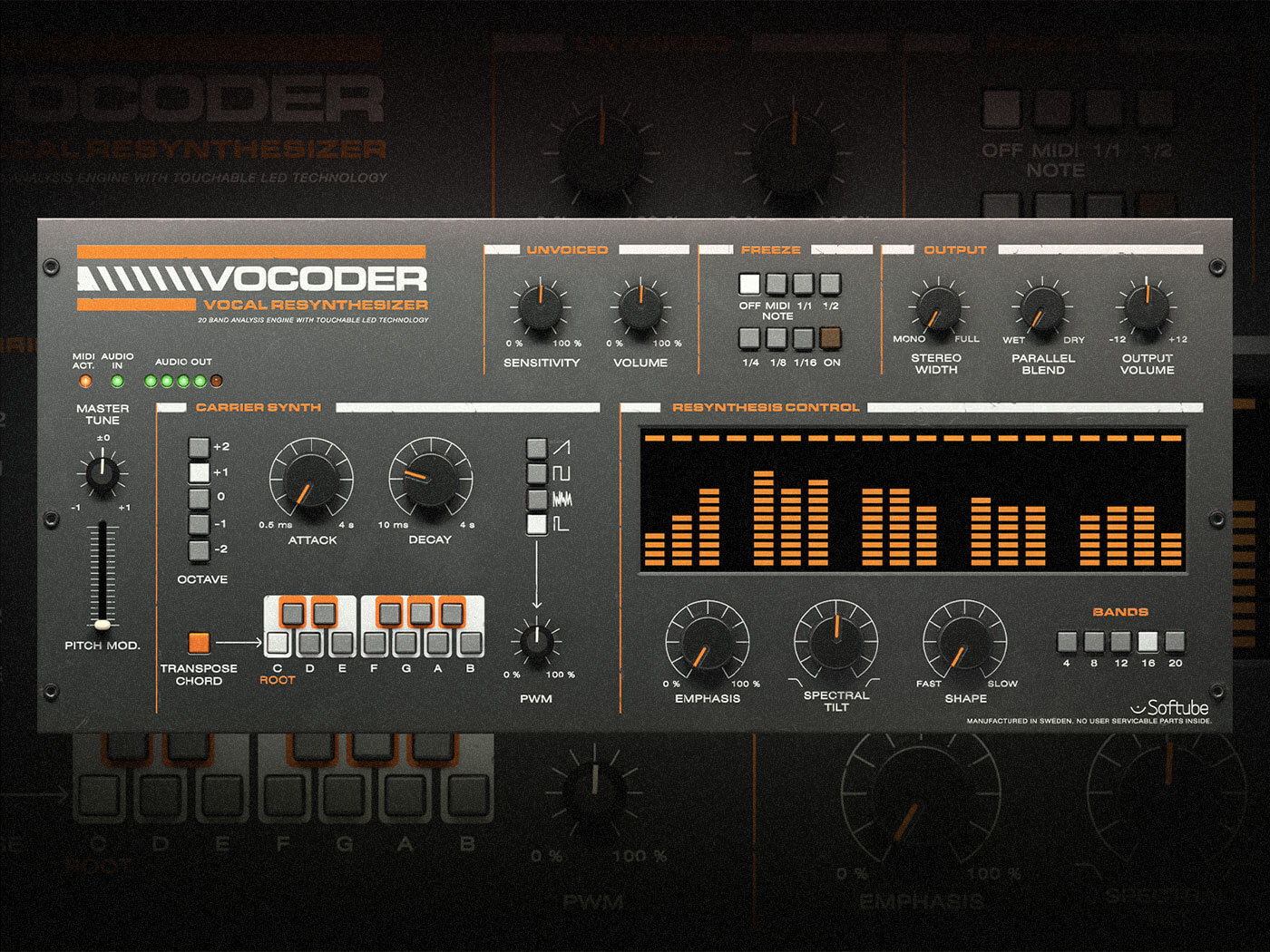 The plug-in features a six-voice polyphonic carrier synth with four selectable waveforms and an attack-hold-decay envelope, as well as an intriguing Freeze section, which allows for rhythmic holds of certain formants. As expected, it also offers MIDI capability and DAW sync.

Meanwhile, an Unvoiced section allows you to tame plosives and harsh high-frequency consonant sounds to bring an organic touch back into drum transients or vocal syllables.

Softube promises that Vocoder boasts “the look and feel of vintage vocoding” while maintaining an intuitive workflow.

The Swedish software developer also takes pains to highlight other interesting applications of the plug-in, for example on drums or combinations of more than one instrument, promising a flexible and easy to use tool for your DAW.

Check out a demo video below with Bryn Bliska:

Softube says: “Deployed by the military to conceal voiced messages during World War II, the vocoder has had a hidden hold on the music world since the 1970s […]. Softube Vocoder delivers the sensations of vintage machines with Softube sound quality and workflow.

“You’re in for an array of sonic spectacle and revelry. Which is to say, you’re gonna have a real good time.”

Vocoder is available now at an introductory price of €79 until 8 April 2022, after which it’ll retail at €99. It’s compatible with any DAW that supports VST, VST3, AU and AAX plug-in formats.

For more information, and to see and hear demonstrations, head to softube.com.