Featuring two sound sections and a catalogue of multi-waveform sounds. 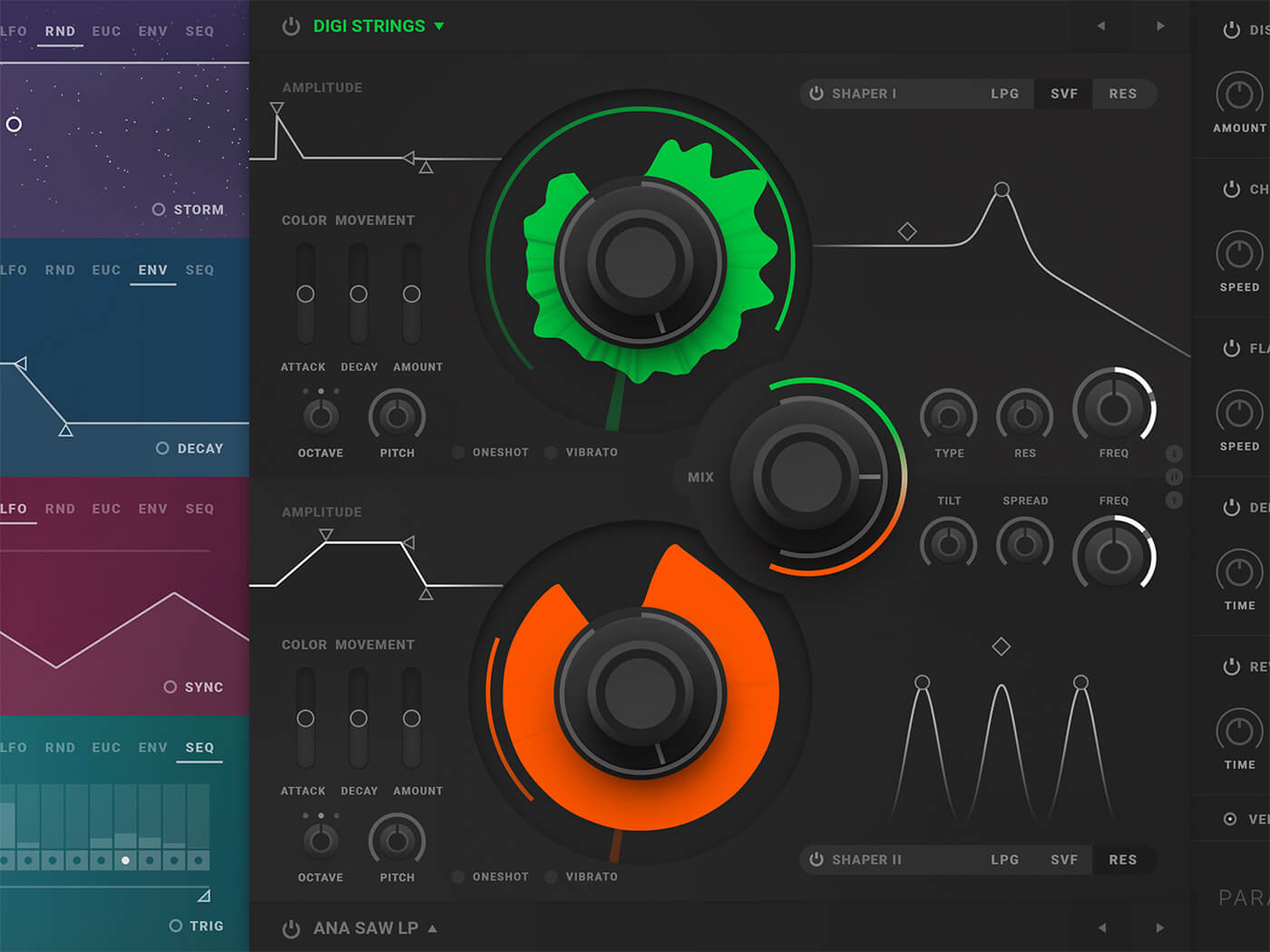 Softube has pulled back the curtains on Parallels, a plug-in that’s packed with a variety of multi-waveform synth sounds.

Parallels is designed with two sound sources, and each runs pre-recorded multi-waveforms sourced from classic synths. It offers over a hundred waveform choices at your fingertips, including digital, analogue, hard-wired, modular, FM, physical modelling and more.

The operating principle, called wavescanning, sees each 15-second waveform played forward then backwards, with the playhead bouncing from one end of the waveform to the other. Over the course of the 15 seconds, each snippet undergoes some kind of sonic progression, such as a filter sweep, for instance. The playhead movement within each waveform can be modulated, too, creating “almost infinite sounds-per-sound”, according to Softube.

Additionally, up to seven voices can be allocated to each source, meaning that a maximum of 14 voices can be employed when both sources are active.

To further shape your synth sounds, the plug-in provides you with different types of filters, modulation sources, and effects, which are detailed below: