Sequential to launch a new five-voice polysynth, according to leak

The synth was listed online by a German dealer before any official announcement was made. 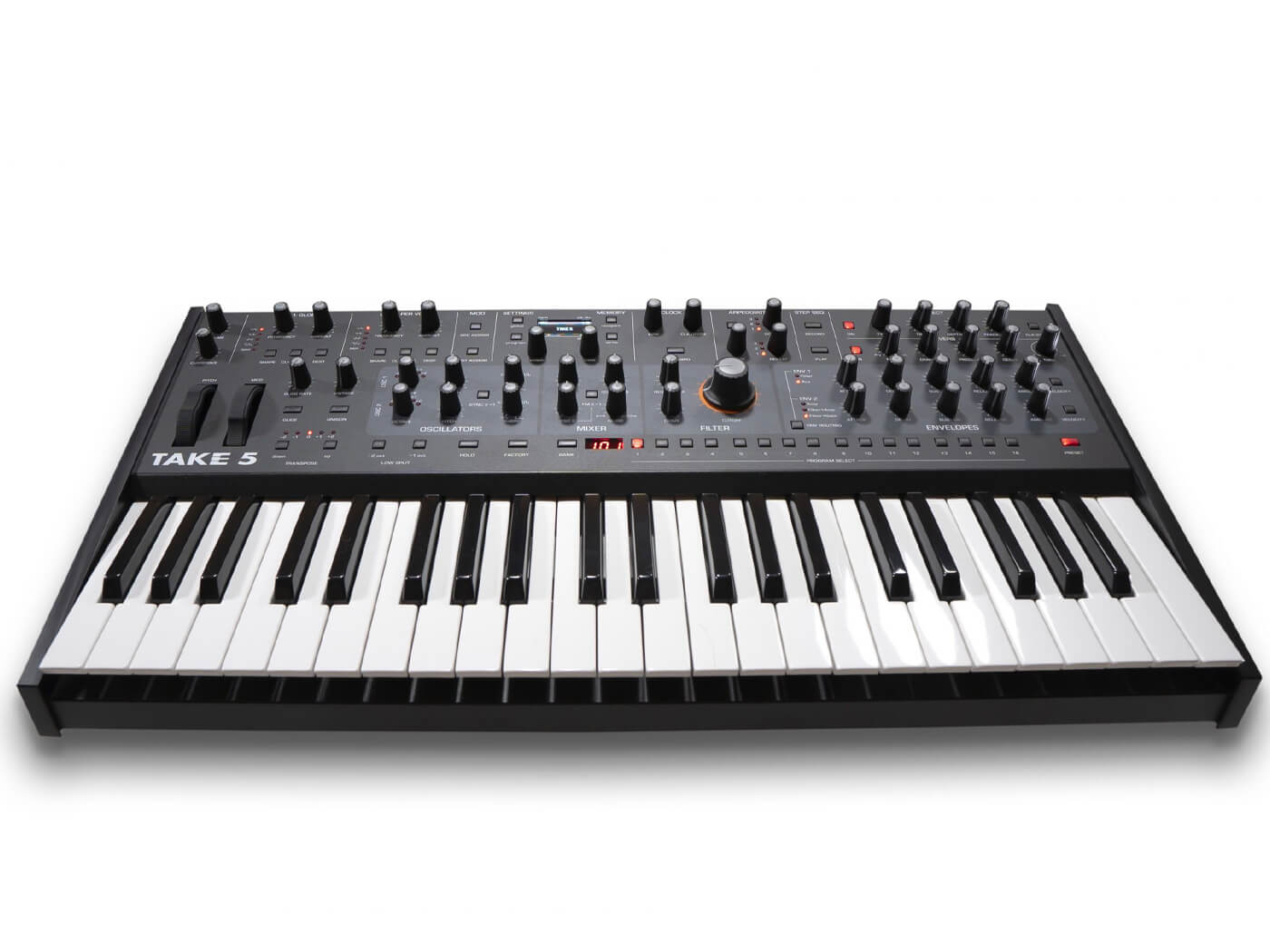 An online leak has suggested that a new polysynth from Sequential called the Take 5 is on the way.

The synth was allegedly leaked by German dealer Abtmusic, which listed it online with a full spec sheet and images. Sequential has not made any official announcement yet for the synth.

The Take 5 was described as a five-voice polyphonic synth with two analogue VCOs per voice with continuously variable waveforms, hard sync and a square sub-octave generator. It was also said to feature FM capabilities and a four-pole filter based on the Prophet 5 Rev 4.

The synth was stated to have two five-stage envelope generators (DADSR), two multi-wave LFOs for modulation and a range of digital effects covering reverbs, delays and modulation, along with an overdrive section.

Images also show that the Take 5 will have Sequential’s Vintage control knob, which introduces oscillator micro-fluctuations and other interesting sonic anomalies.

Along with that, there also appears to be a 44-note keyboard, arpeggiator and sequencer. The publication further wrote that users will be able to split the keyboard into separate performance zones covering different octave ranges.

The Take 5 would be the first synth released by Sequential since their acquisition by Focusrite PLC in April, 2021.

The Take 5 is listed at €1,299. We’ll be keeping watch for an official announcement from Sequential.