Sequential’s Prophet-5 and -10 are back, drawing the best features from past generations

Modern features from MIDI connectivity to selectable filters from past models find their way onto the classic synth. 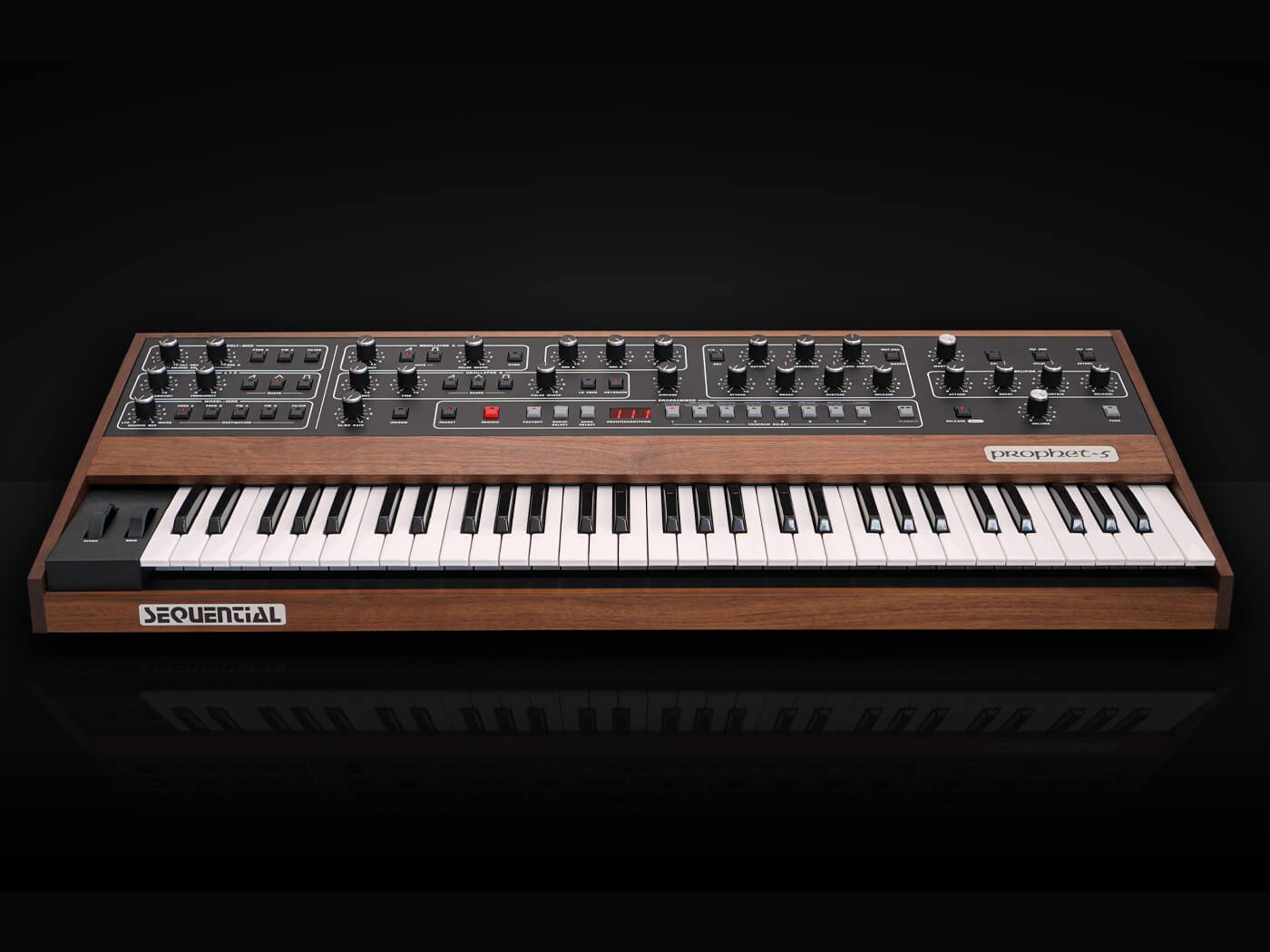 Sequential has reintroduced the iconic Prophet-5 – culling the best features from previous generations for a comprehensive reboot of the landmark analogue synth. As well as this, the Prophet-10 has been announced to return; both were planned to coincide with Sequential founder and synth maker Dave Smith’s 70th birthday.

Like its predecessors, the new Prophet-5 offers the same five-voice operation, and is equipped with two multi-waveform analogue oscillators, resonant analogue low-pass filters plus amplifiers and amplifier envelopes for each voice. For modulation, there’s a classic multi-waveshape LFO and Poly Mod onboard.

The Curtis VCOs and filters from the Prophet-5 Rev3 make it onto this latest iteration, as well as a Dave Rossum-designed SSI 2140 filter, which updates the ones found on the Prophet-5 Rev1 and Rev2. You’ll be able to select each of these with a ‘Rev’ switch on the front panel.

A new feature on the upcoming version is the ‘Vintage’ knob – a sort of time machine which lets you rewind the synth’s sonic characteristics starting with the new, stable Prophet-5 Rev4, and going all the way back to the temperamental Prophet-5 Rev1. For even greater authenticity, Sequential has included the original’s factory sound set.

Visually as glorious as the original, the new Prophet-5 is housed in a premium enclosure fashioned out of steel and hand-oiled sustainable black walnut. Its keyboard is a five-octave, semi-weighted Fatar keybed.

The original Prophet-5 was first shown off at the 1978 NAMM show and remains a beloved and highly-coveted instrument. Clones of the synth have been developed by industry giants such as Behringer, to smaller independent synth makers such as PikoPiko Factory from Japan.

For creator Dave Smith, the chance to bring back the classic synth for a new generation of music makers was an opportunity too good to pass on.

“It’s not often that you get to revisit your past, retrieve some of its magic, and give it new life,” Smith said in a statement. “The Prophet-5 was one of the most exciting instruments to appear in an equally exciting time for music and technology. It’s gratifying to rediscover that its sound and aesthetics are just as appealing now as they were then.”

The Prophet-10 – the 10-voice version of the synth – is also set to make a return. “I originally designed the first Prophet in both five-voice and ten-voice versions. But the five-voice model was the one that achieved mass production,” Smith said. “We thought it would be fun and fitting to reintroduce the ten-voice as well, to make the circle complete.”