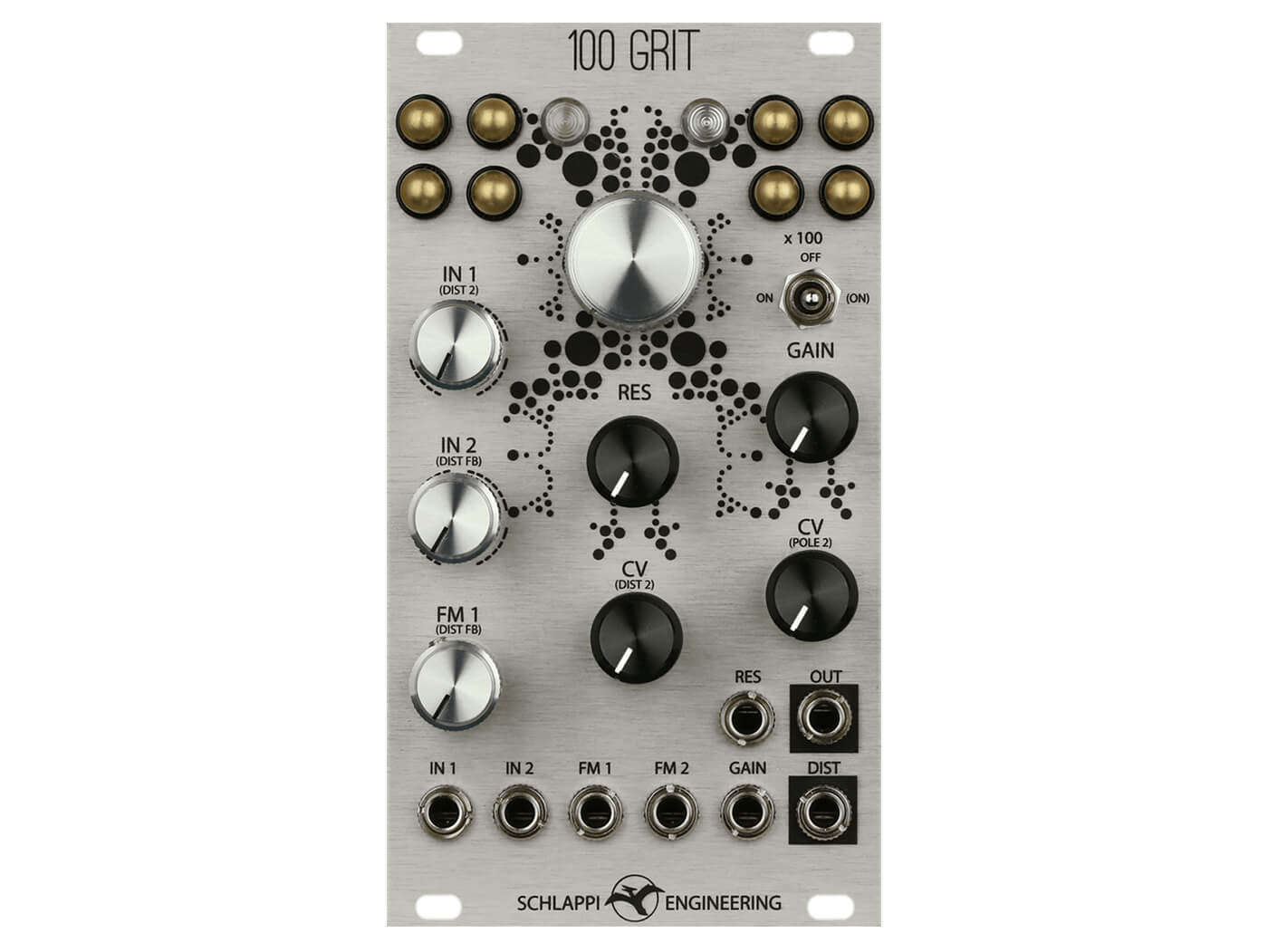 Back at Superbooth 2019, Schlappi Engineering unveiled the 100 Grit, a low-pass filter and distortion module for Eurorack. The device is now shipping with either silver aluminium or black PCB panels.

100 Grit has multiple usages: it can be employed as a vintage-voiced VCA and LPF or take on the role of a “screaming” distortion generator. Zooming in on the module’s constituents, the LPF is described as a 24dB self-oscillating transistor ladder type while the VCA is based on an OTA circuit.

The distortion circuit, on the other hand, takes its cues from a cranked headphone amplifier circuit. You can tweak the distortion’s level of gain – which is CV-controlled – for an array of heavy and extreme sounds. There’s even a three-way x100 gain switch – with off, on and momentary-on modes – to add a bit of spice to your distortion.

Last but not least, the 100 Grit sports eight brass ‘touch points’ that can be used for touch-controlled rate modulation as well as piercing crackle-like noises.

Retails at $260. More info at schlappiengineering.com.