The software rendition uses advanced modeling and waveform data rather than samples. 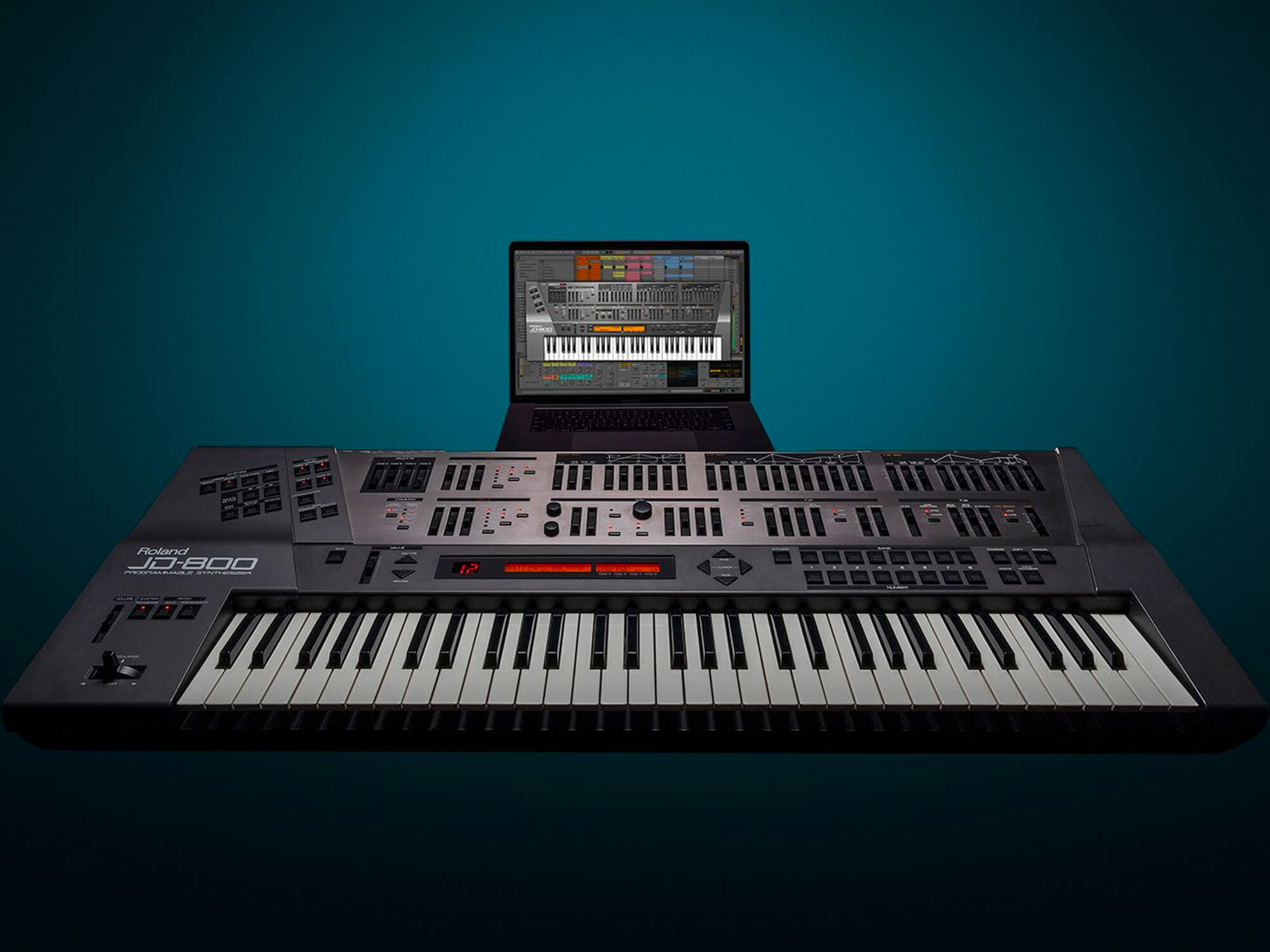 Roland has added the JD-800 synth to its Legendary software line-up for Cloud subscribers, bringing along new features and added flexibility to suit modern production workflows.

The JD-800 – which celebrates its 30th birthday this year – was only produced between 1991 and 1996, but remains a sought-after synth by musicians, composers and producers alike.

The digital synth is known for its wide range of parameters and performance controls, which manufacturers of the time were moving away from in lieu of a simpler, preset-driven design ethos.

The software rendition of the synth is said to be “painstakingly crafted” to not only sound but behave just like its hardware counterpart. It leverages advanced modeling methods and waveform data rather than sampling to ensure an authentic experience.

This means you get Roland D-50-style waveforms with multimode resonant filters, and because a single JD-800 patch is made up of four voices, you’ll be able to craft some truly complex sounds.

One of the ways Roland has given the synth even more flexibility is with its effects section, which has a signal flow rearrangeable through drag-and-drop. On top of a master EQ, are seven effects – chorus, phaser, enhancer, distortion, spectrum, delay, and reverb – with independent controls.

Other features include a scalable interface, 64 presets from the original hardware synth and 64 new presets that showcase the JD-800’s talents in a more modern light.

Earlier this year, Roland also released a Zen-Core Model Expansion of the JD-800, making it only available to Zenology and Zenology Pro users. The new JD-800 Roland Cloud version brings the iconic synth to all users.

The JD-800 software synth comes in VST3, AU and AAX formats for Mac and Windows. As with the rest of the Legendary series, the synth is available to Roland Cloud Ultimate subscribers ($199 a year). There’s also a 30-day trial of the subscription available if you want to take the JD-800 on a test drive.