It comes with unlimited track numbers, time-stretch and more. 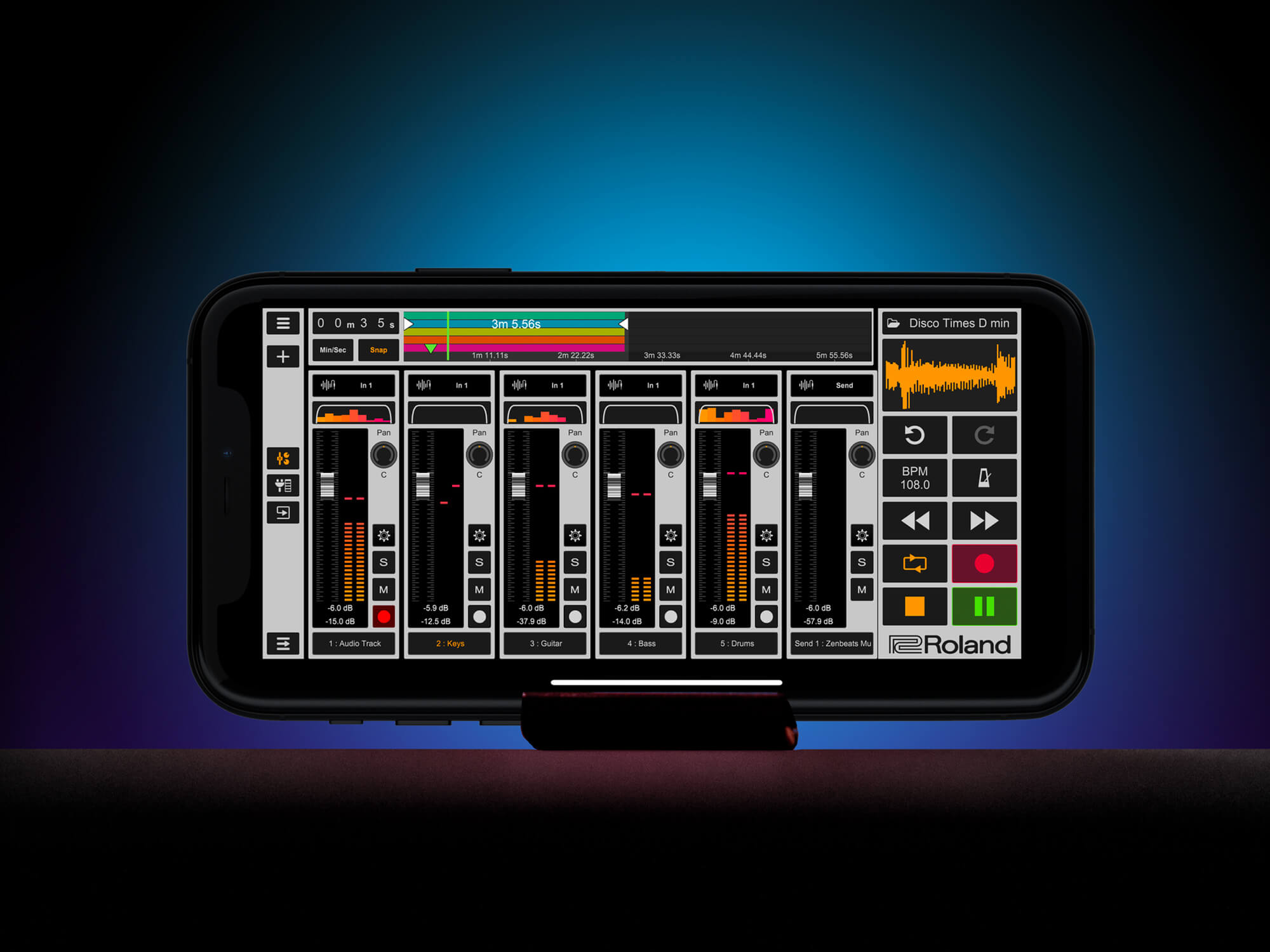 Zentracker is a new mobile DAW from Roland that aims to let music-makers record ideas quickly and flesh them out with built-in mixing and editing tools. It comes in a free version, as well as a more powerful Membership edition for Roland Cloud subscribers – more on that below.

The app doesn’t put a limit on track numbers, so you can layer as many instruments as your phone or tablet can handle. Each channel has its own volume, pan, mute and solo controls.

Zentracker also supports a number of recording options, including punch-in and region recording. And to get you started creating quickly, Roland supplies 200 loops onboard.

Editing tools let you move, copy, cut or splice takes, and also include some heavier features such as time-stretch and reverse, as well.

Coming to effects, the free version starts you off with seven types: EQ, Reverb, Compressor, Delay, Chorus, Flanger and Auto Wah. Each channel lets you stack two at a time and has two sends. If things start running a bit slow, you can take advantage of track freeze to temporarily bake in effects and settings.

On both versions, you’ll be able to store projects onto Microsoft OneDrive to share with collaborators. Google Drive support is also planned for future implementation.

Unlike Roland’s Zenbeats platform, Zentracker doesn’t appear to support emulations of Roland’s classic hardware. The trade-off here seems to be that you’re given a more DAW-like workflow, rather than being restricted to MIDI patterns and samples.