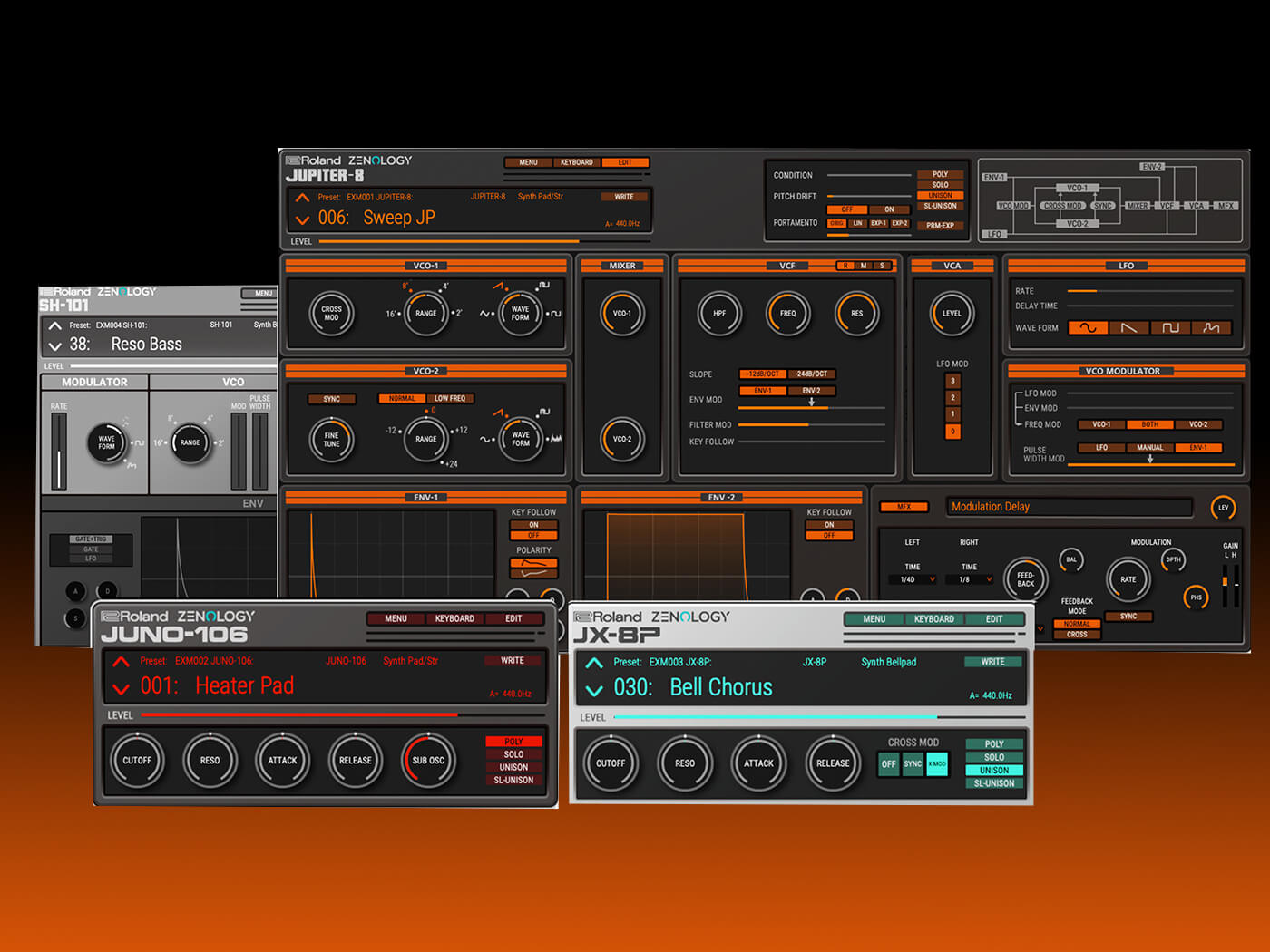 Although the launch of the Zenology plug-in was only in May 2020, Roland has already begun to expand on its power by unveiling Model Expansions. This update uses the power of the ZEN-Core Synthesis System and Roland Cloud to transform Zenology into an authentic emulation of classic Roland synths.

Although these virtual instruments are based on hardware legends, Model Expansions is said by the brand that “the possibilities go far beyond vintage”. Roland hints that the ZEN-Core Synthesis System may be used to create new synths, including hybrid designs inspired by currently available hardware.

The Zenology platform also ensures that the user-experience of Model Expansions is intuitive, with clear, re-sizable interfaces that complements the DAW workflow. It boasts efficient CPU usage and high polyphony while delivering the realism and authenticity of legendary Roland sounds. Users can also swap Model Expansions and load sounds instantly, with no disruption to their creative flow.

To access Model Expansions for Zenology, users will require a Pro or Ultimate membership of Roland Cloud. Pro memberships cos $99/year or $9.99/month, while Ultimate costs $199/year or $19.99/month. All paid subscription levels – including Core – start with a free 30-day trial of Ultimate, so all users can try out all Model Expansion titles and other Ultimate features. Any Roland Account holder can also purchase Lifetime Keys for individual instruments, meaning a subscription will no longer be required to access them.

Find out more at roland.com