Are you ready to be ‘bathed in a sound shower’? 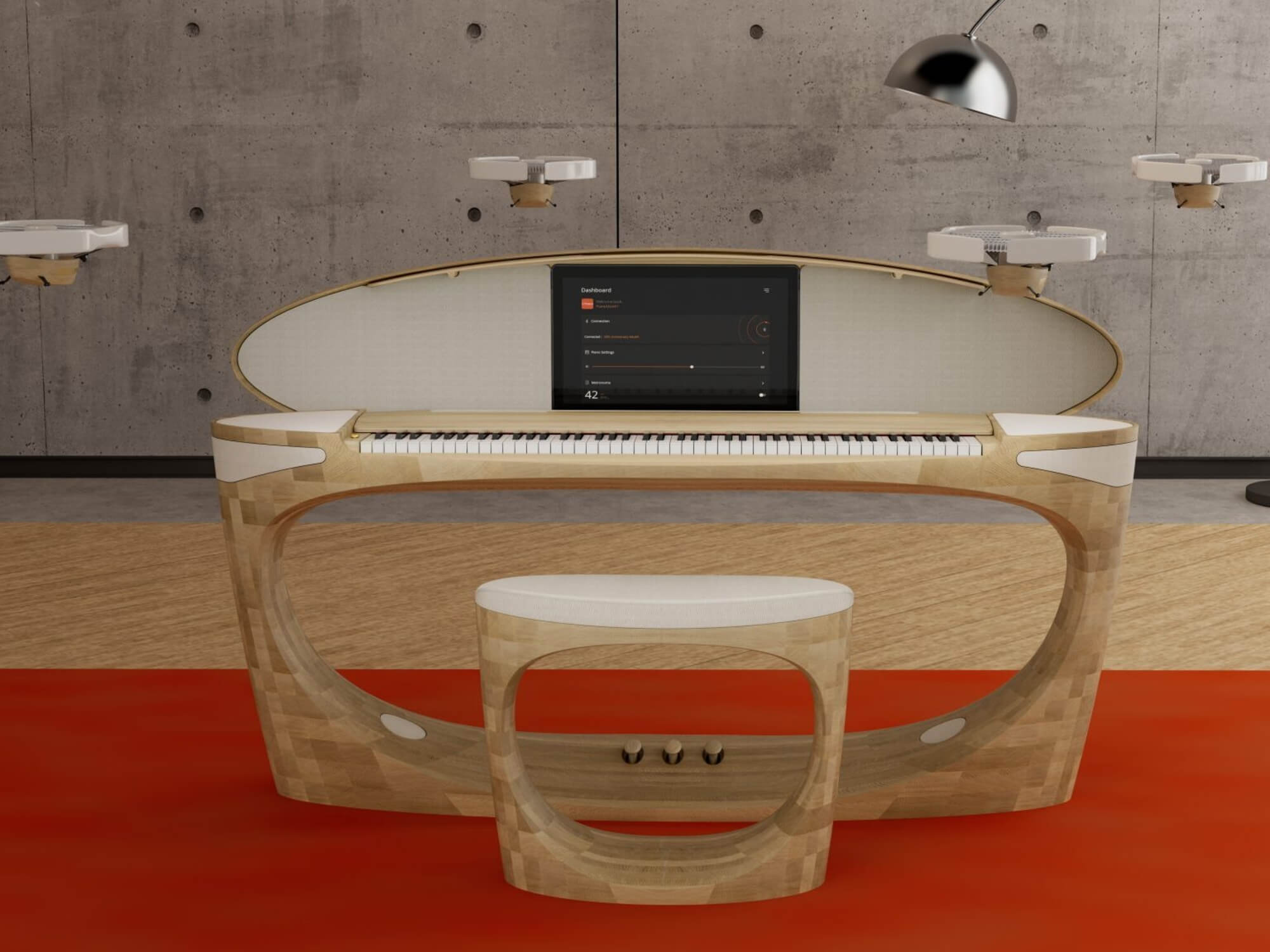 Debuting at the recent CES 2023, Roland’s anniversary concept piano features a striking one-piece body made of Japanese oak and a touch panel embedded unto its lid.

And in true over-the-top-concept-fashion, the instrument is complete with flying drone speakers that “hover over the piano” and “bathe the player in a sound shower”. The drones are designed to float around and change positions, and they communicate with the instrument on a dedicated low-latency channel developed in-house by Roland.

Since the aim was to create a speaker system that can replicate the immersive sound of an acoustic piano, the instrument also comes with integrated ‘speaker balls’ that alter the sound field according to the type of piano you’re playing.

Featuring 14 general 360-degree speakers — seven on the right and seven on the left — the concept piano is capable of recreating a three-dimensional sound space not achievable with conventional stereo speaker systems found on digital pianos.

The drones then add to the realism by mimicking the reverberant reflections that you hear when playing an acoustic piano.

That said, the use of drones does come with its drawbacks. Roland says that the drones’ propellers are still somewhat noisy for now, though they will be able to implement quiet drone technology as it becomes available.

Inspired by French composer Erik Satie’s idea of “Furniture Music” — or in Roland’s words, “music that becomes like furniture in a space” — the concept piano is the culmination of years of technological evolution from the brand.

“Beginning with the EP-10, we installed sounds from 1973, the RD-1000, JD-800, V-Piano, SuperNATURAL, and other historical sounds. This allows you to relive the evolution of technology since the introduction of the digital piano in 1973.”

Feast your eyes on Roland’s 50th Anniversary Concept Piano. It’s made of a single piece of molded Japanese oak. It's paired with floating drone speakers for real immersive sound. #CES2023

Check our liveblog for the most exciting tech so far: https://t.co/kNsX7nghFN pic.twitter.com/wUX1ZjB07m