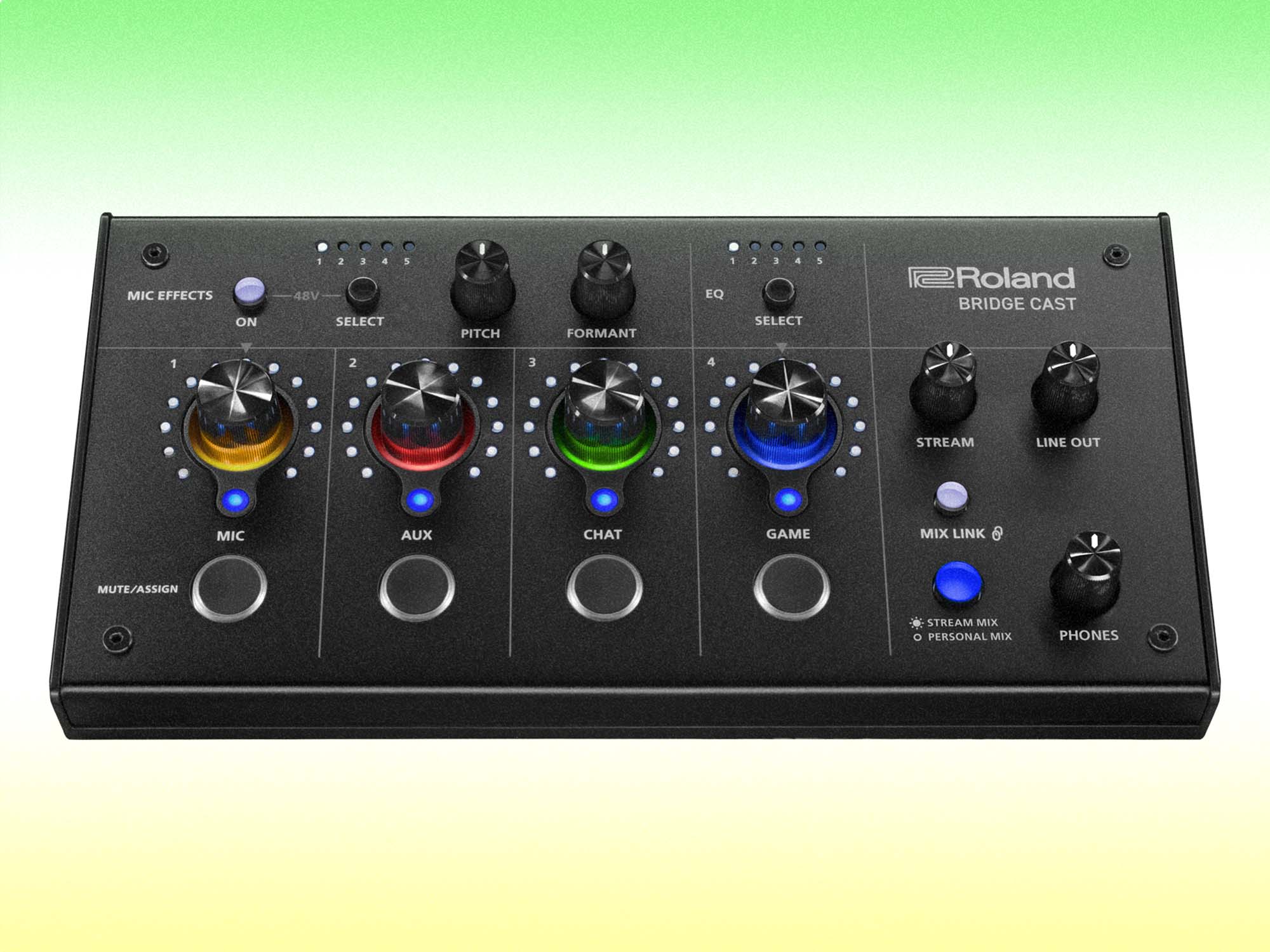 The desktop hub is described by Roland as being “packed with secret weapons” and offers premium audio playback with a simple set-up.

A dual audio mixer means you can independently balance the mic level, team chats, gameplay sounds, and background music for you and your viewers. It features four dials for mic, aux, chat and game, with smaller dials for pitch and formant. A selection of mic effects can also make your streams that little bit more entertaining.

Check out the video below for a deeper look into the Bridge Cast:

Audio and panel functions can be customised via a companion app, and the hub itself can also be personalised due to a downloadable skin template and detachable faceplate on the console itself.

Bridge Cast is set to be available this month for a price of $299.99. Find out more at Roland.com.