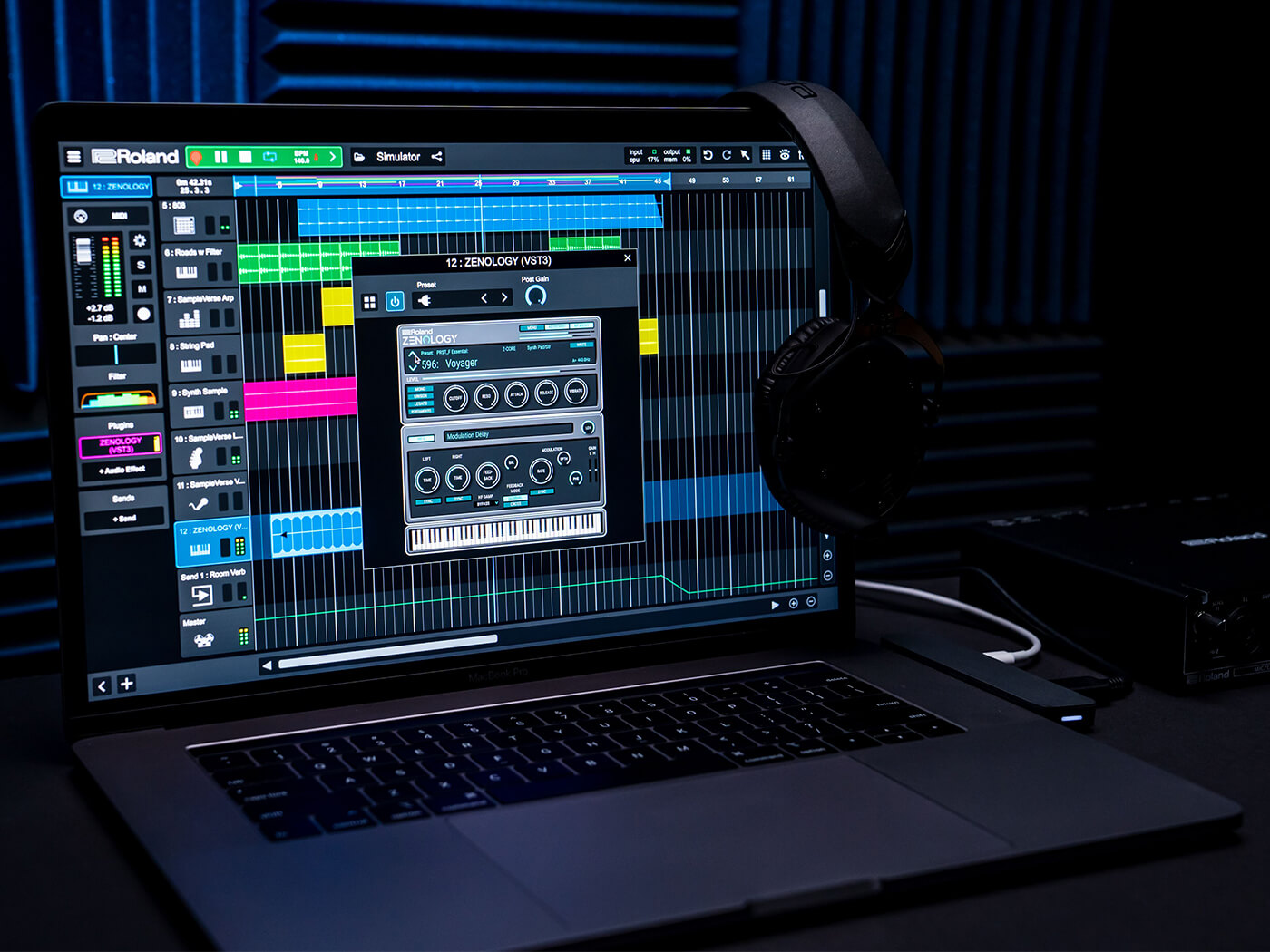 In January, Roland unveiled its ZEN-Core Synthesis System – which the company called “the most advanced sound engine ever made by Roland”, and the culmination of its five-decade-long experience in synth building. Now, the company has unveiled ZENOLOGY, an in-the-box version of that very synth engine that boasts “seamless sound compatibility” with their equally-equipped hardware.

The main idea behind ZENOLOGY is its integration with Roland’s ZEN-Core equipped hardware, such as the Fantom, Jupiter-X and RD-88. Music-makers can easily import, edit, create and organise patches to be used on hardware instruments – and vice versa.

Consequently, ZENOLOGY will pack a lot of sounds – “an endless stream of new sounds and engine expansions”, according to one of the company’s videos. The idea is that it would grow into a massive sound bank, with “leading artists and sound designers” alike contributing the pieces.

Through a straightforward UI, music-makers will find categorised sound banks, genre-specific patches, and model expansions of classic Roland synths – like the Jupiter-8, Juno-106, SH-101 and JX-8P – added over the coming months.

On the topic of instrument emulation, ZENOLOGY, like its hardware counterpart, makes use of Roland’s Analog Behavior Modeling (ABM) – which, above replicating core synth functions such as oscillators, filters and modulators; takes into account factors including pitch drift due to temperature variation, note triggering latency, voice-to-voice variations, and other esoteric vintage synth quirks.

At launch, ZENOLOGY will feature 3,597 sounds, and 80 drum kits; while ZENOLOGY Lite brings 176 sounds, and 6 drum kits. Sound designers, in particular, can look forward to the forthcoming ZENOLOGY Pro, which bakes in the ZEN-Core’s deep synthesis capabilities.

All editions are available only to Roland Cloud members, with a Lite edition available for gratis to anyone with an account.