The MC-707 and MC-101 are standalone production units for electronic musicians. 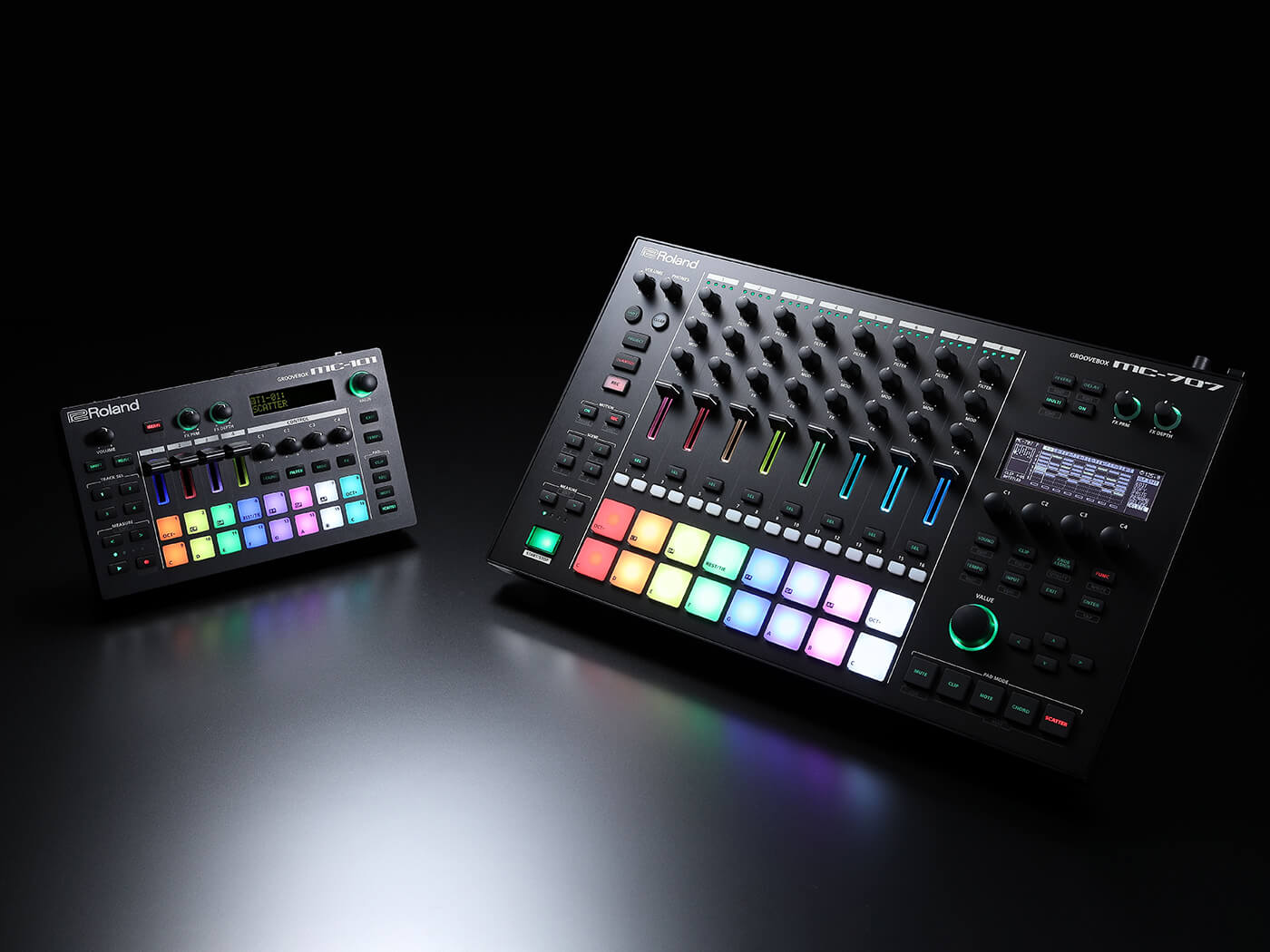 As part of its ongoing 909 Day celebrations – which have included the announcement of new Fantom, Jupiter and Boutique synths – Roland has launched the MC-707 and MC-101 Grooveboxes, bringing the iconic MC series back into the fold.

The original MC-303 Groovebox was launched in 1996, and evolved over the next decade by incorporating workflows from Roland’s TR drum machines. The Groovebox is best known for helping users with little musical training to create songs based on their musical sensibilities.

By combining their predecessors’ ease-of-use with modern technology, the new standalone production tools are billed as equipping electronic musicians with “more creative power than ever before”, according to Roland.

The MC-707 boasts features that’ll help you compose songs or perform live in the absence of a computer. These include eight-track recording, an Ableton-style clip-launcher workflow with scenes, 16 “ultra-sensitive” pads, a TR-REC step sequencer and DAW-integration. You’ll also be armed with a wealth of studio-grade effects plus an assortment of sounds, loops and phrases.

One of the features we enjoyed the most about these devices in our brief demo was the inclusion of faders for quick arrangement changes.

The MC-101 is a condensed, four-track version of the MC-707 that’s targeted at on-the-go creators. The device runs on four AA batteries, which give you up to five hours of music-making.