The four-track emulator also lets you play samples monophonically like a Mellotron. 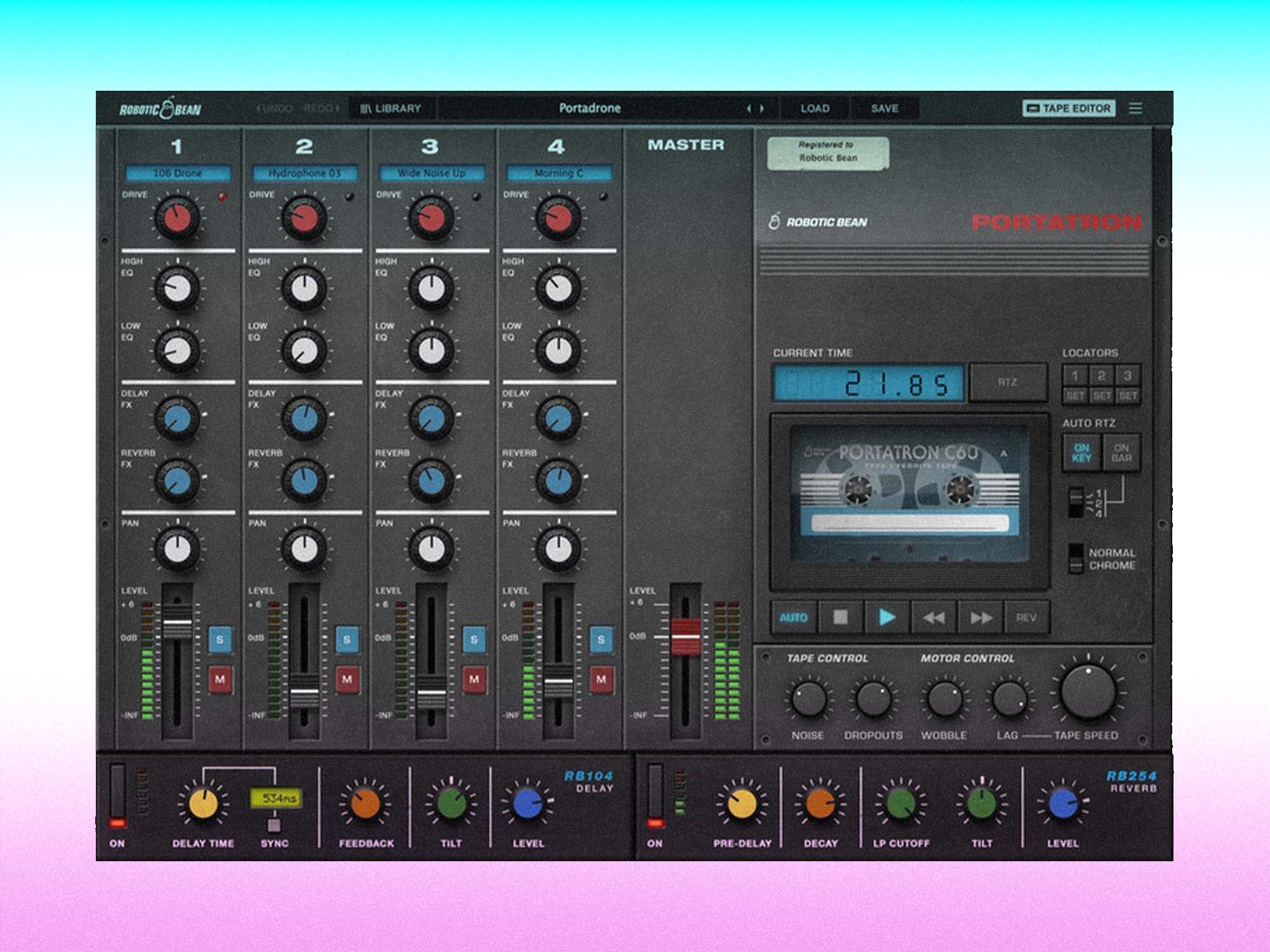 Robotic Bean has announced Portatron, a plug-in that emulates the warm and wobbly qualities of the Tascam PortaStudio.

Portatron brings the experience of working on a four-track tape-powered recorder into the box, with the ability to combine your own samples or choose from hundreds included in a library, including piano, vibraphone, vocals, and synths, along with hydrophones and shortwave radio.

There are some interesting play modes that step outside of the PortaStudio’s functionality, including the ability to monophonically play loops like a Mellotron. This, coupled with Portatron’s ability to work with your session to perform time-synced loops, give loads of potential for many styles of production.

No cassette tape simulator would be complete without the ability to fine-tune the sound of its tape signal. Portatron gives you options to adjust tape speed, dropouts, noise, wobble and start/stop lag. Plus, you get to choose between the characteristics of normal or chrome tape and push signals over the top with a drive control.

To round things off, Portatron also gives you delay and reverb sends, along with EQ, level and pan parameters on the channel strip of each track. We can definitely see this one being popular with lo-fi producers. Check out Portatron in action here.

If you’re in the market for an officially licensed emulation of the PortaSound (along with virtualisations of other legendary tape platforms) you could also look into IK Multimedia’s Vintage Tapes collection, created in partnership with Tascam.

Portatron is available now at an introductory price of $89 (usually $129).

Learn more or try a demo now at roboticbean.com