Creator Rob Papen described it as having a “Dr. Jekyll and Mr. Hyde” split-personality. 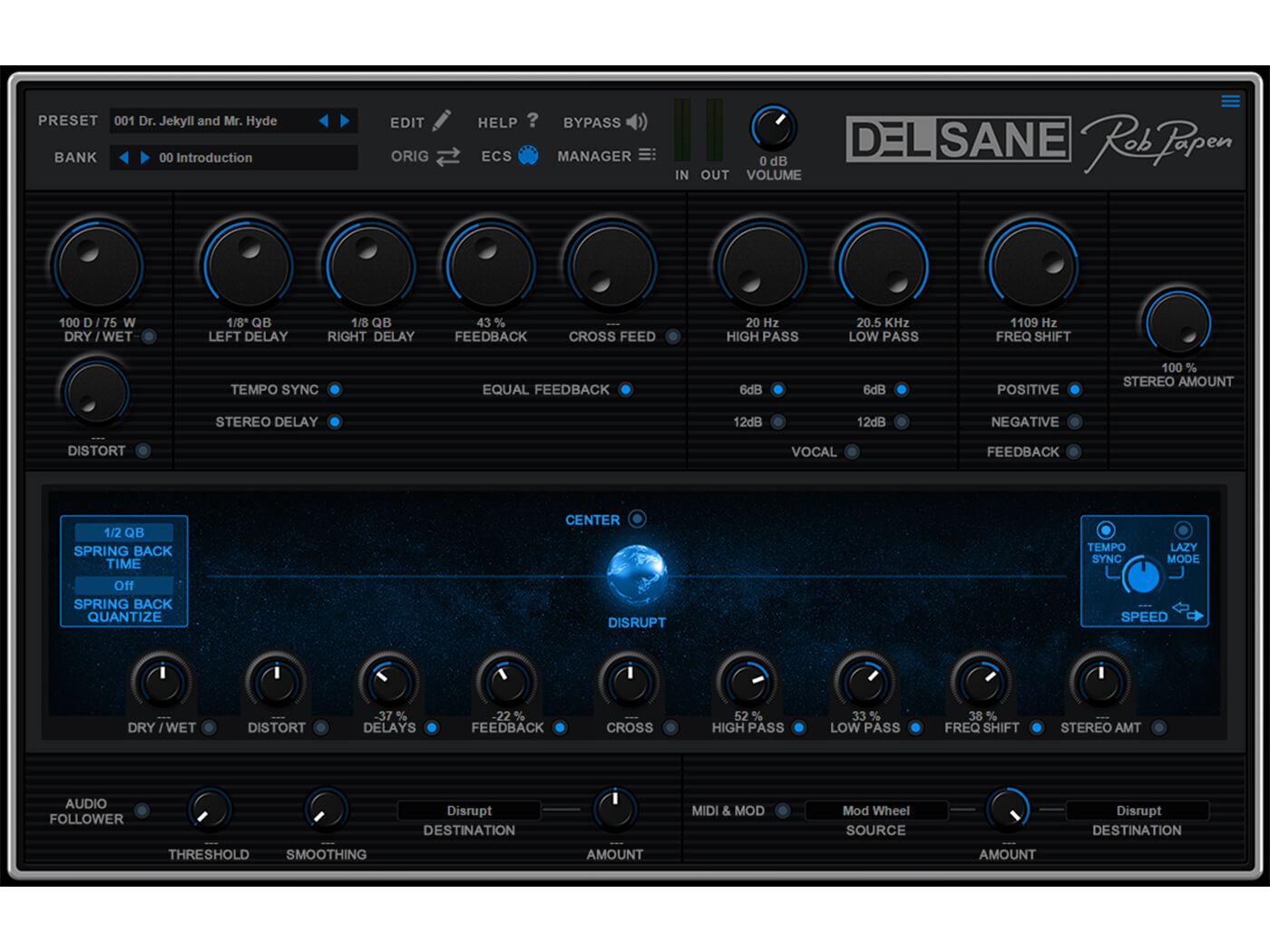 Rob Papen has announced his latest plug-in, DelSane. It’s a stereo tape delay that can be deployed as a smooth tape delay or as an out-there effect.

You can run DelSane as a traditional delay in mono or stereo, with access to your usual fare of delay controls. On top of that, DelSane offers a few interesting parameters that favour a more creative focus.

One control that stands out is the Disrupt slider, situated in the centre of the plug-in. This controls a cocktail of parameters that can quickly net you some wild sounds. Its default setting – which snaps the control back to the centre – lets you either ramp up the effect slowly or in short, eccentric bursts. There’s also a Lazy Mode, which sets up oscillation at a pre-determined rate.

DelSane’s two filters – a high-pass and a low-pass – are also unique. Both of these have been designed for vocals and have vowel and frequency controls. Meanwhile, a frequency shift parameter allows you to ‘pitch’ the output downwards or upwards.

Finally, Audio Follower options let you tie one parameter to another, opening a host of options for live and production purposes.

Watch DelSane in action below: