The battery-shaped devices connect to a DC adaptor and come in various sizes. 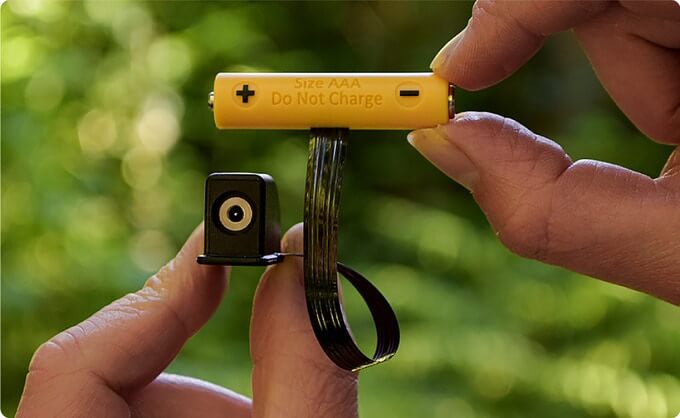 A Kickstarter campaign is underway for ReVolt, a product which lets you run gear that typically runs on batteries through cell-shaped devices that feature a DC plug.

The project aims to replace disposable batteries with battery-shaped adaptors that fit into your devices just like typical AA, AAA, C and D cells. The catch: there’s a bridge connector that links to a DC plug, allowing you to power each ReVolt through a wall plug, or via USB.

These can be used to power battery-operated music-making gear (such as the Teenage Engineering Pocket Operators and the odd cassette player) or even portable devices such as Nintendo Game Boys and more.

Taking inspiration from guitar pedal-style daisy-chaining, there’s even a way to hook up multiple devices to one another to draw juice from a single wall plug.

The mastermind behind ReVolt is Luke Brennan, who runs myVolts, a Dublin-based company focused on power solutions for home, mobile and professional devices – mostly for musical purposes.

said the brand in the Kickstarter’s description: “With ReVolt, you’ll never need to put batteries in [your devices] again. Now you can power it whichever way suits you – from a wall phone charger, a USB port on your laptop, a USB powerbank, a USB wall plug, or even from a USB solar cell.”

Watch a trailer for the ReVolt below: