The record is so tiny that it can barely be seen by the human eye. 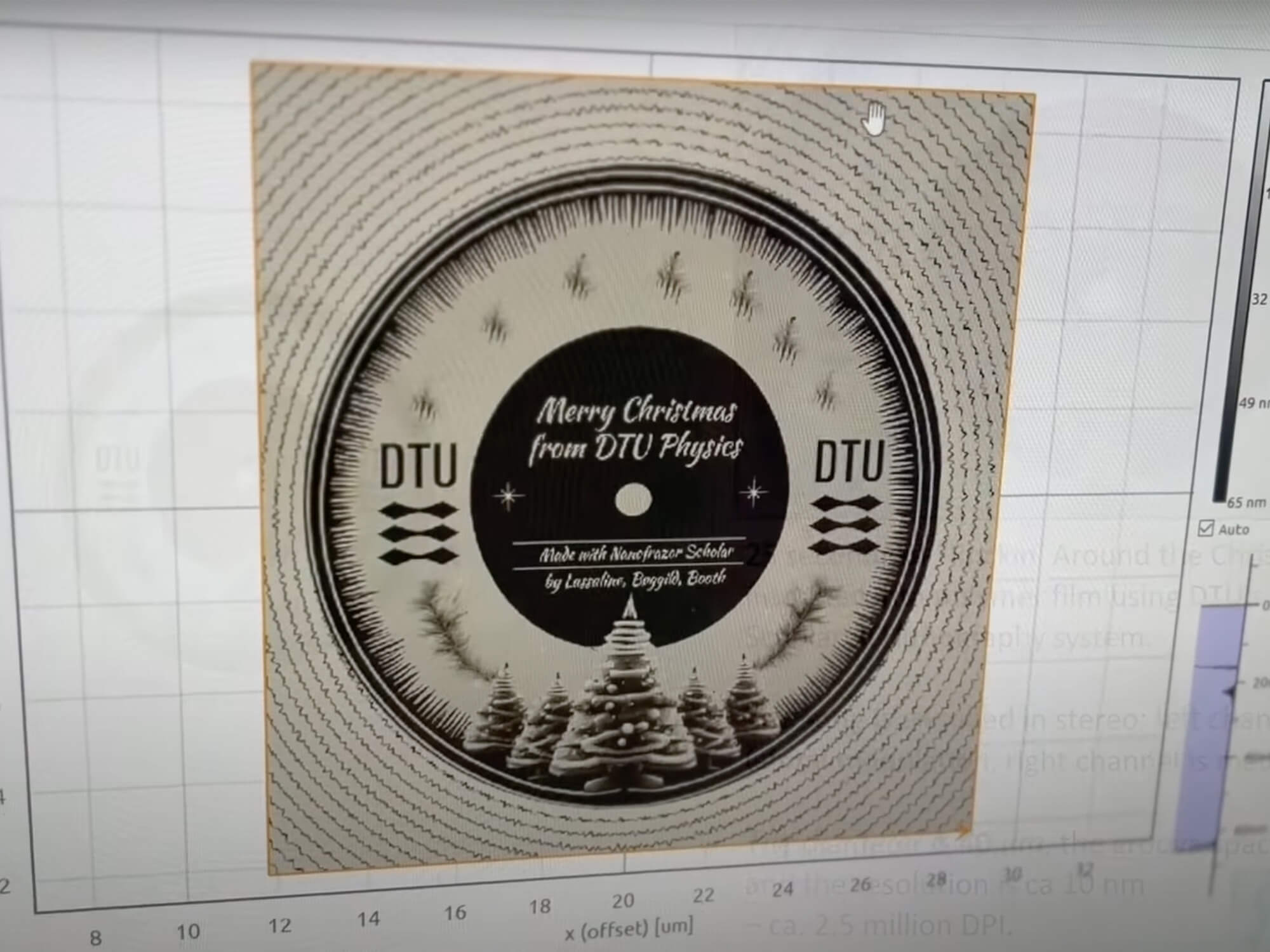 Scientists of DTU Physics at the Technical University of Denmark have created the world’s smallest vinyl record which measures just 15 x 15 micrometres.

The tiny record can barely be seen by the naked human eye and holds 25 seconds worth of the song Rockin’ Around The Christmas Tree. The classic track has been inscribed into polymer film using DTU’s new Nanofrazor Scholar 3D lithography system.

The creation was brought to life by Nolan Lassaline (who printed and cut it), and his advisors, Tim Booth and Peter Nøggild, all from the NANOMADE (Nanoscale Materials and Devices) section at DTU Physics, Technical University of Denmark.

The record has a depth of 65 nanometres which is patterned into its surface, the wiggle of its grooves provide one channel of the stereo recording and the depth provides the second. Postdoc Lassaline explains that vinyl is so small, that “the entire thing we’re patterning could actually fit within one single groove of a regular vinyl record.”

The process of creating the record can be seen in a YouTube video from NanoClips, but sadly you won’t be able to actually see or hear the real life record due to its size – the video description also jokes that the vinyl is not able to play on a regular turntable.

Although the creation is just a bit of fun, the science behind it is actually vital to the future of scientific research. Professor Nøggild explains in the video: “Another thing that also we would use this for is to make tiny magnetic field sensors that allows us to measure the currents in the brain, and for that we are hoping in the long term to create some affordable technology that would allow us to answer questions pertaining to Parkinson’s Disease and Alzheimer’s.”

Watch the process in the video below: