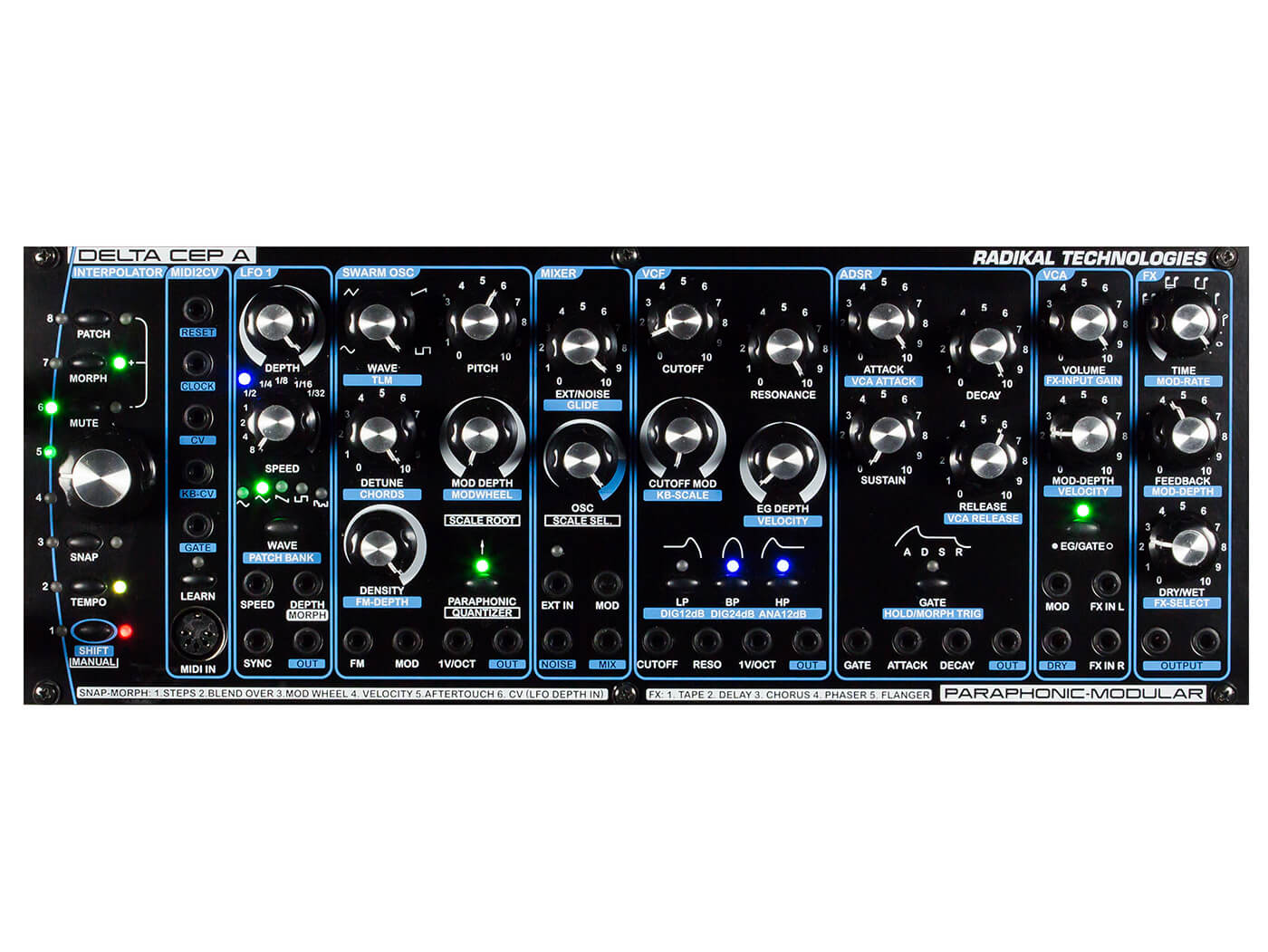 Radikal Technologies has expanded its Eurorack range with the Delta CEP A, a nine-module semi-modular synthesizer designed for entry-level users. This unit can function either as a standalone synthesizer or as part of a larger Eurorack module.

Delta CEP A arrives in a semi-modular frame which, unlike modular systems, has essential connections already hardwired. This pre-assembled feature makes the synth great for beginners getting into Eurorack, letting them first explore the nine modules in a recommended configuration before moving on to patching.

The nine modules that make up the synth are detailed below:

A standout is the swarm oscillator, which lets you pitch a bank of up to eight oscillator ‘clones’ in “musical intervals, chords, clusters, or fat detunes”, according to the brand. You’ll also be able to save all these modified parameters for future recall with the synth’s Snapshot Interpolator module.

Another noteworthy module is the MIDI to CV interface, which lets you control the synth’s paraphonic mode with a compatible MIDI device. Paraphonic mode, in a nutshell, lets you operate Delta in a polyphonic fashion. Chords played on MIDI devices patched to Delta can thus take on the form of pads and ensemble sounds.

Learn more about Delta in the video below: