Use stereo stompboxes as hardware mix effects and reamp with impunity. 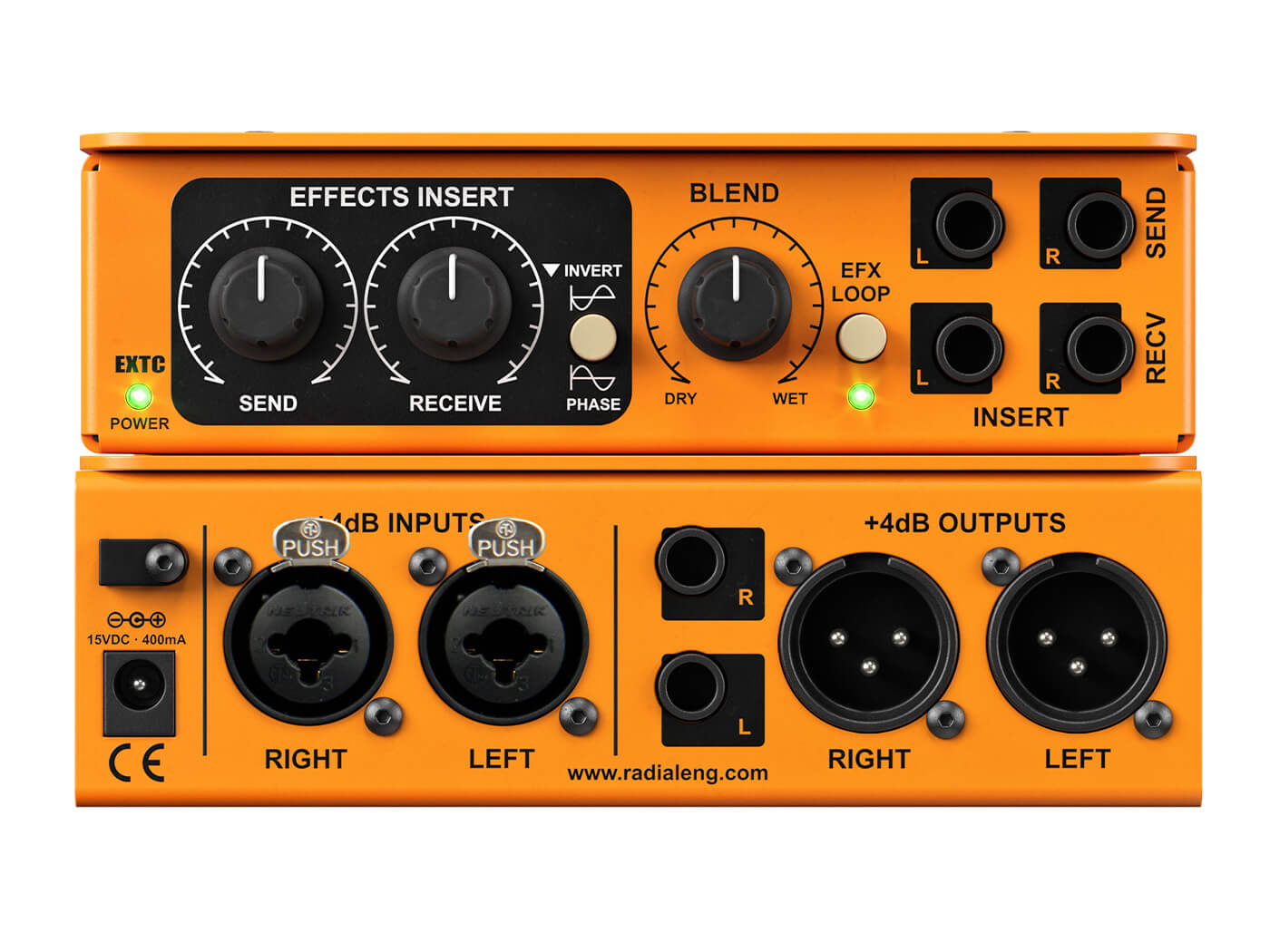 NAMM 2021: Radial Engineering has revealed several new products aimed at producers and guitarists. The EXTC-Stereo is a stereo reamping box for guitar pedals, and the JX42 and JX44 are intriguing guitar and amp switching solutions for live use.

A two-channel version of the EXTC-SA guitar effects interface, the EXTC-Stereo lets you repurpose stereo stompbox effects such as delays and reverbs in your mixes. By allowing connection of effects pedals to your audio interface’s line ins and outs, you can add a unique hands-on element to your mixes.

The 500-Series version of the EXTC is favoured by hardware lover Jack White, letting him incorporate stompboxes into his mixes for processing all kinds of sounds.

The new EXTC-Stereo has XLR and TRS connections, plus send and receive level controls, a wet/dry mix knob and an EFX loop on/off switch.

The new stereo device will be available soon and cost $350, only $90 more than the single-channel version. 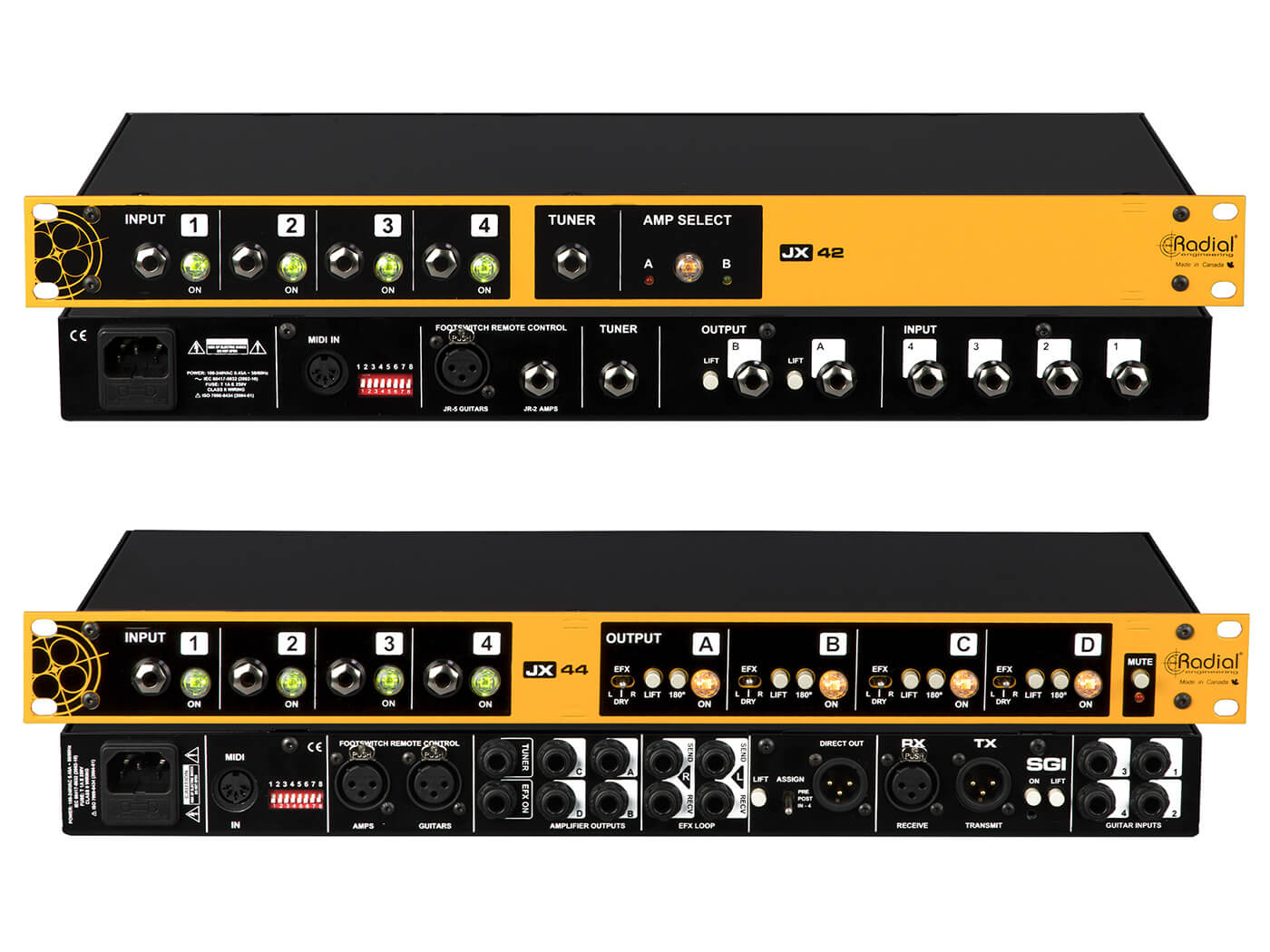 Radial’s two new guitar/amp signal switching devices, the JX42 V2and JX44 V2, are made for the touring musicians. They are both designed to allow seamless changes between up to four instruments (guitar, bass or keys) without signal colouration or undesirable pops. Critically, they have several design improvements based on professional user feedback. Firstly, it’s no longer a hard switch, meaning transitions from one instrument to the next can be seamless.

The main difference between the two devices is that the JX42 has only two amp outs, while the JX44 has four amp outs, stereo effects loop and a direct out. The direct out is useful if there’s an acoustic guitar being used on stage alongside electrics. Both allow four instruments to be connected simultaneously, with the inactive inputs automatically routed to a tuner so that techs can be prepping guitars for the next tune.

Both can also be triggered by Radial’s footswitches or via MIDI. In an upgrade to the original versions, and Jensen transformers are employed on all outputs on both devices. And, in a move that will thrill wall-wart-phobes, both now have built-in power supplies.

With touring on hold, this could be the perfect time to upgrade a live rig, and Radial is banking on this with these two products.