The “microsound collage tool” comes as part of the brand’s Lore subscription. 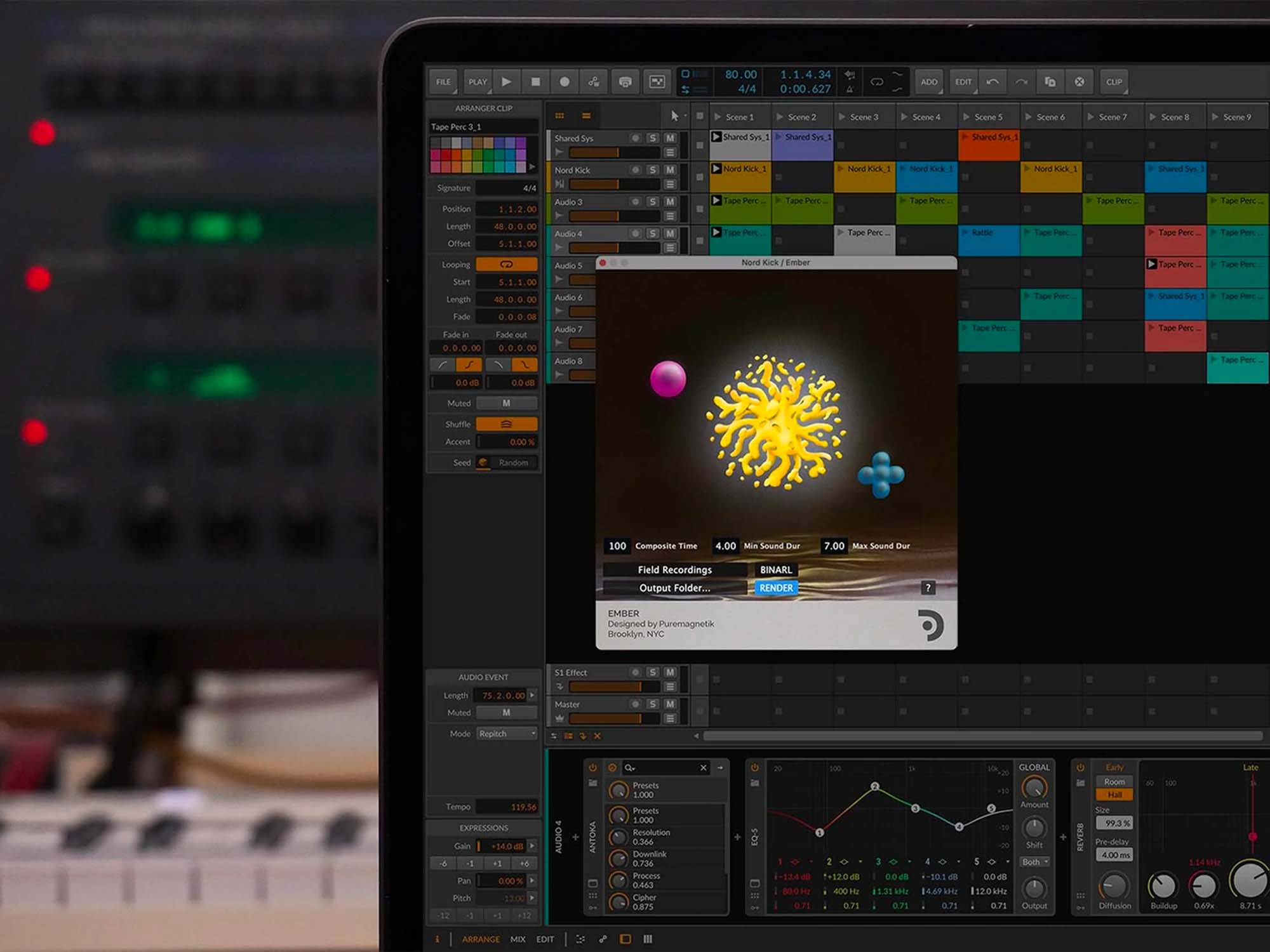 The simple interface of Puremagnetik’s Ember belies its mysterious and complex granular engine that’s capable of rearranging your sounds into an otherworldly collage – for a clearer understanding, check out the demo video below.

Ember reads from a folder of your sounds and is a “sophisticated microsound collage tool” which rearranges a random number of sounds to yield something ‘splicey’ and completely unique.

In addition to dragging two symbols on an XY graph to shape the sound, you’ll be able to set a number of parameters, including the splice length and overall length of the rendered audio and whether to employ binaural audio as well.

According to Puremagnetik, Ember was inspired by musique concrète pioneers from the last few decades, in that its goal is to create something completely from old sounds.

Updates for the software are being planned, according to the brand’s owner and lead developer Micah Frank, who told Sonicstate: “Ember is the foundation for an experimental sound workstation that I’ve been envisioning for a while. We can expect some regular updates here including – I hope – spectral tools, ambisonics support and more. Of course it will also all stay open source on my repo.”

In addition to coming in AU and VST formats, savvy producers can also implement an open-source version of the code into Cabbage, a framework for audio software development.