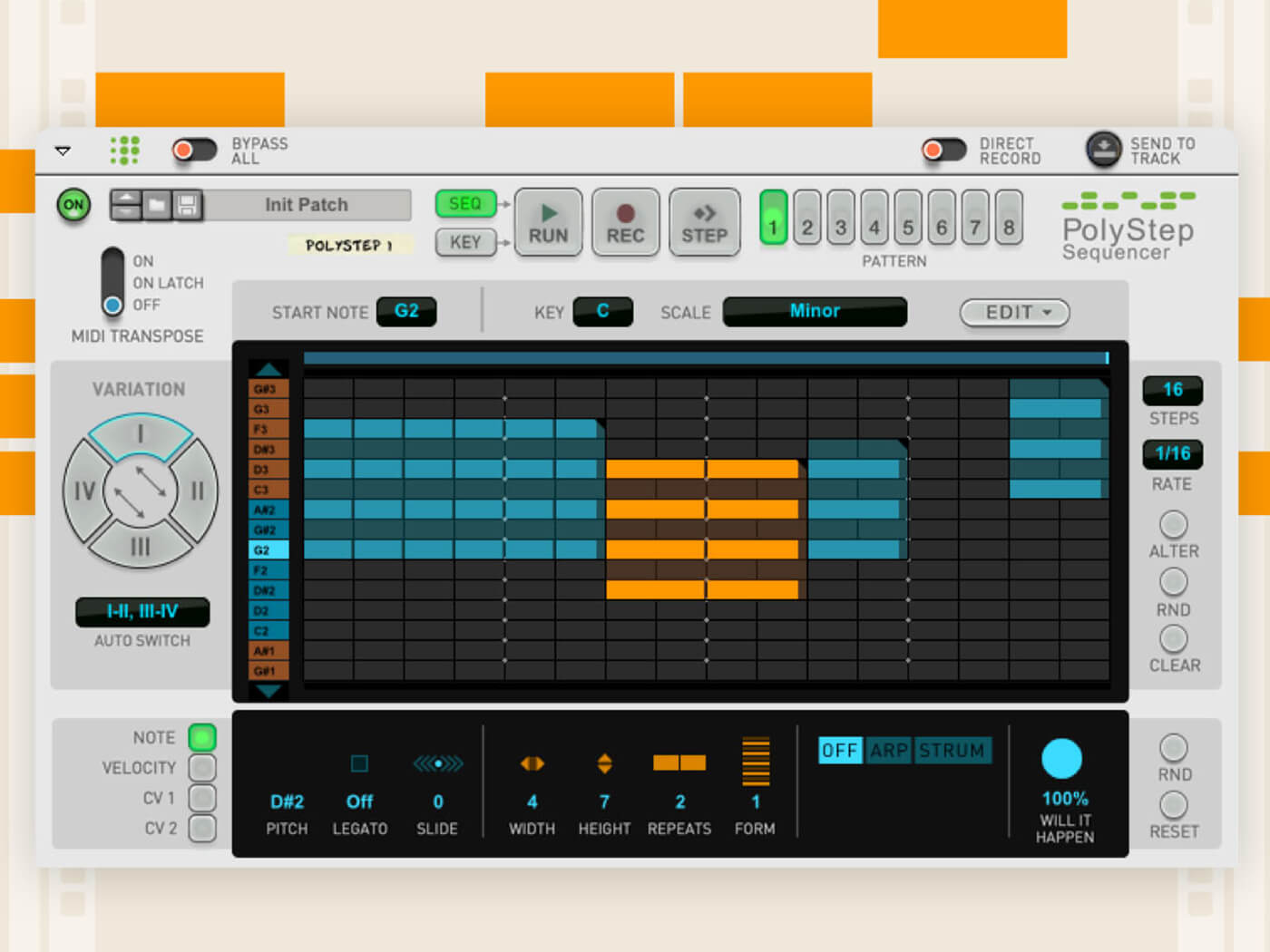 Propellerhead has revealed a new rack extension for Reason: the PolyStep Sequencer plug-in. Primarily a polyphonic pattern step sequencer, this tool can also be deployed as a phrase sequencer or a songwriting companion used to discover new harmonies. Here’s a snapshot of the plug-in’s features:

A new way of creating sequences

The plug-in promises a fresh outlook on crafting sequences – notes are drawn in or recorded with step input before PolyStep Sequencer turns them into interesting melodies.

An example can be seen from how the plug-in interprets chord progressions or structures. By dragging single notes either horizontally or vertically, you can create ‘boxes’ which the plug-in then transforms into “amazing chords, repeats, arpeggios or strumming”, according to the Swedish brand.

PolyStep Sequencer is geared towards creativity by letting you freely improvise on your arrangements. It arms you with eight patterns, each of which can handle up to four variations. The variations can be switched around manually, randomly or in sequence.

For the more detail-oriented, Propellerhead’s latest tool lets you modify the properties of each note. Parameters that can be changed range from basic types such as pitch and velocity through to more complex ones like probability, timing offset and legato.

When applied to the ‘boxes’ detailed earlier on, the note properties take on new currency – they’ll give you the ability to set repeats, change the density of chords and alternate voicings, as well as modify settings for both arpeggios and strumming patterns. Interestingly, the plug-in also has a ‘scale-aware playback’ function that nudges all notes outside of the scale to be in key unless you so desire.

Besides its unique sequencing features, the plug-in is also equipped with useful real-time functions. These include recording in real-time – thanks to step and graphical input options – as well as real-time transposing of sequences from a MIDI input.

Hear the PolyStep Sequencer in action below:

Retails at $69. More info at propellerheads.com.