The Air Motion Transformer (AMT) tweeter is said to help bring a “greater sense of space” to playback. 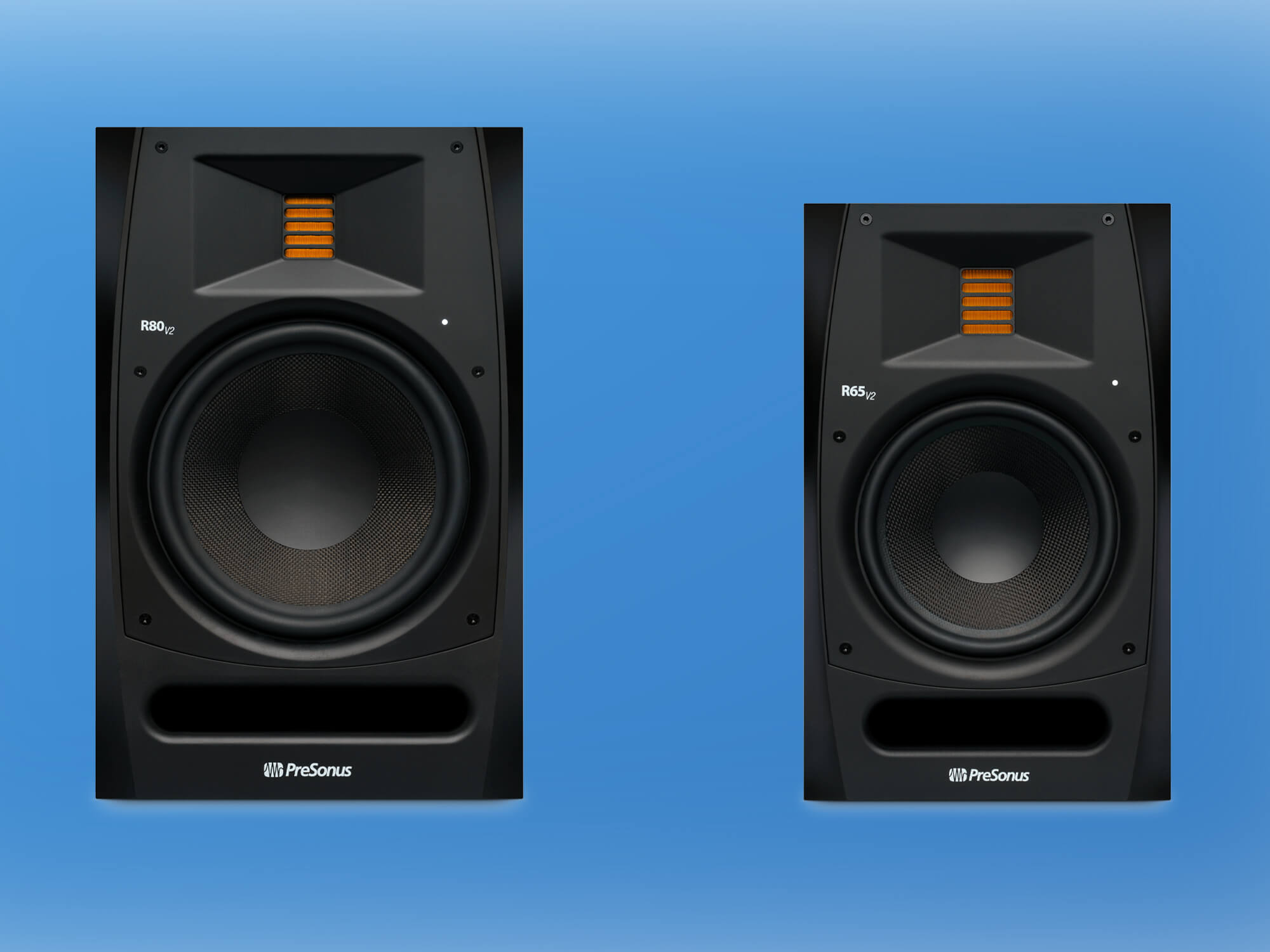 PreSonus’ R-Series active studio monitors have been updated for 2021, adding a range of controls to let you fine-tune the R65 V2 and R80 V2 to their environments.

The monitors gain two features from the popular Eris series to get the speakers sounding how you need. The Analogue Acoustic Tuning section gives you a low-cut switch and knobs to adjust midrange and high frequencies, while the three-position Acoustic Space switch helps accommodate placements against a wall or in room corners.

Both speakers feature a 6.8-inch Air Motion Transformer (AMT) tweeter, which PreSonus says offers a wide sweet spot and bring a “greater sense of space” to playback. They also make use of custom-woven, composite woofers to deliver low-end, with the R65 V2 sporting a 6.5-inch woofer and the R80 having an 8-inch woofer.