PreSonus Revelator io24 is an interface designed for recording and streaming

It brings the features of the Revelator USB microphone onto a two-channel interface. 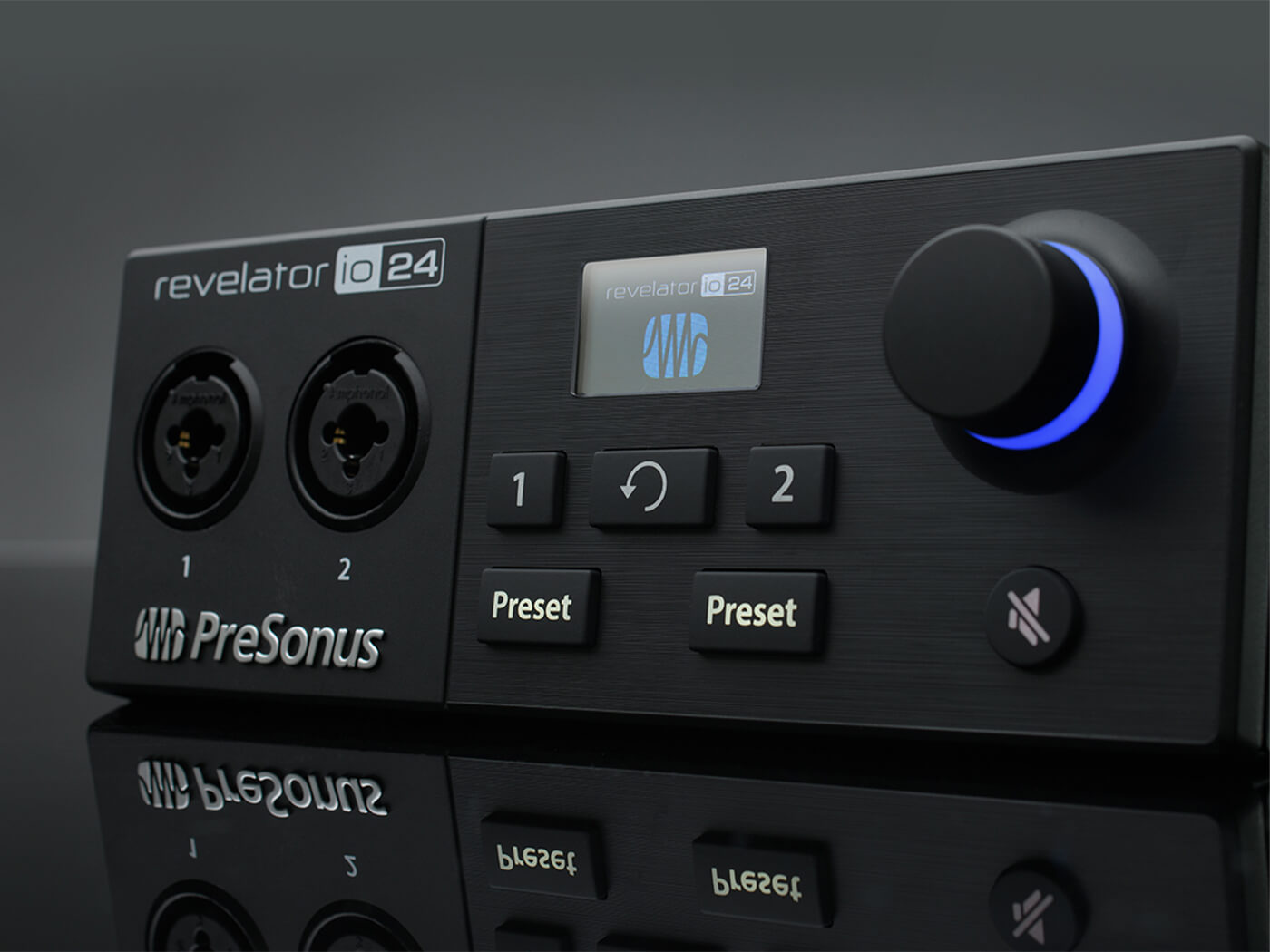 PreSonus has launched the Revelator io24, a compact two-channel interface geared towards recording and streaming.

The interface draws from the podcasting and streaming features included on the brand’s Revelator USB microphone, only this time you get to use your own microphones. Stream Mix mode sums and routes your entire mix to USB, which is recognised by your choice of streaming software without any additional routing or hardware.

With the Universal Control companion software, the broadcasting features of the Revelator io24 are further expanded upon. This includes tailored presets for broadcast vocals, which you can customise with access to the parameters on a high-pass filter, gate, compressor, EQ, limiter and even some vocal special effects.

Because the DSP lives on the Revelator io24, you’ll be able to store presets on the interface itself and take them to your next gig, podcasting or streaming session.

The interface is loaded with two digitally-controlled XMAX-L preamps and a screen for monitoring. Ports include two XLR-quarter-inch combi-inputs for microphones and instruments, balanced quarter-inch ​left and right outputs with independent level control, as well as a headphone output with its own volume control.

It also comes with a copy of Studio One Artist, and the Studio Magic software bundle included.

Check out a trailer for the Revelator io24 below:

The PreSonus Revelator io24 is available now at $180.