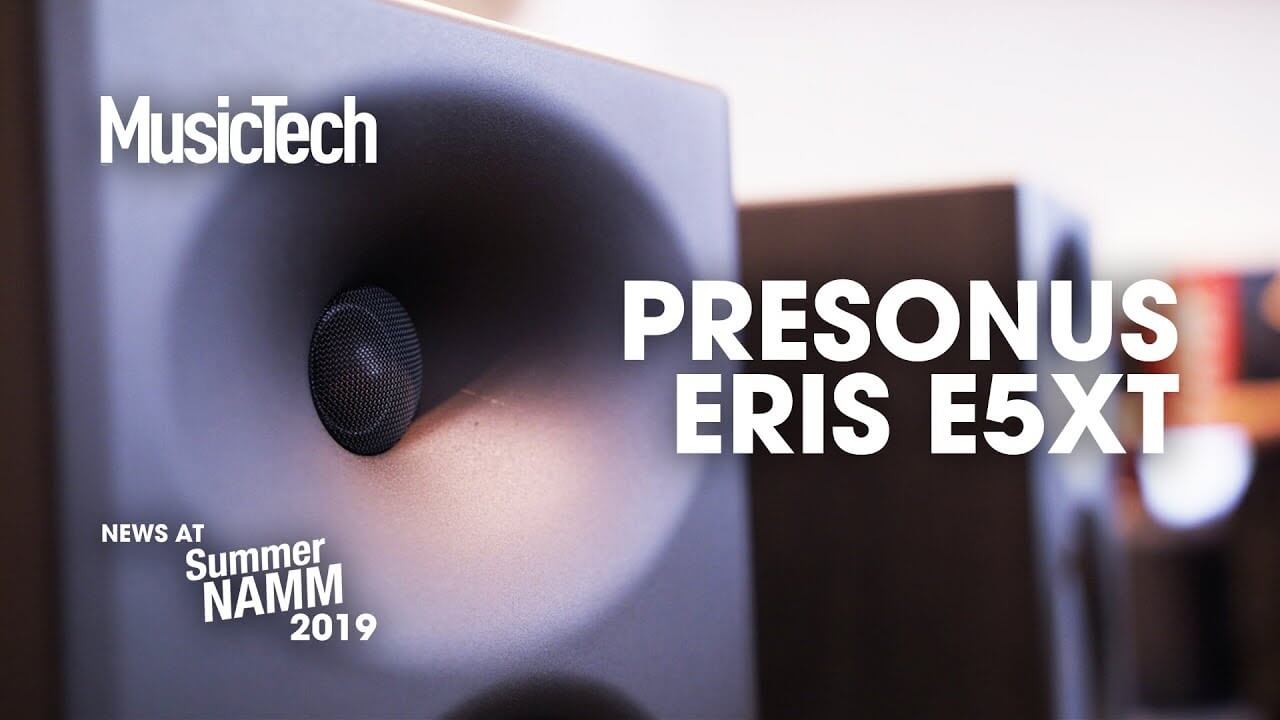 Back in 2013, PreSonus unveiled the Eris series, marking its first foray into the entry-level studio monitor market. The range has now been spruced up with the new Eris E5 XT and E8 XT active studio monitors, which retain their predecessors’ affordability but boast superior nearfield monitoring. Here’s an overview:

The waveguide design comprises a 100-degree horizontal dispersion that enlarges the ‘sweet spot’, resulting in better high-frequency response. The 60-degree vertical dispersion, on the other hand, facilitates more consistent on- and off-axis responses by mitigating early reflections. According to PreSonus, combining the two dispersions gives you greater nuances, delicate reverb tails, and more listening consistency during mixing.

The third contributor to sound quality is an enlarged ported enclosure, which gives the monitors an extended low-frequency response, the brand says.

Measuring 5.25-inches, the E5 XT’s woofer is slightly larger than the five-inch one found in its predecessor, the E5. The new monitor also boasts a one-inch silk dome tweeter and 80 watts of bi-amped, Class AB power that serves up a maximum of 102 dB SPL. As for frequency response, this ranges from 48 Hz to 20 kHz.

Like its forebear, the E8, the new E8 XT features an eight-inch woofer. It also comes with a 1.25-inch tweeter and 140 watts of bi-amped, Class AB amplification for a maximum output level of 105 dB SPL. The E8 XT also has a wider frequency response than the E5 XT, starting from 35 Hz and topping out at 20 kHz. 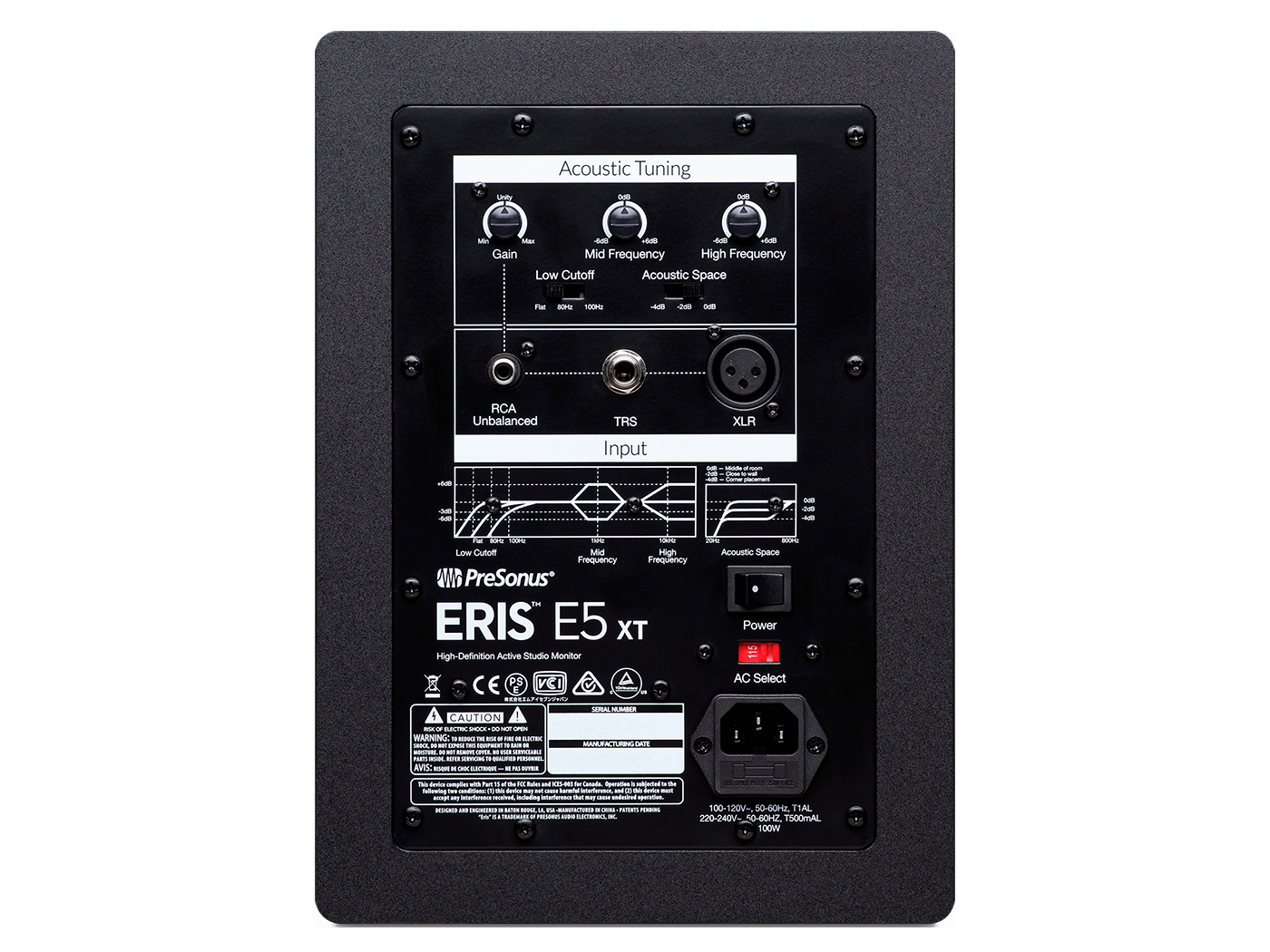 The Eris XTs have similar sound-sculpting controls as all PreSonus studio monitors. These include a low-cut as well as mid- and high-frequency controls. There’s also a three-way acoustic space switch designed to counter the effects of speakers set against a wall, or in a corner. Round the back, you’ll find I/O such as balanced XLR and 1/4-inch as well as unbalanced RCA line inputs.

Hear the studio monitors in action: