Much like its predecessor, the AMEK EQ 200, the plug-in is said to be based on the sound of Dirk Ulrich’s personal hardware collection. 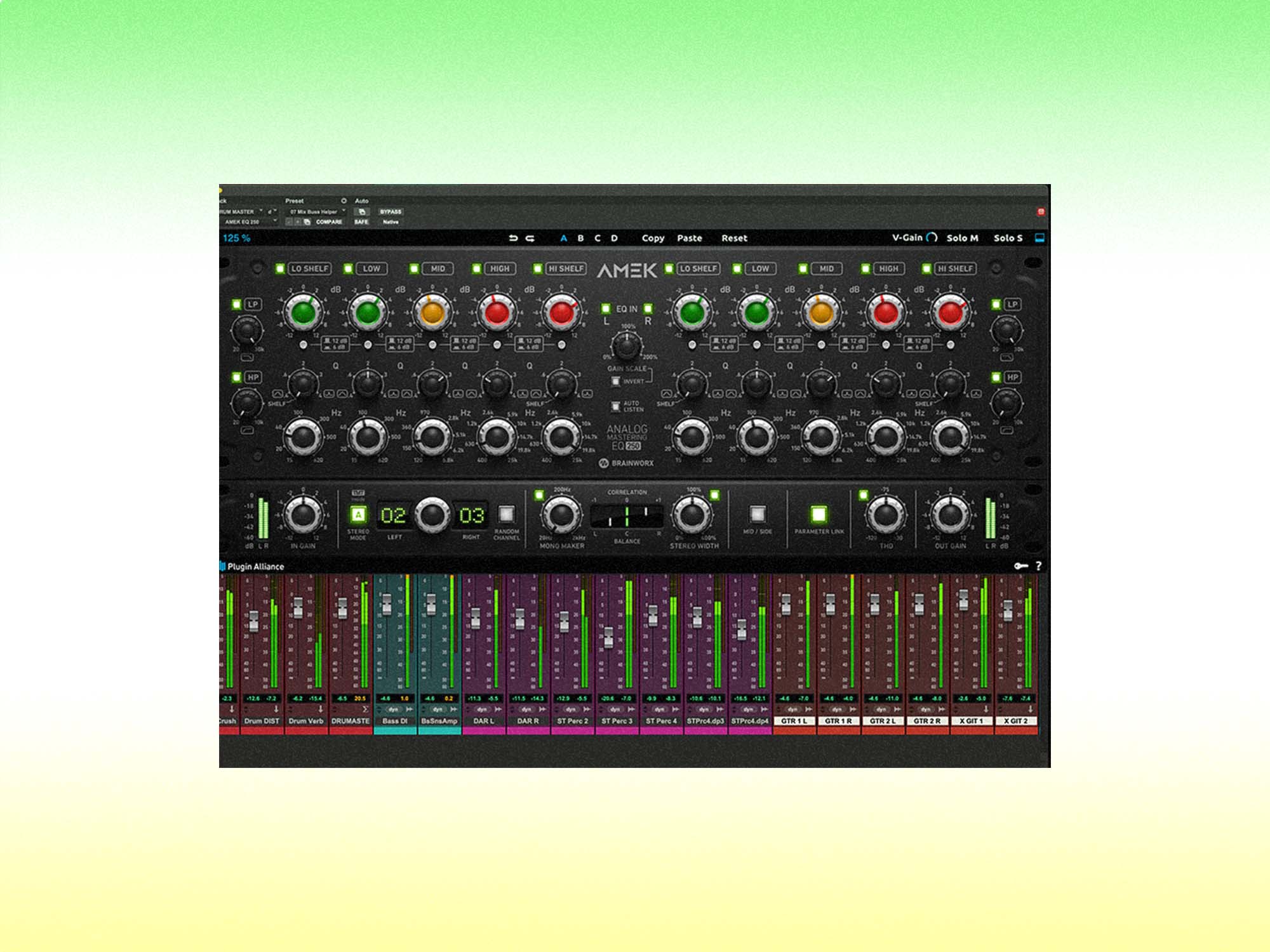 Plugin Alliance has unveiled the AMEK EQ 250, a stereo equaliser plug-in based on the vintage SONTEC MEP 250ex EQ – among the first ever parametric EQs available. Developed by AMEK in partnership with Brainworx, the plug-in is also said to be inspired by the sound of iconic EQs like the GML 8200.

With five wide-overlapping EQ bands each offering 12dB of adjustment in either direction, the AMEK EQ 250 features continuously variable 12dB-per-octave slope high-pass and low-pass filters on each channel as well as a Gain Scale control for globally adjusting the factor by which any EQ band’s gain is increased or reduced.

The plug-in boasts Brainworx´s patented TMT, or Tolerance Modelling Technology, which simulates channel-to-channel variances in electronic components for what the developer dubs “the most realistic analogue sound in the computer.”

Several features have been added via Brainworx’s familiar Extra Unit module to expand the functionality of the original hardware. Mid/side processing has been made available as an alternative to left/right processing, while THD allows for the application of harmonic distortion. A Stereo Width control ranging from zero to 400% makes it possible to expand or contract the width of tracks, and a ‘Mono-Maker’ means low-frequency content can be summed to mono for a more focused bass response.

The AMEK EQ 250, like Plugin Alliance’s preceding AMEK EQ 200, is said to have been inspired by the sound of Dirk Ulrich’s own analogue studio devices. “Legendary for their flexibility and sound quality,” says Plugin Alliance, “they are still considered among the best EQs ever made, and fiercely sought after even today by the best studios in the world.”

Watch the video from Plugin Alliance: