Oi, Grandad! is a new free open-source granular synth to shout about 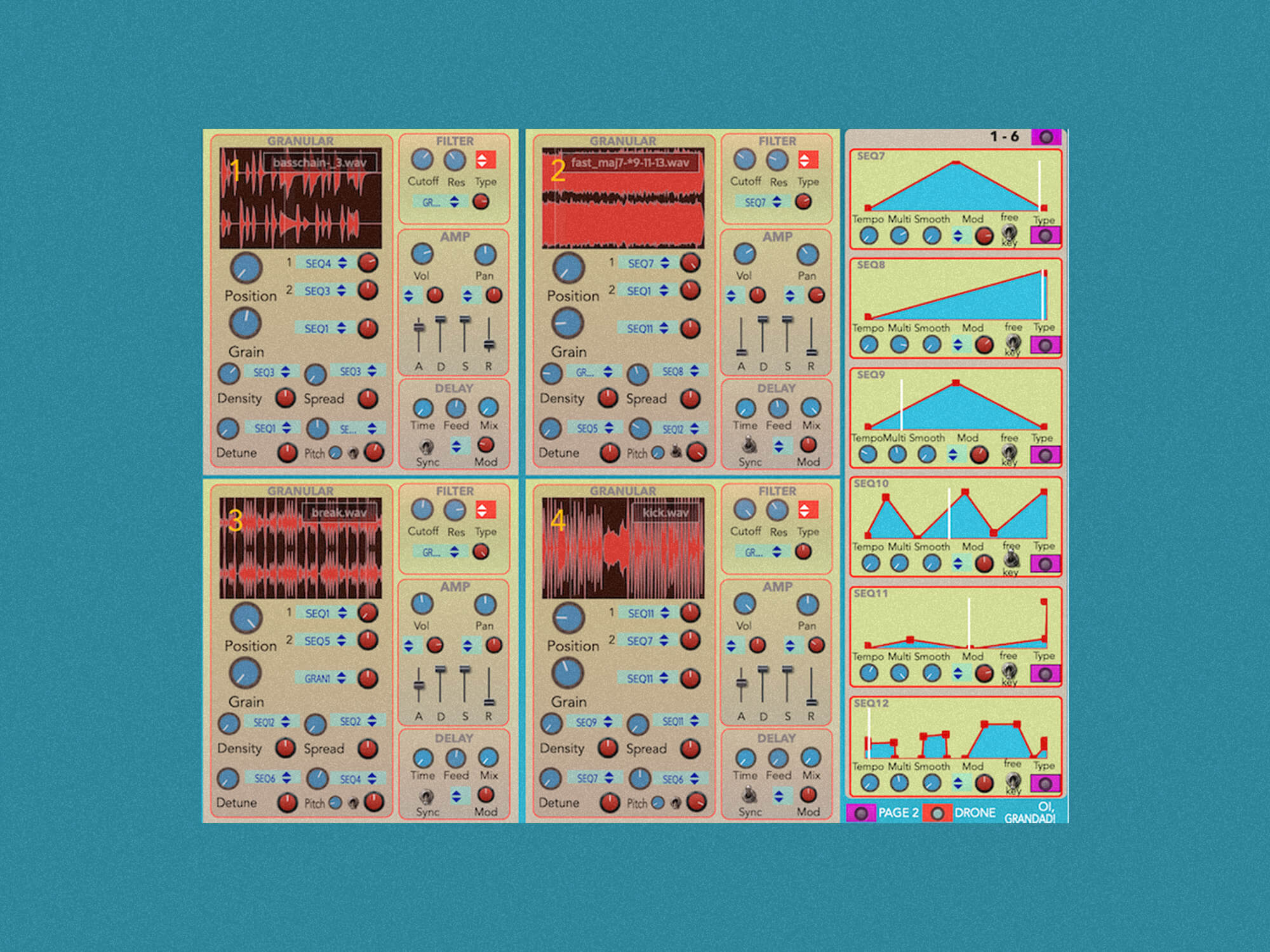 The plug-in has four sample-based voices, meaning that each voice hosts a WAV or AIF audio file of your choosing. Within each module, you have the ability to manipulate the grain, spread, position, density, detune and pitch of the sample, and comes with a pleasing number of built-in effects.

All four voices also boast a delay engine with parameters for time, feedback and mix, along with a tempo sync button to keep all delays in time with your DAW. In addition, you can set the amp envelope for each independent voice, which could help you craft some intriguing evolving timbres.

For shaping the tone of your patch, a multimode filter is included on each voice and, much like many of the parameters on the synth, can be modulated via a range of LFOs and sequencers.

Oi, Grandad! packs a whopping 12 modulation sequencers that allows you to add movement to parameters and modules including the delay, amp envelope, filter, pitch, spread, grain position and more. You’re able to draw in custom waveshapes for each LFO/sequencer, letting you get seriously granular with your modulating.

There is also a global Drone button which lets you sustain notes for elongated pads and – well – drones.

As the plug-in is open source, its code can be edited by anyone. Oi, Grandad! uses the open-source HISE development environment for sample-based instruments.

The plug-in is free to use and currently only available on macOS – there has been no news as of yet on whether a Windows version might be in the works. You can use it as a VST or AU plug-in for most major DAWs.