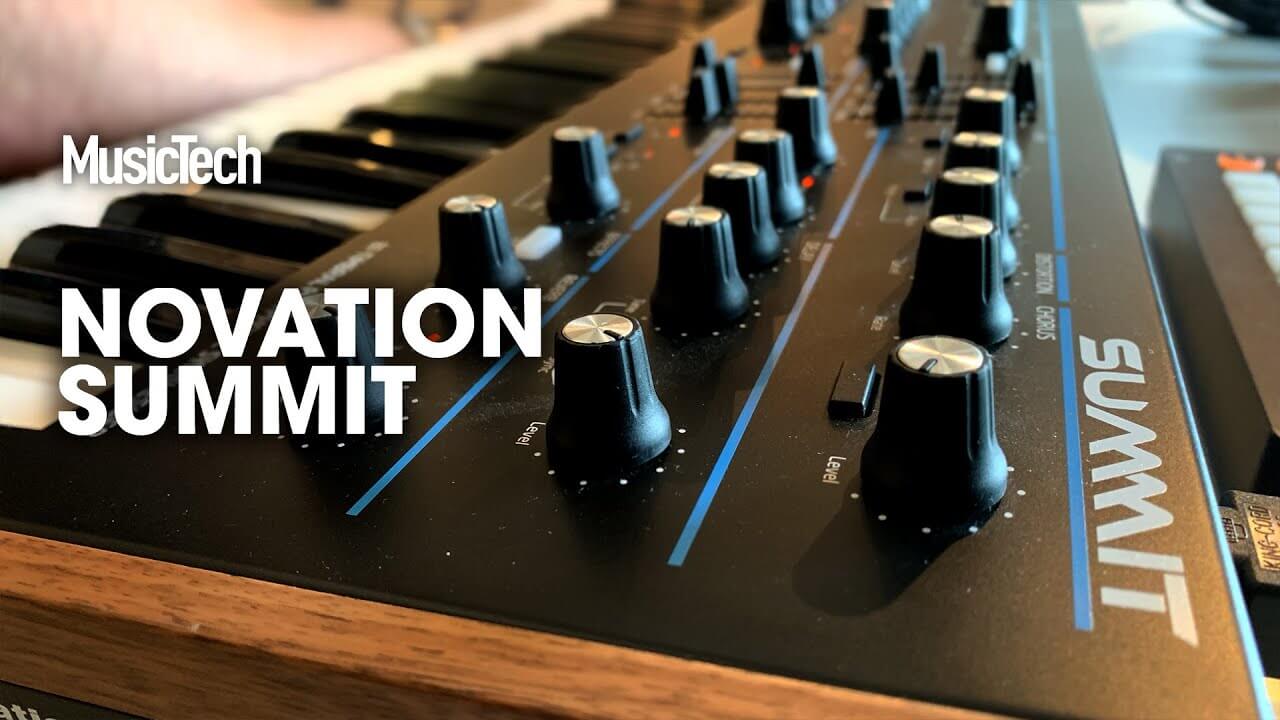 With Superbooth on the horizon, Novation has unveiled Summit, the brand’s flagship 16-voice, 61-key polyphonic synthesizer.

Summit shares the DNA of Novation’s eight-voice Peak synthesizer, and could be likened to two Peaks rolled into one. The synth presents you with two independent patches that can be “split or layered across the keyboard, or switched between on the fly”, according to the British brand. The device will also be bolstered with an expanded range of front-panel controls and the same five-octave keyboard found on the company’s flagship SL MkIII controller.

Central to Summit is a digital Oxford Oscillator, three of which are employed by each of the 16 voices. What’s special about these oscillators is their host, an advanced Field Programmable Gate Array (FPGA) chip. With this component, the oscillators are touted to generate analogue waveforms at a high-resolution of 24MHz, and supply FM and wavetable synthesis suited for complex, intricate textures.

It’s this melding of analogue-emulating oscillators and real analogue saturation and filtering that Novation claim give the Summit a “fabulously warm and fat” sound.

To top it off, Summit packs a bevy of modulation sources and assignment options along with three FPGA-generated effects – chorus, delay and reverb. You’ll also be able to route external sources into these effects with the aid of an audio input.

For more info on pricing and availability, head over to novationmusic.com.