Both virtual instruments are available now as a free download and come featuring over 100 new sounds. 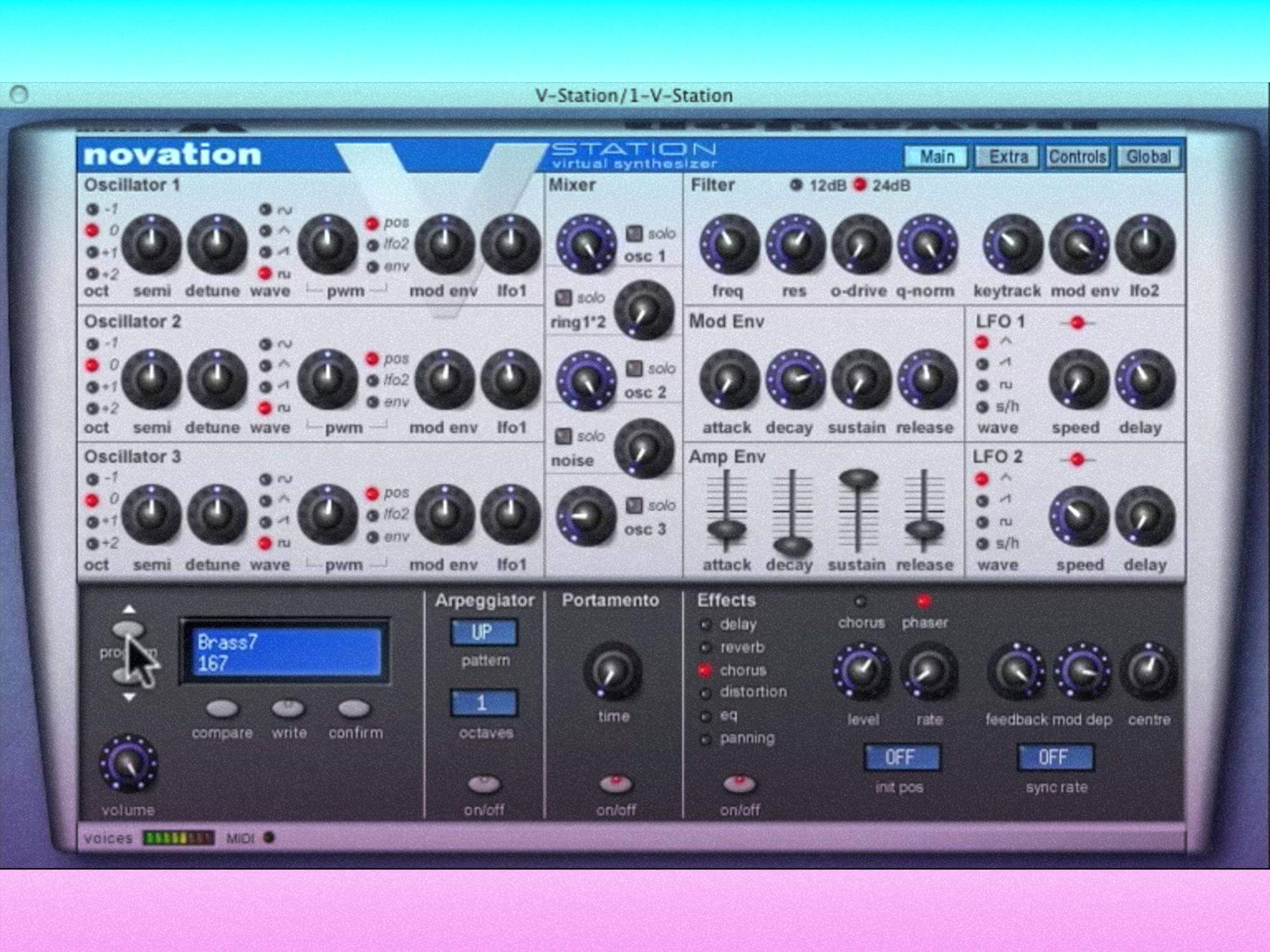 Novation has recently announced that it will be discontinuing its older models of plug-ins, the V-Station and Bass Station, instead, relaunching them as a free download. Promising to come bearing the classic Novation sound, both new releases give users the opportunity to use the software in their DAW for free.

It is becoming increasingly common over the past few months for tech companies to call an end to their traditional plug-ins and replace them with new, free-to-access downloads. Now, following the same route as Audio Damage and ToneBoosters, Novation has announced it will be doing the same for its V-Station polyphonic synthesizer plug-in and its B-Station analogue synthesizer plug-in.

Available now as free downloads, each of the new launches comes sporting a host of new features including 200 factory presets on the V-Station and 100 new sounds for the B-Station.

The first of the two is the V-Station: an eight-voice polyphonic synthesizer plug-in. Using three oscillators modelled on the K-Station synthesizer, the free download promises a rich and versatile effects station for users.

Delivering multiple waveforms, ring modulation and FM, the relaunched software ships with 200 factory presets including bass, leads, pianos and more. In addition, 400 available user programmes come included, as well as a host of effects for creators, including chorus, reverb, delay and distortion.

The B-Station is a recreation of the classic monophonic, dual-oscillator analogue synthesizer with the company promising that the new engine will retain the signature sound of the original 1993 Bass Station model.

Also coming bearing a host of new features and enhancements to get started with, the latest B-station design includes 100 new bass sounds, ranging from warm low-frequencies to powerful and brazen lead tones.

What’s more, the filter of this model dons its own filter envelope, ADSR envelope and its own set of ADSR controls. The two oscillators also come featured with sawtooth and square waveforms, synchronisation options and a ladder filter, while the modulation aspects include easily routable LFOs.

Both units run as a VST and AU plug-in on macOS and Windows. While currently available as free downloads, it’s worth keeping in mind that the units may not be compatible with all desktops and do not offer M1 support.