MPE support and further improvements are in the development pipeline, says the company. 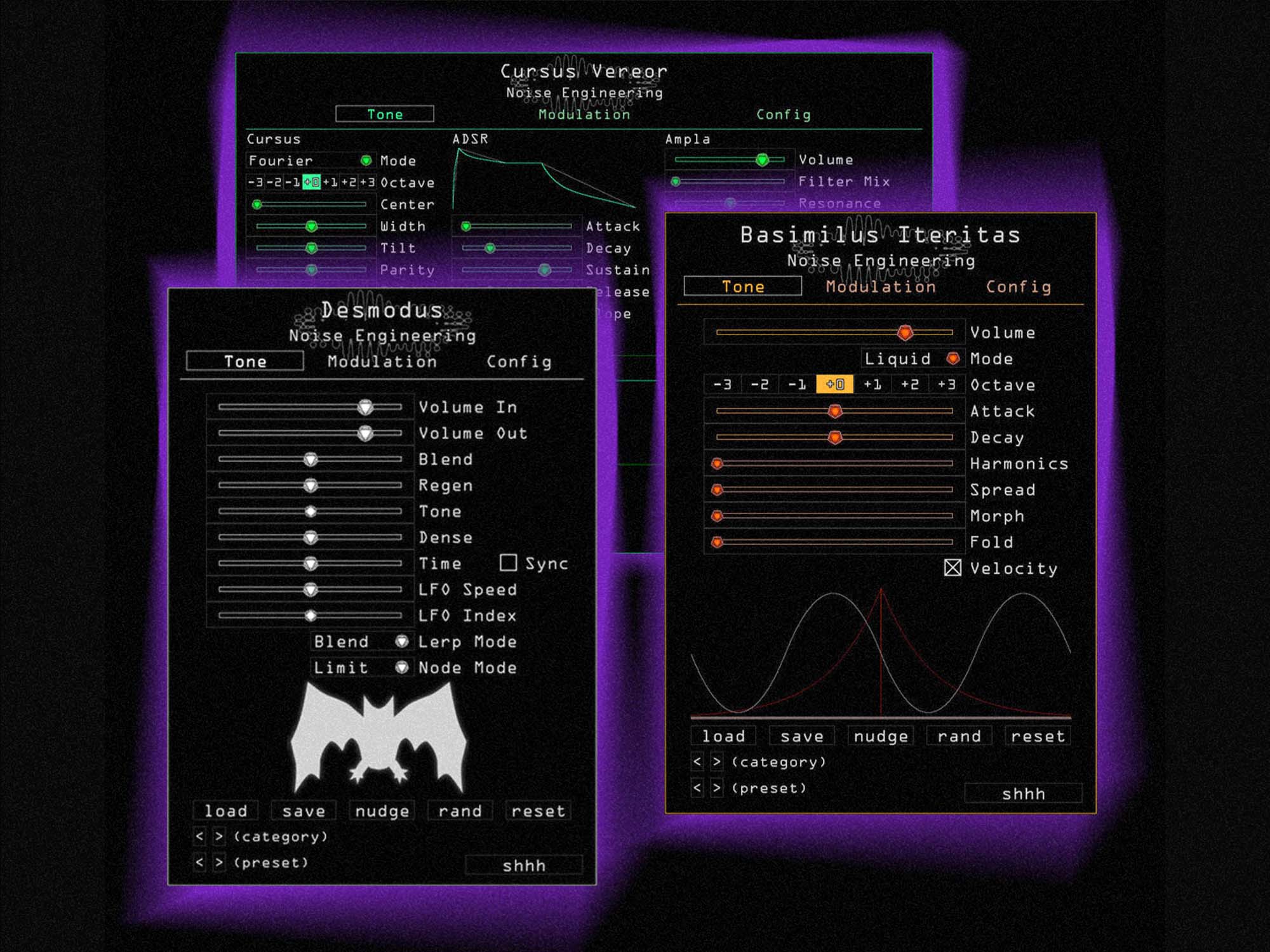 After announcing the Bundle 1 trio of plug-ins in AAX format last year, Los Angeles-based modular synth developer Noise Engineering has given the package a series of major feature updates, as well as new compatibility in VST3 and AU formats.

Channelling its lauded hardware modules, the plug-ins Basimilus Iteritas, Cursus Vereor, and Desmodus promise to demonstrate Noise Engineering’s aptitude in the realm of software as well as hardware, with an array of functions and features; from polyphony to internal modulation and from extensive MIDI capabilities to in-the-box automation and recall. Each also offers a ‘randomize’ function for quick cycling through unchartered sonic territory.

Noise Engineering says of the modules, “Because these plugins come from their hardware predecessors, they are designed first and foremost with playability and expression in mind. Each plugin has four powerful and versatile LFOs: choose between wave, step, and envelope LFOs to modulate your sound. Adjustable randomisation and noise make it easy to add a little variation to your patches.”

Cursus Vereor is a synthesizer based on Noise Engineering’s hardware Cursus Iteritas, it features three synthesis modes based on different conceptualisations of frequency (sine waves, wavelets, and square waves). It has a musical tone structure and promises to produce a wide variety of harmonic sounds with a powerful modulation system.

The company promises that further plug-ins are yet to come, as well as consistent improvements to existing releases. “The team confirms more development, and more plugins, are in the works, too,” says the company. “MPE support, tooltips, language localisation, and more are in the current development pipeline.”

Bundle 1 is available now for $119, with individual plug-ins priced at $49 each.

For more information head to noiseengineering.us