After four days of NAMM and all the products seen, here are the 10 pieces of kit that we think stole the show. 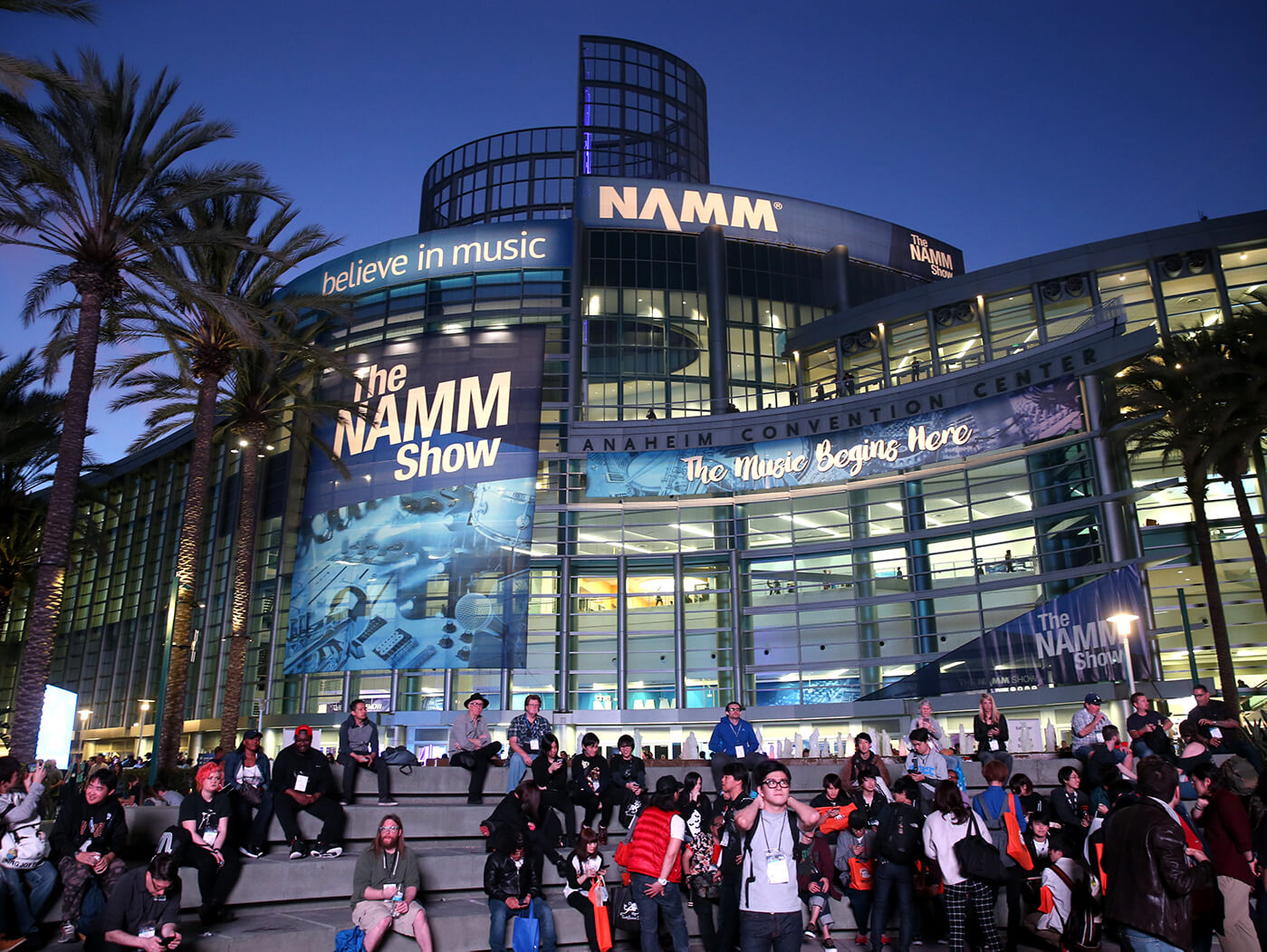 With thousands upon thousands of synths, controllers, studio equipment and software on display, NAMM 2019 was the mother lode of music tech gear. Here are 10 of our favourite new bits of kit this year.

USB mics aren’t the most exciting products, but Apogee’s HypeMic provides a solution to a problem faced by many artists and podcasters: getting consistent, production-ready voice recordings without having to work too hard for it.

The HypeMic does this by squeezing a VCA compressor into the mic’s enclosure. Three settings are available depending on how much compression you desire, and levels can be metered with the LED display on the front of the mic.

Arturia has always approached synthesis a bit differently, and with the fantastic-sounding MicroFreak, the company has done it again.

This $349 MPE-enabled digital polysynth employs a multi-mode oscillator offering a bunch of sounds including wavetable, virtual analogue, FM, grain, and speech settings. It also uses an Oberheim SEM-inspired analogue filter as opposed to the Steiner-Parker filter that Arturia plumped for in its MiniBrute and MicroBrutes.

Randomisation is a key feature, too, as is a PCB keyboard; the latter, despite its lack of moving parts, offers polyphonic aftertouch. When used as a USB-MIDI controller, the MicroFreak can also speak MPE, an extended form of MIDI for deeper control of soft synths.

Audient’s collaboration with Two Notes Audio Engineering, the Sono, is marketed as the “ultimate audio interface for guitarists”. And having seen and heard it in real life, we can see why.

Guitarists will find it interesting because of features such as a preamp with tube colouration, amp/cab sims, an on-board three-band EQ, and a re-amping output. Under all that, the interface still has the same, clean Audient console preamp sound found in the company’s other gear as well as an eight-channel ADAT input when you need to record the band.

Making modular synthesis more accessible seemed to be a bit of a theme at NAMM this year. Teenage Engineering entered the fray with its Pocket Operator Modular series, which are three DIY kits that each comprise multiple modules that fit into a bigger frame. The new kits are geared towards sound exploration and will work happily with Eurorack devices. Also, like the original Pocket Operators, they are battery powered for portability.

We had a chance to play with the very first Modular 400, the largest kit in the family, and made some diabolical noises in a hotel room in Anaheim. See and hear how that went in the video above.

The Akai Force could well be the most divisive product of NAMM 2019. On the face of it, the Force offers an Ableton Live-style clip-based workflow without the need for a laptop. So far, so attractive. And, given the popularity of the MPC X, MPC Live and other self-contained music production devices, Akai may well be on to something.

However, the $1,499 price tag may make some look twice at Akai’s new production instrument. Watch the video above to learn more about the upcoming Ableton integration and how it can be used alongside Live in a performance setting.

When it comes to modular synthesis, even understanding signal routing can seem daunting. Korg wants to make modular more accessible with the Volca Modular, a sub-$200 synth that provides an affordable introduction into the wired world. It’s a functional, semi-modular and West Coast-style synth with built-in effects.

In the video above, Nick from Korg gives us an overview and demo explaining his patch-building process.

With a knob-per-function design philosophy, this funky little six-track sample player is made to keep you in the flow of creativity. It comes with 300 samples from Splice, and you can load your own via USB. It has some intuitive controls for nudging your patterns off the grid to make things wonky, too. Though it doesn’t offer Overbridge support for deep parameter control from your computer, it does look like a lot of fun.

We challenge you not to want one after watching the demo above.

This limited-edition synth is based on the famous Taurus bass synth, but is made to address much higher note ranges – up to D8. Its fully recallable analogue sound engine comes courtesy of two Taurus Bass oscillators, which are ideal for octaves. Sonic shaping is handled by a classic Moog Ladder filter that works in tandem with two ADSR envelopes and a multi-wave LFO.

Though its form resembles the Minitaur, its brushed stainless steel enclosure is much more retro chic. If you want one, though, you may already be too late – only 2,500 were ever made. Fingers crossed Moog decides to do another production run…

Building in the success of its original miniature desktop iLoud monitors, IK Multimedia is taking on the traditional monitoring heavyweights with the iLoud MTM, which will cost $799 per pair.

Not only do the speakers automatically perform room correction with the use of the included measurement mic, IK also claims that the system’s design results in a more natural sound and also offers decent sound dispersion. The former minimises ear fatigue, while the latter enhances transparency.

Online music collaboration tools are all well and good, and with over five million users, BandLab has become a significant player in the space. But what if you want to form a real band and don’t already know musicians in your city?

BandLab seeks to address this problem with BandLab Creator Connect in version 8.0 of its mobile app (iOS/Android). The new feature lets you swipe through profiles of local musicians showing you what instruments they play, examples of their work, location and photos.

Check out this page for all things NAMM 2019.