Never-before-seen photo of A-ha’s synth setup surfaces on Reddit: “my dad’s keyboard setup while on tour with A-ha circa 1989”

“I am flattered that some people think I’m cool! -Dad” 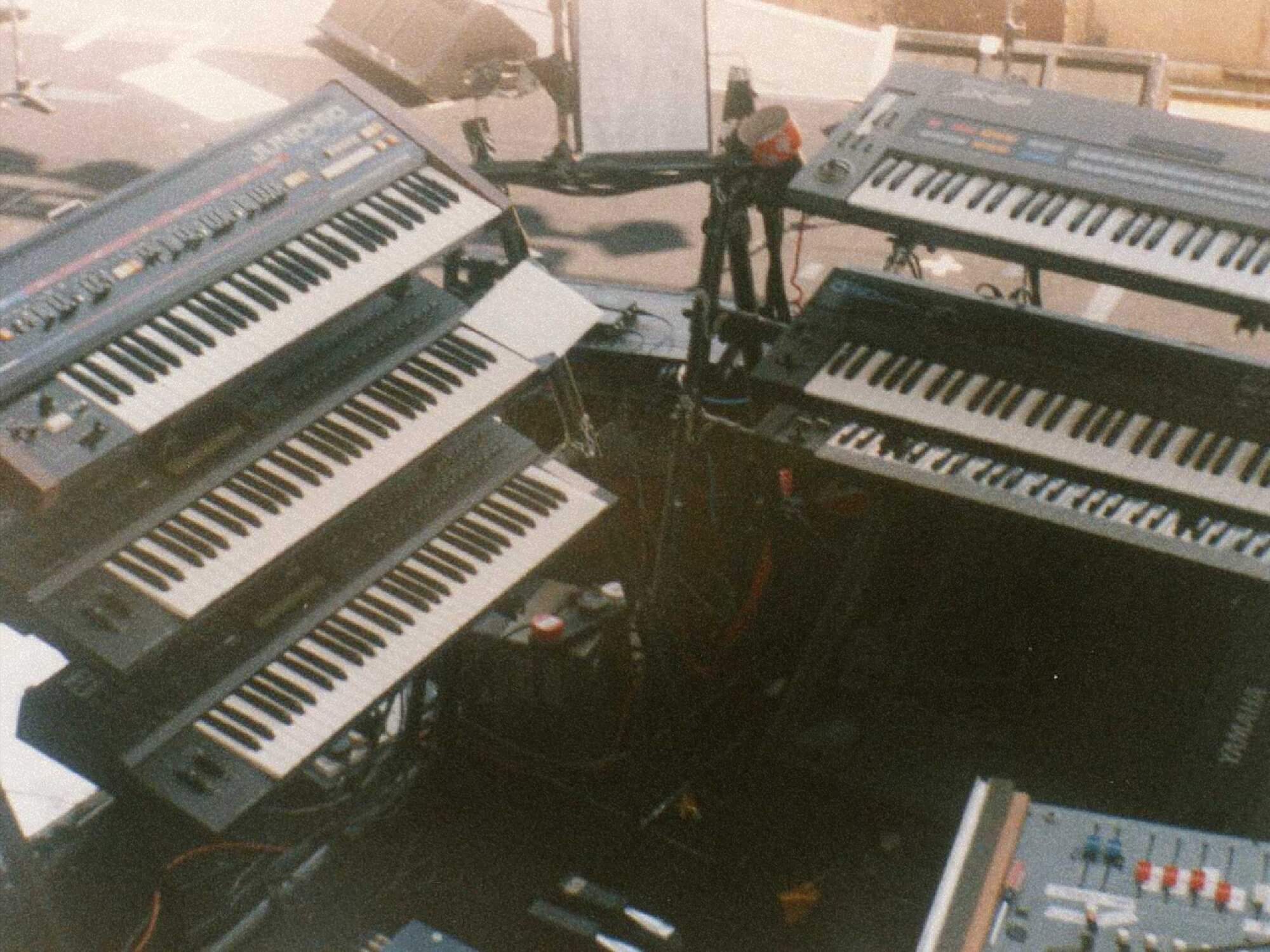 A-ha fans have been given a rare glimpse into the band’s touring setup in the late 1980s. After Reddit user TGR201 posted an image of a formidable keyboard setup, captioned ‘My Dad’s keyboard setup while on tour with A-ha circa 1989,’ fans were quick to examine the photo in detail to try and pick out as many recognisable synths and pieces of gear as possible.

“My dad was a touring member of A-ha for a 5-date South American tour they did sometime around 1989, read TGR201’s post. This was his rented keyboard setup for the tour.”

On the left, the photo shows a Roland Juno-60 over twin Yamaha DX-7s. On the right it shows a Roland JX-8 over a Roland D-50. The exact model of the bottom-right keyboard is unclear, with TGR201 appealing to other users for help identifying it. “Can anyone identify the keyboard beneath the D-50?” they wrote.

“My Guess is the Roland MKB-200 Midi Controller. released in 1985 [sic],” commented one user, to which TGR201 replied, “I think you are probably correct! There was likely some rackmount gear being used and that looks like a match with the two sliders. Thank you!”

The original post was updated with a response from the keyboardist himself; “I showed my dad this reddit post and the response he emailed me back this [sic],” continues TGR201, with the response pasted in full:

“I’ll reply to you as I think that would be easier. Yes, I’m still around, thankfully. I inherited this synthesizer setup from the previous keyboard player who was unable to play that particular tour due to previous commitments. I think that the reason for so many keyboards was that there were so many different sounds that were used, in fact on one song I had to make 8 patch changes on the intro! The DX7’s were DX7 mark 2’s. [sic]

“The guys in Aha [sic] were very nice and easy to get along with. I got the gig because the drummer, Matt Letley, recommended me. I had worked with him with several different artists. I have worked with Judie Tzuke for many tours and albums, Dexy’s Midnight Runners, Joan Armatrading, Cliff Richard, Tanita Tikaram, Feargal Sharkey etc. and have spent the last few years producing other artists, the latest being Jennifer Licko with the production of Highland Echoes. I simplified my live setup lately with just a Roland piano and Kong Triton rack. In the studio I use lots of plugins on Cubase, with the latest acquisitions being Spectrasound’s Omnisphere and Keyscape software [sic].

“Hope this answers most of your questions, and you can say that I am flattered that some people think I’m cool! Dad [sic]”

It seems that the player in question is Ian Wherry, who, according to the A-Ha Live fan site, was the keys player in an all-British backing band on the Stay On These Roads tour between 1988 and 1989. The March 1989 tour of Brazil took the band to Rio de Janeiro and Sao Paulo, where they performed two shows at the Praca da Apoteose and three in the Estadio do Palmeiras respectively.

The songs performed in that approximately 90-minute set included The Swing Of Things, Take On Me, The Living Daylights, I’ve Been Losing You and Stay On These Roads, with later shows including The Blood That Moves The Body, You Are The One, ‘Hurry Home’ and Out Of Blue Comes Green.