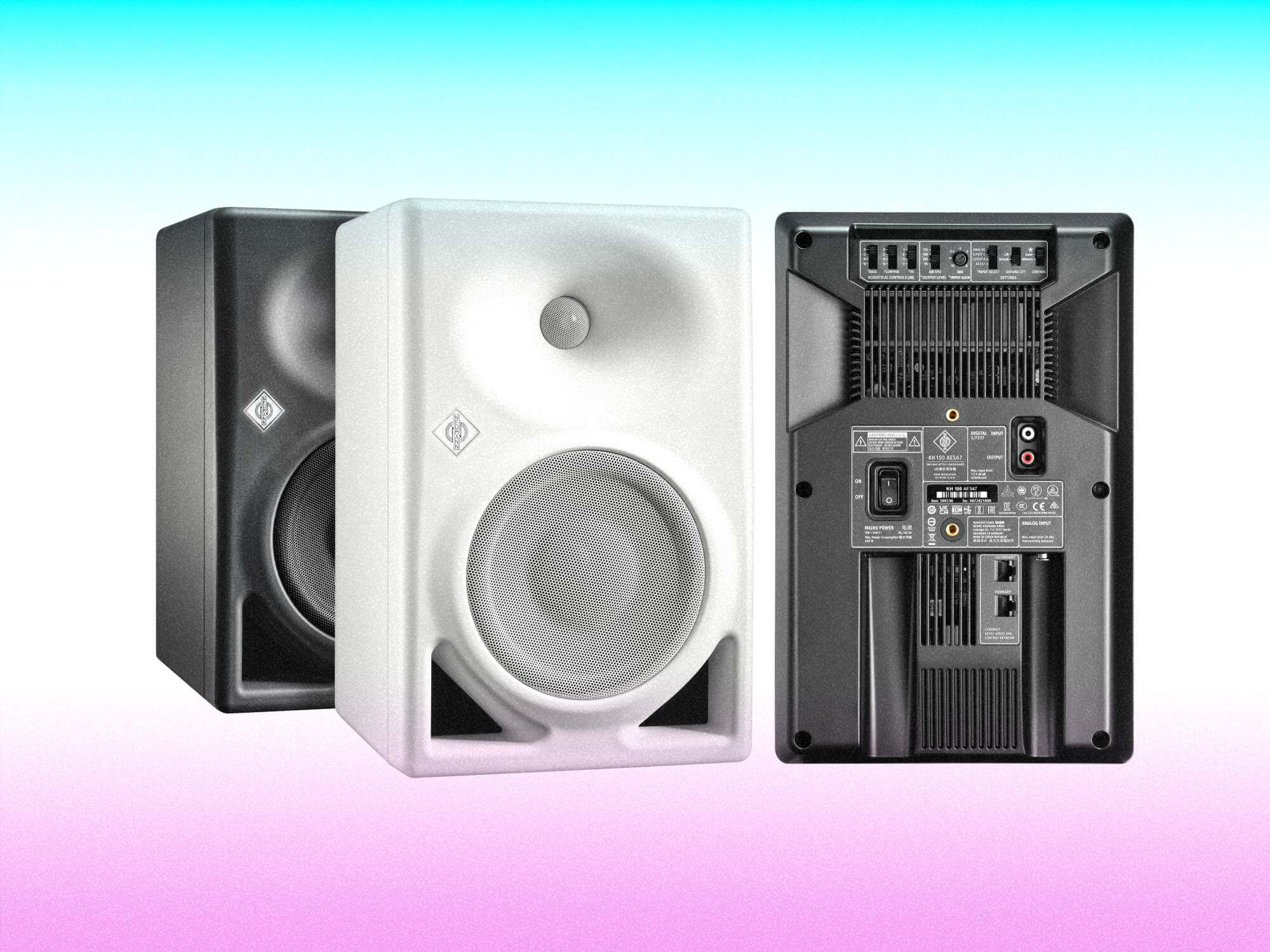 A bi-amplified DSP-controlled loudspeaker, the KH 150 features the high-resolution tweeter found across the Neumann studio monitor line, as well as a newly developed 6.5” woofer which, according to Neumann, boasts ultra-low distortion and high SPL capability.

“Despite its rather compact format, the KH 150 surprises with outstanding clarity, even at high volume, and extended low-end,” says the manufacturer. “The KH 150 […] is recommended for all applications from broadcast to music production, including styles that require a powerful, deep low-end and/or elevated listening levels such as urban music, EDM, and film scoring.”

As well as physically modest, the KH 150 promises to be energy efficient, purportedly featuring a patent-pending amplifier technology combining premium audio performance with Class D energy efficiency. While the KH 150’s amplifiers deliver up to 145 W to the monitor’s 6.5” woofer and 100 W to its 1” tweeter, they consume a modest 17 W while idle. An auto-standby function serves to further reduce power consumption to 0.3 W.

“In our pursuit of sonic perfection, we not only optimise every parameter of the loudspeaker itself, we also include the greatest variable: the listening environment. The KH 150’s DSP engine perfectly integrates with Neumann’s game-changing MA 1 Automatic Monitor Alignment for best possible sound in any room.”

The KH 150 will also be available in an AES67 variant, which features AES67 audio network ports to comply with broadcast standards including ST 2110, ST 2022-7 redundancy, and RAVENNA. The monitors will also be compatible with DANTE-generated AES67 network streams.