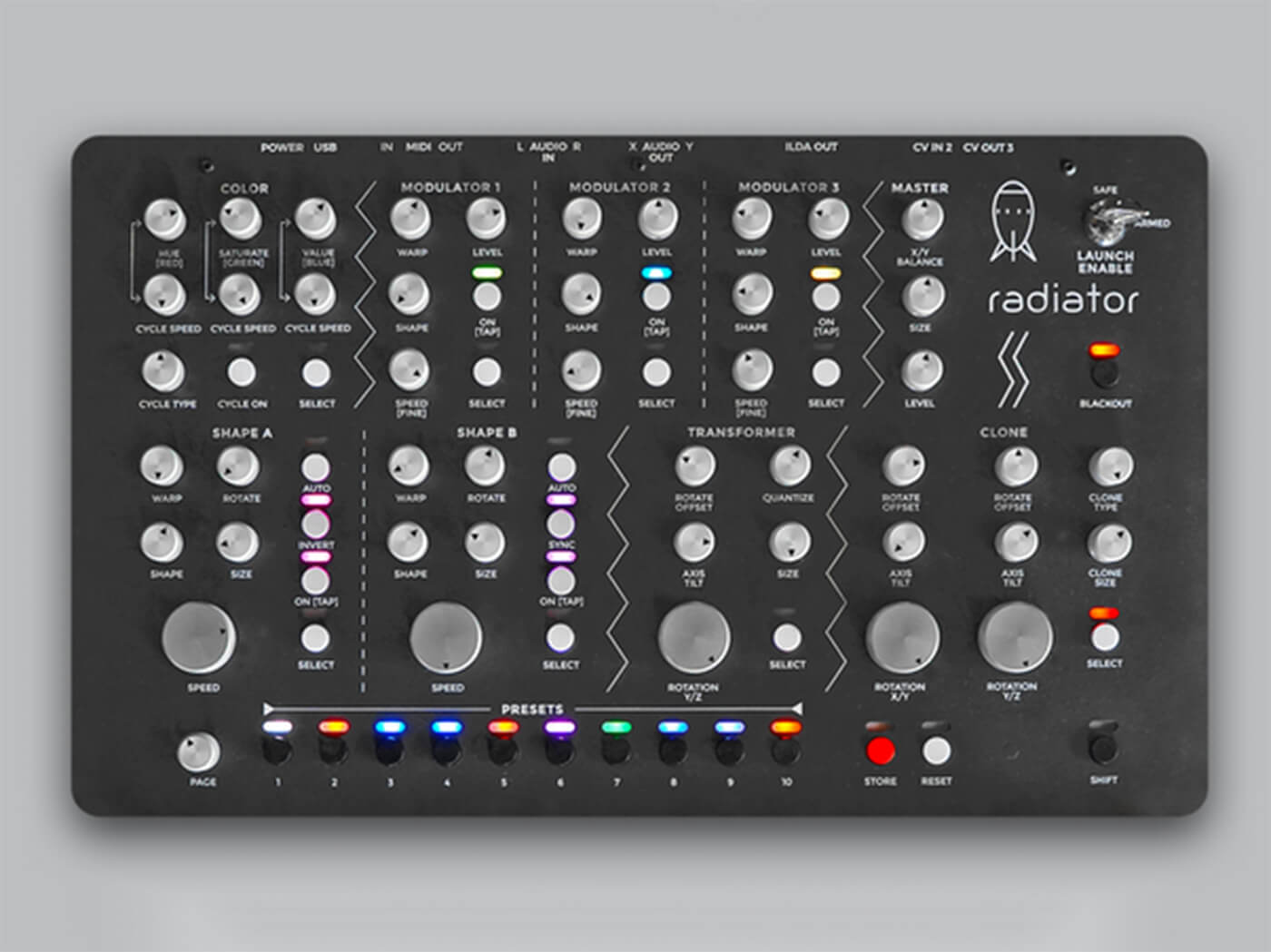 Neon Captain has released the Radiator laser synth on Kickstarter. The device doesn’t make any sound of its own, instead offering colourful vector and laser graphics that can be controlled via synth-like components.

Radiator is inspired by laserists, the skilled operators behind the live laser shows of the 70s. Conventionally, laserists were tasked with performing dynamic and spontaneous laser shows to pre-recorded soundtracks. The development of computer technology, however, paved the way for automated laser shows without a performative element.

With Radiator, Neon Captain is hoping to recapture the spontaneity of live laser shows. When connected to a compatible laser projector, Radiator will be able to produce an array of light beams.

Radiator’s lasers can be controlled with shape generators, colour generators for cycling coloured beams, a transformer for turning 2D shapes into 3D versions and a looper for repeating images in a grid or pattern. Controls can also be modulated in real time with MIDI or CV signals, ideal for integration into a modular setup.

Here’s an introduction to Radiator:

The range of pledges for Radiator can be found here.