The SE 25 and 49 are affordable, compact MIDI keyboards with Nektar’s signature DAW control. 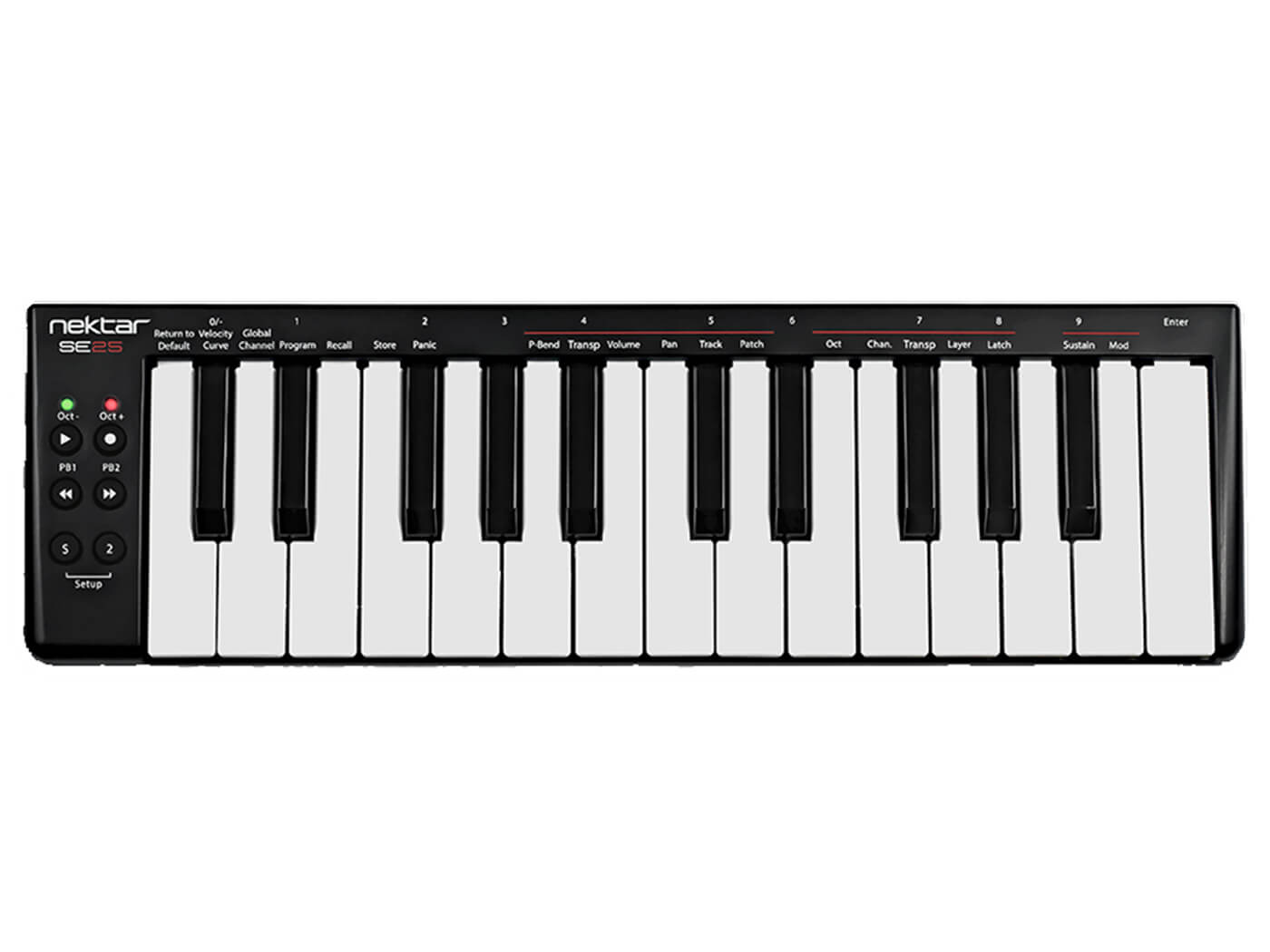 Nektar has expanded its keyboard controller range with two compact, entry-level units: the SE 25 and 49. Both devices are designed for creators on-the-go, packing MIDI- and DAW-integration into their small frames. Here are the details:

This micro USB keyboard controller is made for portability. It features 25 velocity-sensitive mini keys which, despite their size, can be played “expressively with a defined and firm feel”, according to Nektar. Three different velocity curves – default, soft and hard – also allow you to tune the keyboard’s response to your playing style.

In addition to its keys, the SE 25 features six buttons: Octave Up, Octave Down, PB1, PB2, Sustain and Part 2. You can assign the last four of these to a range of parameters:

The SE 25 is also built for integration with DAWs including Bitwig, Cubase, Garageband, Logic, among others. It features Nektar’s integration software, so you can control your DAW right from the controller. You can use the Transpose buttons to effect a track or patch change and re-assign the Octave and Transpose buttons to take care of Play, Stop, Record and Rewind functions.

Here’s a brief overview of the SE25:

The SE 49 is also USB-powered, but it features 49 full-sized velocity-sensitive keys. Where controls are concerned, the SE 49 has similar transport and navigation controls as the SE 25, but adds more tactile performance controls like pitch and mod wheels, a MIDI-assignable 30mm volume fader, as well as footswitch capabilities.