The 2.5 software introduces a whole host of new features and can now host up to sixteen samples or instrument plugins. 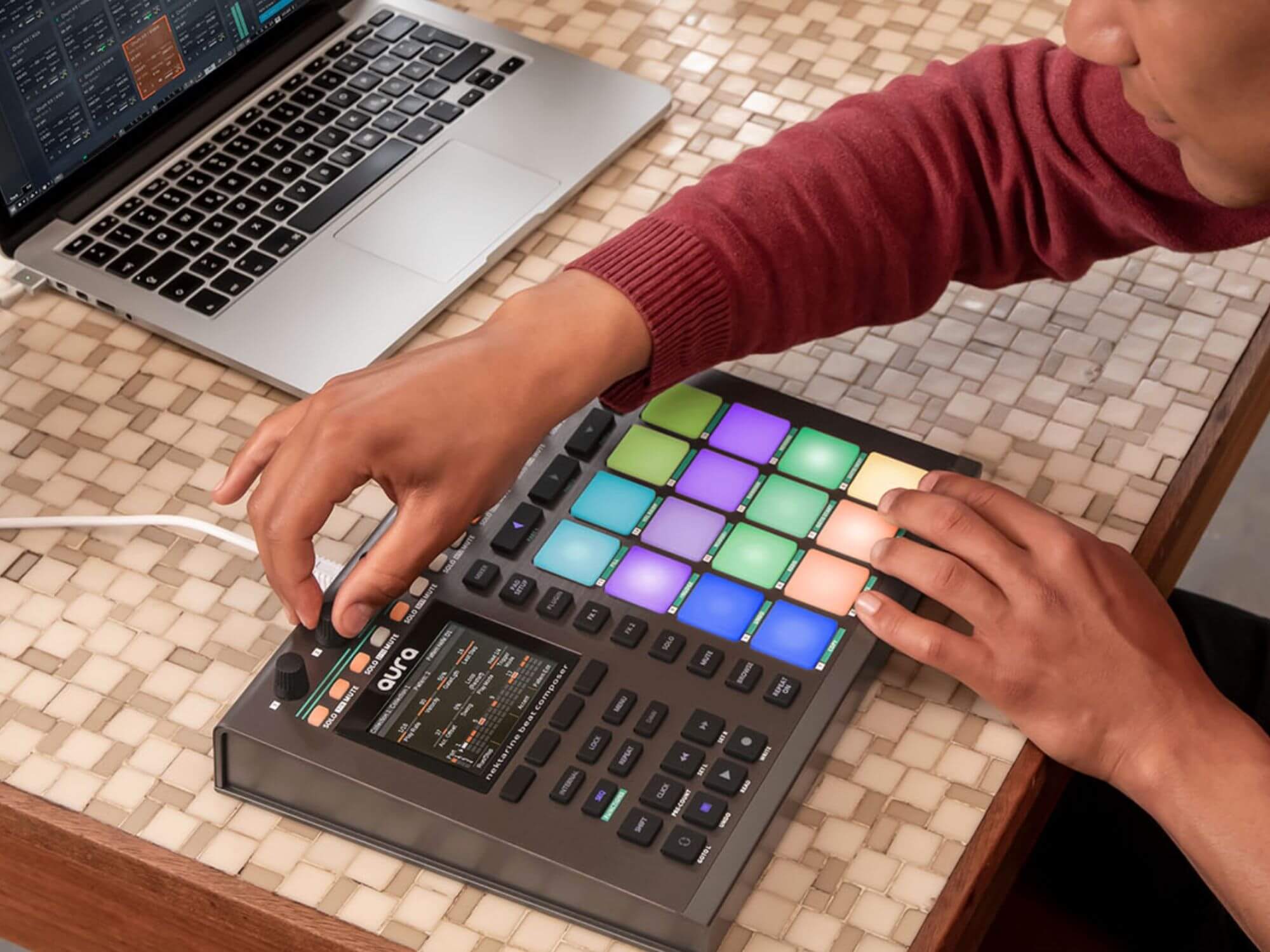 Introducing a host of new features and workflow enhancements, the reimagined Nektarine interface can now host upwards of fifteen samples and instrument plug-ins, each with four effects. In addition, further features of the upgraded unit include the Browser pane, which allows samples to be dragged onto the pad, and the Pads View mode which shows users the settings for all sixteen pads in a quick glance.

Aura now features the DP-1 Drum Player plug-in right out of the box, which can host both WAV and AIFF files and sports over five hundred drum sounds. All of these samples are broken down into forty kits including electronic, acoustic and classic drum machine tones.

A one-knob compressor, two-band EQ and an assignable pressure-/three assignable velocity-modulation targets also come included in the new Aura update, which runs as both a standalone and VST/AU/AAX plug-in.

All current Aura and Panorama T-series users can access the Nektarine 2.5 as a free update. New customers can purchase the Aura for £300.

Further information on the new software can be found on the Nektar website.