The largest model in the Launchkey range also includes a new, premium keybed. 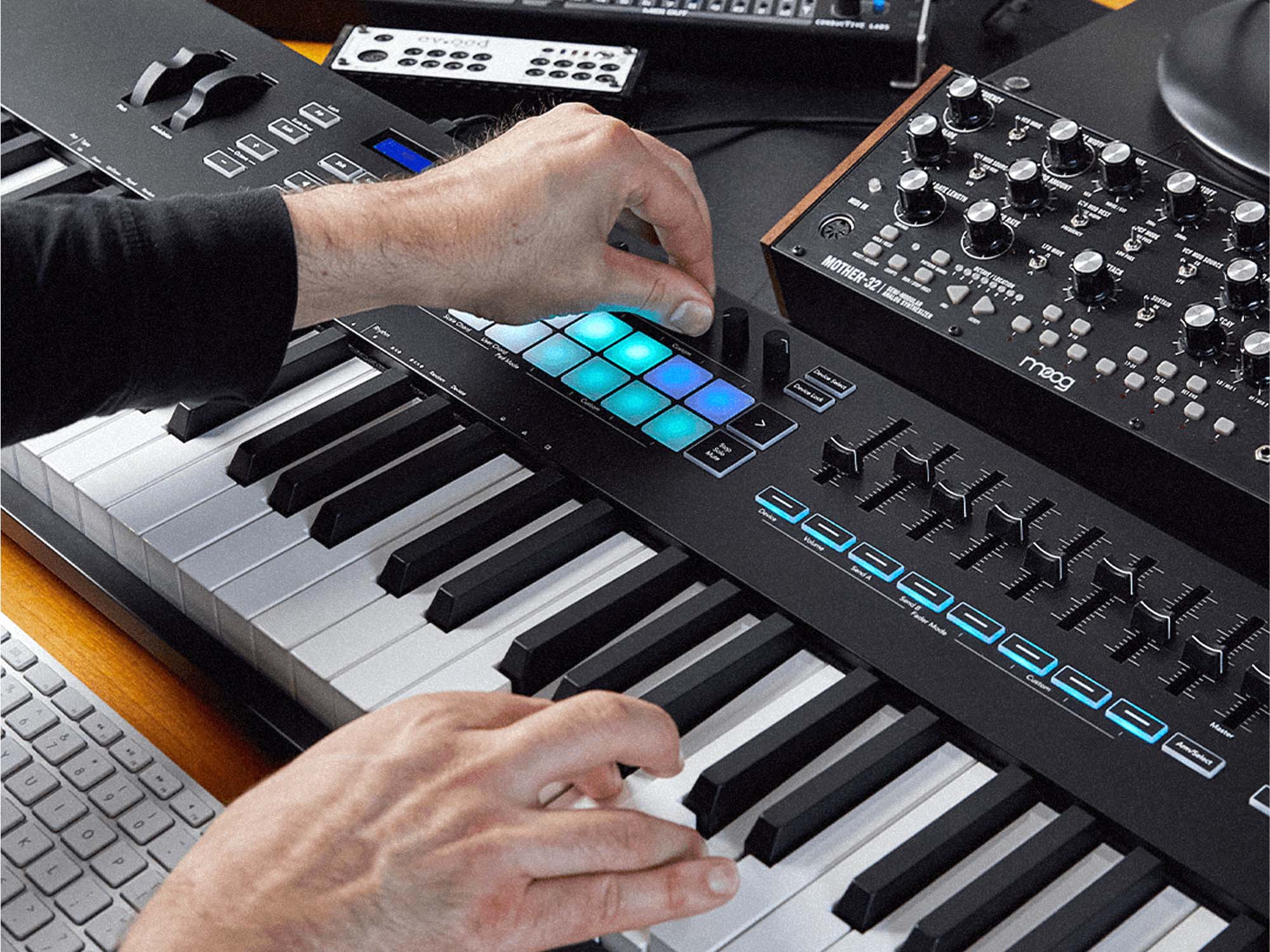 NAMM 2022: Novation has introduced the latest and largest member of its popular Launchkey MIDI controller range with the Launchkey 88.

With a semi-weighted 88-note keyboard, nine faders, 16 velocity-sensitive pads, deep integration with the most popular DAWs and other performance features, the Launchkey 88 is touted to shine as a “powerful centrepiece” for setups both onstage and in the studio, with connectivity options for external synths and other hardware.

The semi-weighted keybed is new for the Launchkey range, as is touted to feature “Novation’s best feeling keymech to date” as a result of “meticulous refinement and testing.”

Meanwhile, other onboard performance features include a built-in arpeggiator, a Scale mode to help your melodies stay in key, and three Chord modes that allow you to perform complex chords with a single key-push.

The keyboard controller is also DAW friendly, with deep integration to ones such as Ableton Live, Logic Pro and Cubase available out the gate, but also supports Studio One, Pro Tools and Reaper, with mixer, transport and navigation controls available.

Novation’s Launchkey 88 ships with a software bundle that lets music production newcomers jump in and start creating. There’s a copy of Ableton Live 11 Lite, along with virtual instruments plug-ins and sample packs included.