NAMM 2022: Neve’s first-ever dual mic preamp and audio interface, the 88M, brings a bit of Abbey Road to your studio

On show now at NAMM 2022, the interface the legendary Neve sound to bedroom producers 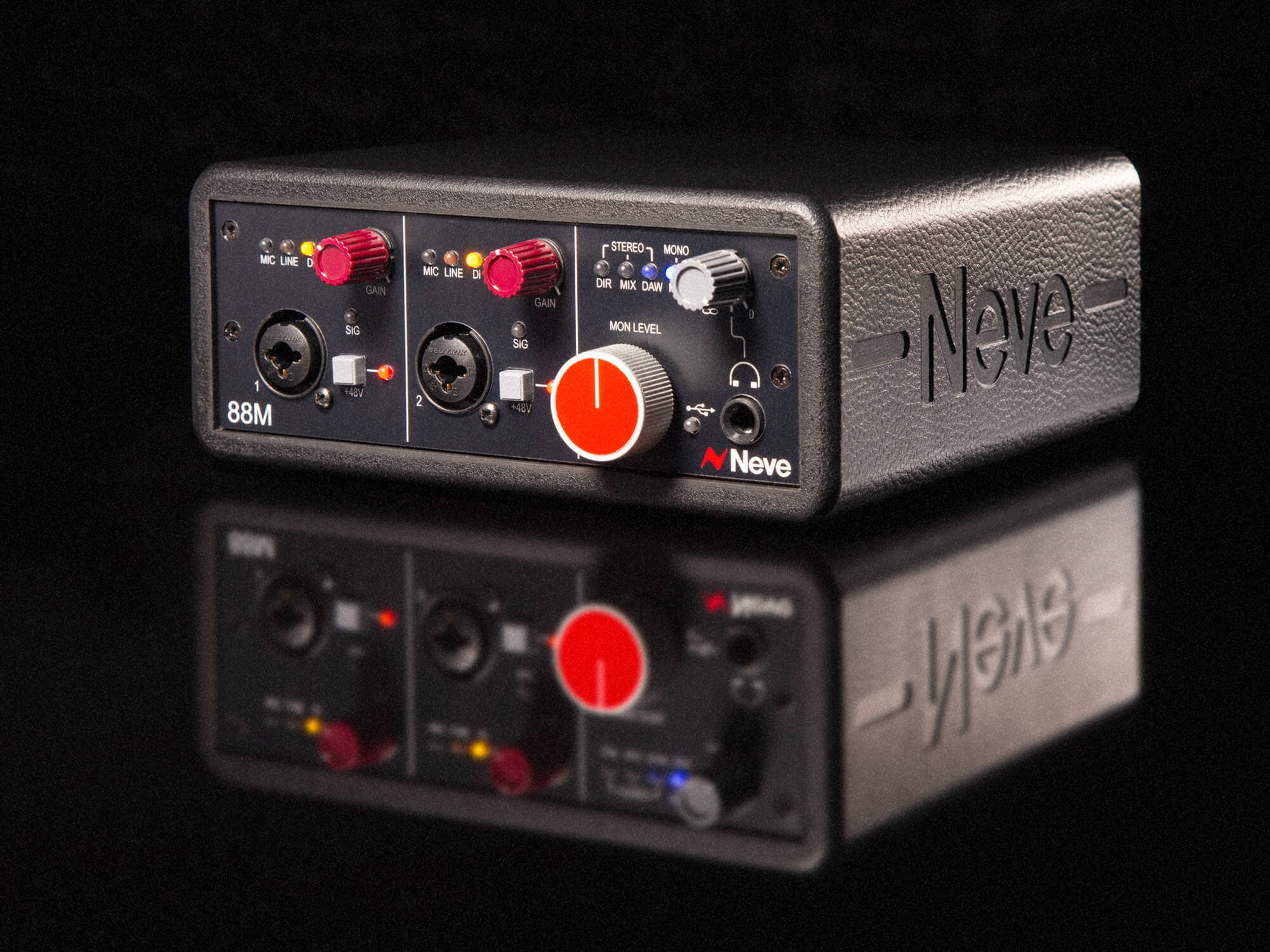 The portable device features the same transformer-balanced technology found in Neve’s flagship – and much larger – 88RS, which has found itself in legendary studios such as AIR, Abbey Road, and Capitol Studios.

The device includes mastering-grade AD/DA conversion, to provide a high-quality fidelity and sound.

Encased in a robust package, the USB, plug-and-play-ready 88M has been built by Neve with “upcoming engineers” and home studios in mind, essentially condensing the legendary 88RS down into a more accessible unit.

According to Neve’s press release, the 88M has been constructed to resolve the issue of high-quality, and high-end gear being bought and used in conjunction with low-quality audio interfaces. The aim is to introduce non-professionals to the “elite group of audio professionals”, Neve states.

Chief Analogue Designer Robin Porter has commented on the device: “During the development of the 88R, the significance of a precise and clinical preamp was not understated… We’ve developed the 88M as a faithful Reproduction of the 88R preamp. It houses the same characteristics, enabling home studios and upcoming engineers to experience the clear and pristine sound quality found in the 88R”.