The LFOs in both are used in Dreadbox synthesizers. 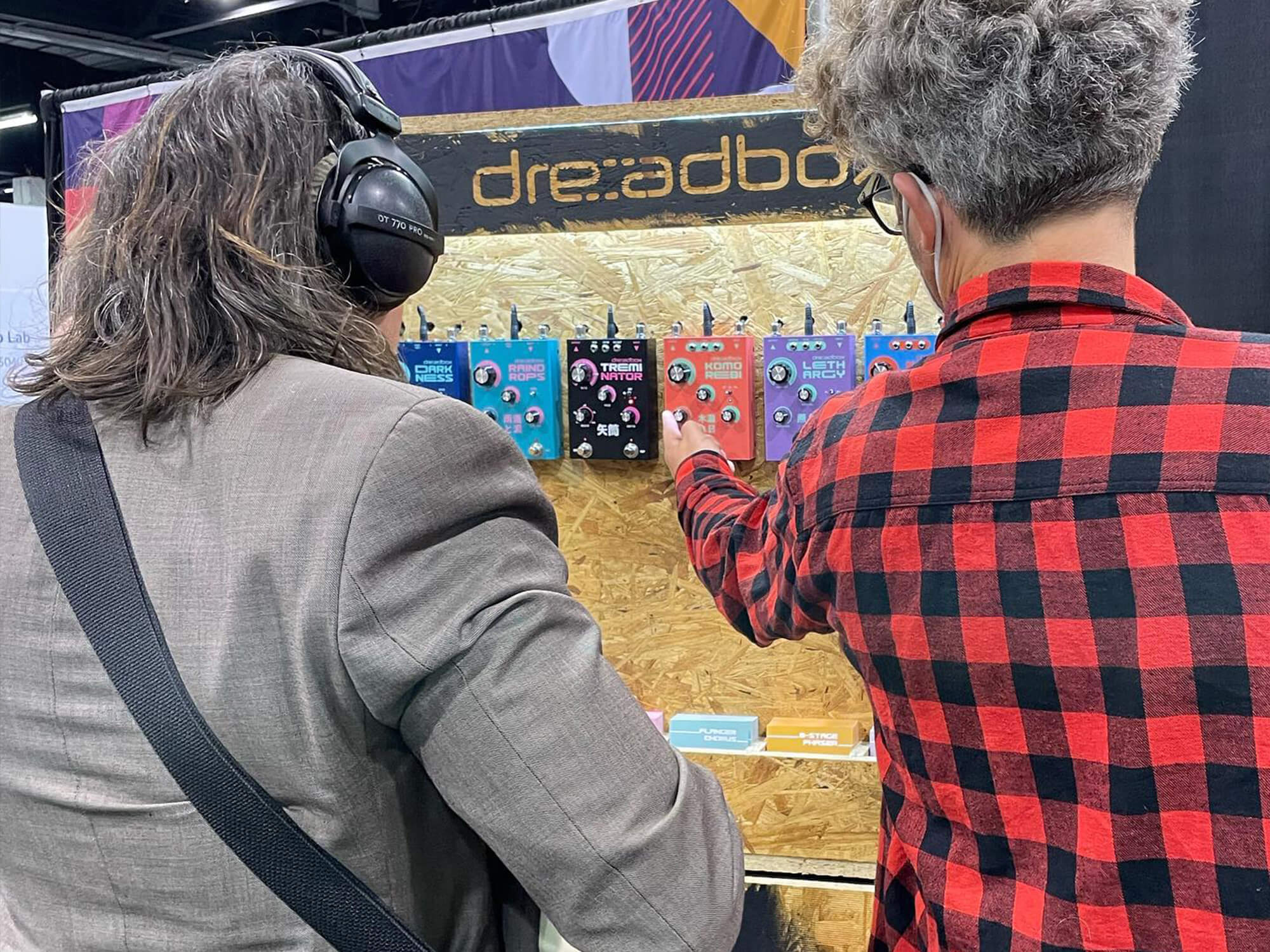 The Greek manufacturer is showing no new synthesizers this year at NAMM Show, but has decided to go back to the company’s roots in effects pedals and show us its latest work.

Firstly, Dreadbox Treminator is an expressive tremolo pedal with a multi-wave LFO built-in, letting users control the rate, fade and depth of their instrument. The LFO is the same technology used in Dreadbox’s synthesizers.

Secondly, the new Raindrops pedal is an analogue and digital hybrid effects pedal that’s all about adding true stereo delay.

This pedal contains a modulated delay which lets users control the delay with an LFO and achieve trippy takes on raw sounds. There’s also a dramatic reverb and delay combination knob, as well as a pitch delay.

The pedals follow the same look and feel as its Darkness stereo reverb, Lethargy 8-stage phase shifter and Kinematic compressor effect pedals, which were launched in March last year.

Asides from Dreadbox’s effects pedals on show at NAMM Show 2022, the company has revealed several fresh looking and sounding synthesizers in recent months. Earlier in the year, Dreadbox released the affordable Dreadbox Nymphes synthesizer and since then, at Superbooth 2022 in Berlin, it revealed the Dymesteria DIY Groovebox. There’s even rumours of a new polysynth called the Murmux.

Both of these pedals will available to buy later in 2022, with Treminator coming in at $199 and the Raindrops stereo delay costing $249.