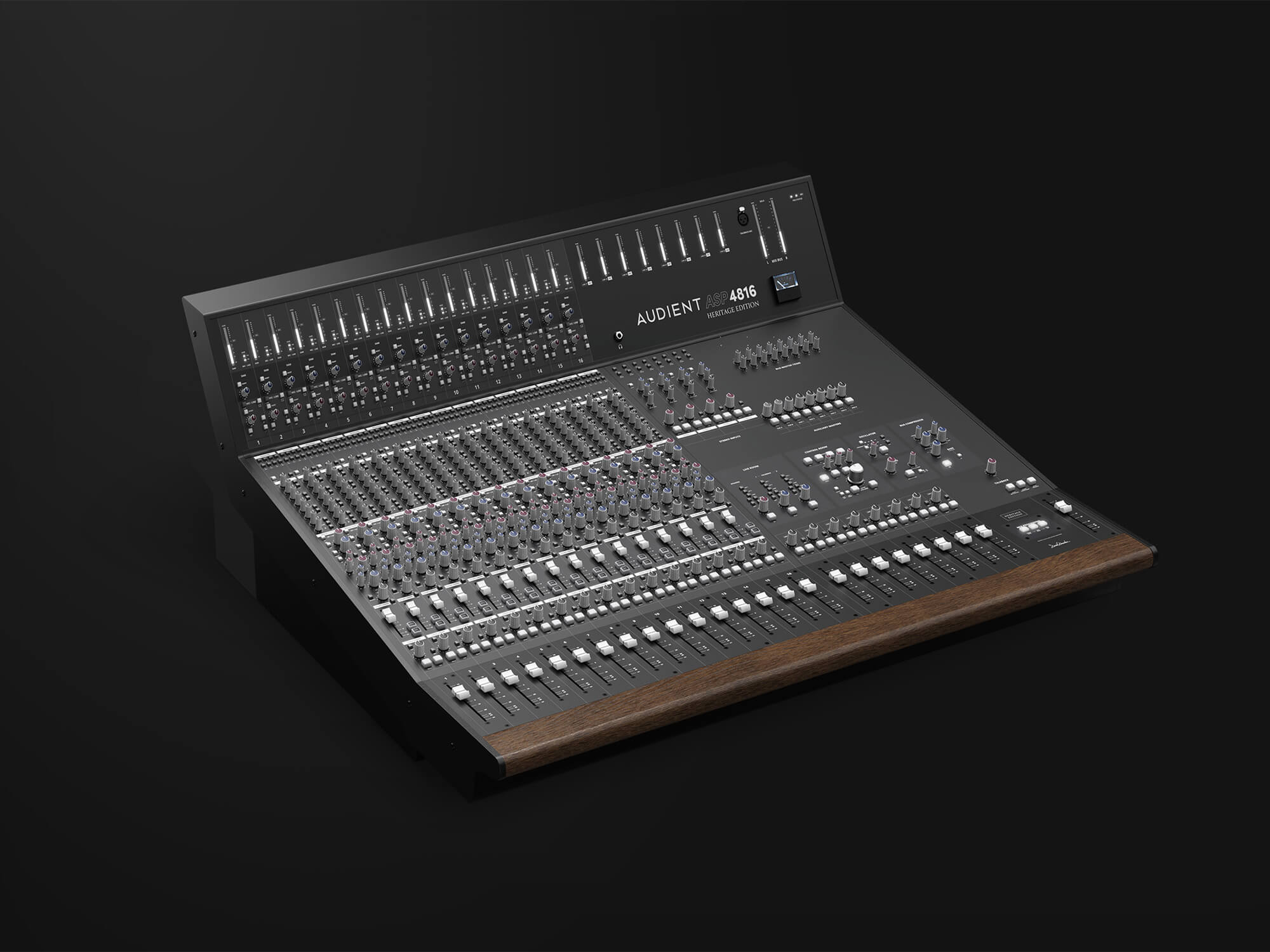 NAMM 2022: British audio brand Audient has unveiled its soon-to-be-released ASP4816: Heritage Edition, which is a snazzy upgrade to its flagship ASP8024-HE.

This upgrade features a brand new look and some exciting enhancements within the large console’s inner workings. The folks at Audient have been receiving requests to add its Vintage Mix Bus processing to the ASP4816, and that’s exactly what they’ve done here.

It features a real transformer drive alongside a Low Bump and High Lift EQ – inspired by classic mastering equalisers. This addition to the upgrade aims to give analogue colour to its users’ mixes and add finishing touches.

Another enhancement – also found on the ASP8024-HE – is the bus compressor Bass Expand, which sets out to add punch without destroying your low end. Further improvements to ASP4816-HE include the addition of a monitoring grade headphone amplifier; latching footswitch triggers for remote, hands-free talkback; an all metal main output pot and a gain reduction VU metre.

Aesthetic-wise, the Heritage Edition also hosts the same new look of the ASP4816, but with the added benefit of a stylish, dark ash wooden armrest. And fear not, the standard ASP4816 will continue to be produced, alongside the ASP4816-HE. And to celebrate its 10 years in production, it’s been given a makeover: From July it will come with an obsidian finish, improved labelling for easier navigation and white LED metering.

With their versatile array of connectivity, the signal conditioning, routing, summing, processing and monitoring capability of the desks, they’re ideal for both professional and project studios. If you’re down at NAMM yourself, you can get the first look at Audient’s newest console at booth #11006.