Apogee is at NAMM 2022 showcasing their latest innovations 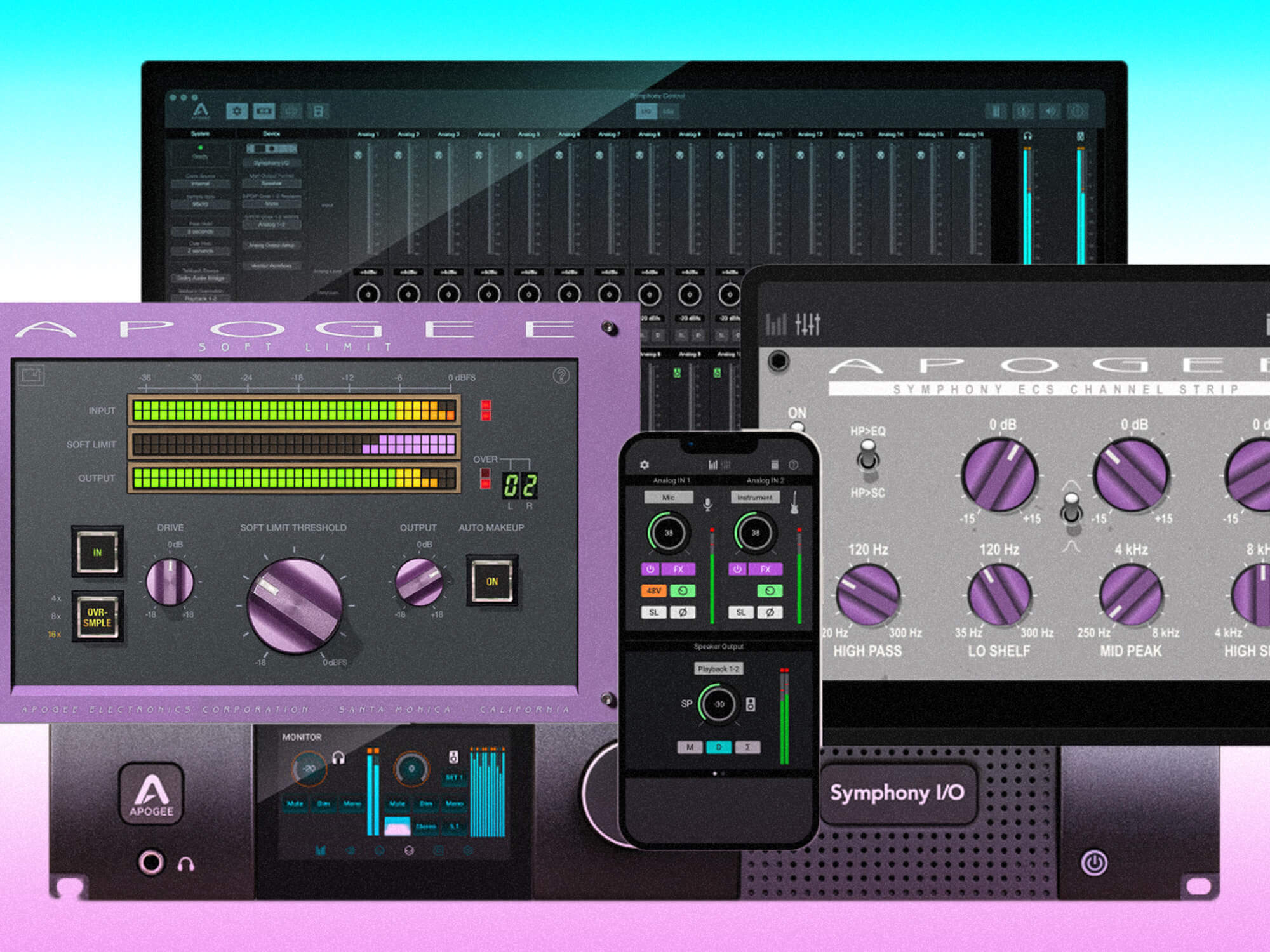 This year is a busy NAMM festival for Apogee, who firstly announce their free plug-in version of the Apogee Soft Limit.

Soft Limit is a tape emulator and has been a feature on all Apogee converters since the company’s standalone AD-500 converter was launched in 1991. Now, it’s available as an audio plug-in for free.

The plug-in can be used to heighten apparent loudness while keeping control of the digital peaks of a sound. It can also be used to add analogue tape-like warmth and a “crunchy thickness” without sounding brash.

Secondly, Apogee’s Symphony I/O MkII Thunderbolt’s Monitor Workflows is new mixing software that has been built with spatial audio engineers in mind. What’s meant by that is that it has Dolby Atmos and other immersive 3D audio format compatibility. The software also lets users create up to 16 Monitor Workflows.

With Monitor Workflows, users can also flick between Workflows from the Apogee Hardware remote, in the Symphony Control software or from the front panel touchscreen on the Symphony I/O.

Lastly, Apogee has revealed a brand new app for devices aimed at streamers and content creators. The app works with the Duet 3 portable audio interface and adds extra accuracy to recording via iPhones and iPad.

In the iOS app is a Control Symphony ECS Channel Strip, letting you record in high-quality audio.

Plus, Apogee has now announced that from 15 June, for every Duet 3 purchased, they’ll throw in a free copy of Ableton Live lite.