Rumours abounded last year of a miniature ARP 2600 after Korg showed off its fully-sized reissue at NAMM 2020. It looks like they were right, after all 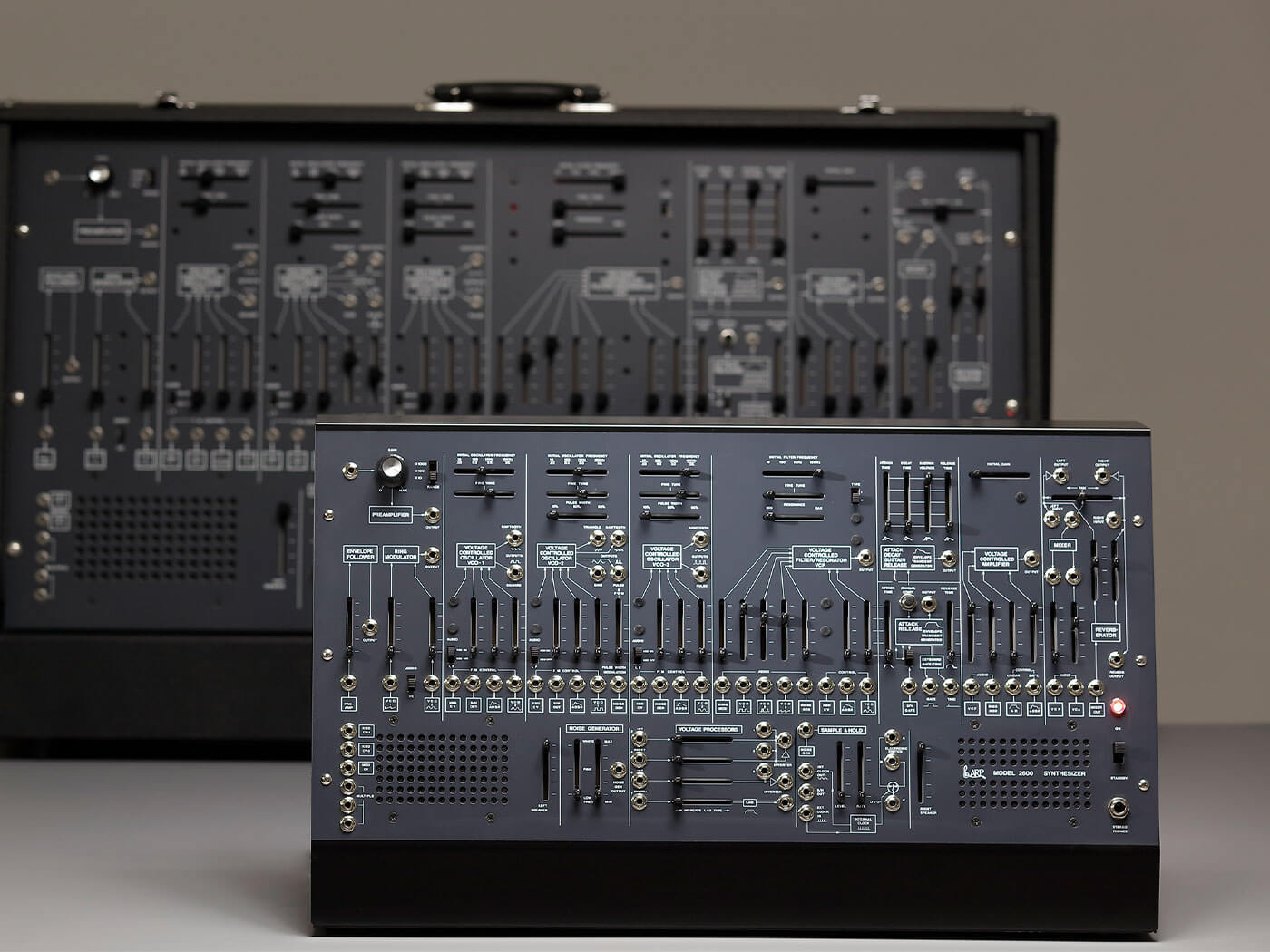 NAMM 2021: Korg has teased the ARP 2600 M, a miniature version of its ARP 2600 reissue showcased at last year’s NAMM Show. A video uploaded by Korg shows the semi-modular synth next to its big sibling, with the same modulation and routing options and the same sci-fi sound.

There was an air of disappointment when Korg said it had sold out of its ARP 2600 within the first few weeks of its release. Synth enthusiasts held out hope for a second reissue – perhaps a miniature version was on the horizon? Speculation of the latter was fueled by a leaked photo that hinted of more than one version of a mini 2600. Luke Edwards from Korg told us there were no such plans, though. Nicely done, Luke.

This year’s NAMM Show, despite being rebranded as the virtual Believe in Music week in lieu of a real-life conference, sees Korg delivering the goods. The ARP 2600 M boasts the same analogue circuitry as the 2600 but appears to come without the built-in keyboard, for streamlined portability.

As expected from a 2021 synth release, the ARP 2600 M is built with some features that allow it to thrive in a modern studio. Plug-and-play MIDI controller compatibility is here, thanks to USB-A and USB-B ports included on the 2600 M. Two filter types from two version of the ARP 2600 can be found on the resized semi-modular, with the 4012 type and 4072 type with DIN MIDI In added. Pitch bend, modulation and portamento can now be controlled via MIDI CC messages using USB and DIN MIDI, too.

Hooking up with Eurorack gear and Korg’s Volca series is made easier with a five-volt trigger signal, plus stereo output TRS jacks, as opposed to the original XLR connectivity. Improved attack and release time ratios are featured, along with smoother faders across all parameters.

You’ll also get a bundle of free music software with the synth to get started right away. This includes a lite version of Reason Studios’ legendary rack-based DAW, iZotope Ozone Elements, virtual instruments from AAS, UVI and Korg, and a three-month subscription to Skoove, an AI-based keyboard tutoring software.

Korg is also throwing in a limited edition colour road case and Korg MicroKey2-37 to the first 1,000 buyers of the ARP 2600 M. 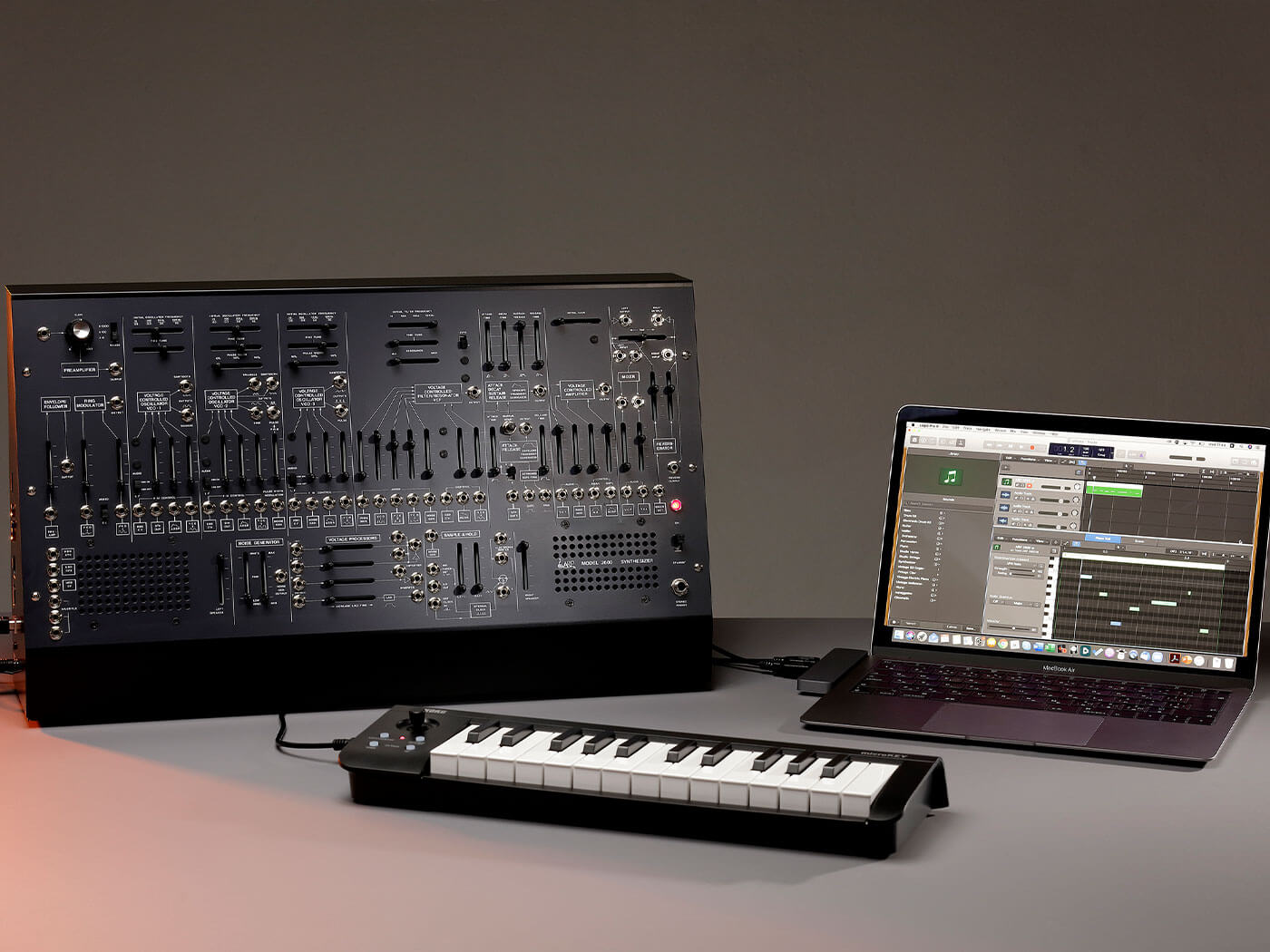 There’s no word on price yet, but it’s speculated to come with a price tag of €1,799 with a Summer 2021 release. Meanwhile, rival manufacturer Behringer has its own 2600 reissue that costs cost a mere £559. Korg’s Luke Edwards acknowledged this in our interview and said: “Our 2600 is the genuine article, we obviously collaborated with the original designer from ARP. This is the legit version, a complete full-size reissue with the ARP brand on it”. The good news is that synth lovers will at least have the choice between a genuine synth and a more affordable alternative.

We’ve reached out to Korg for some more in-depth information, which we hope to share with you soon.

Find out more at korg.com.