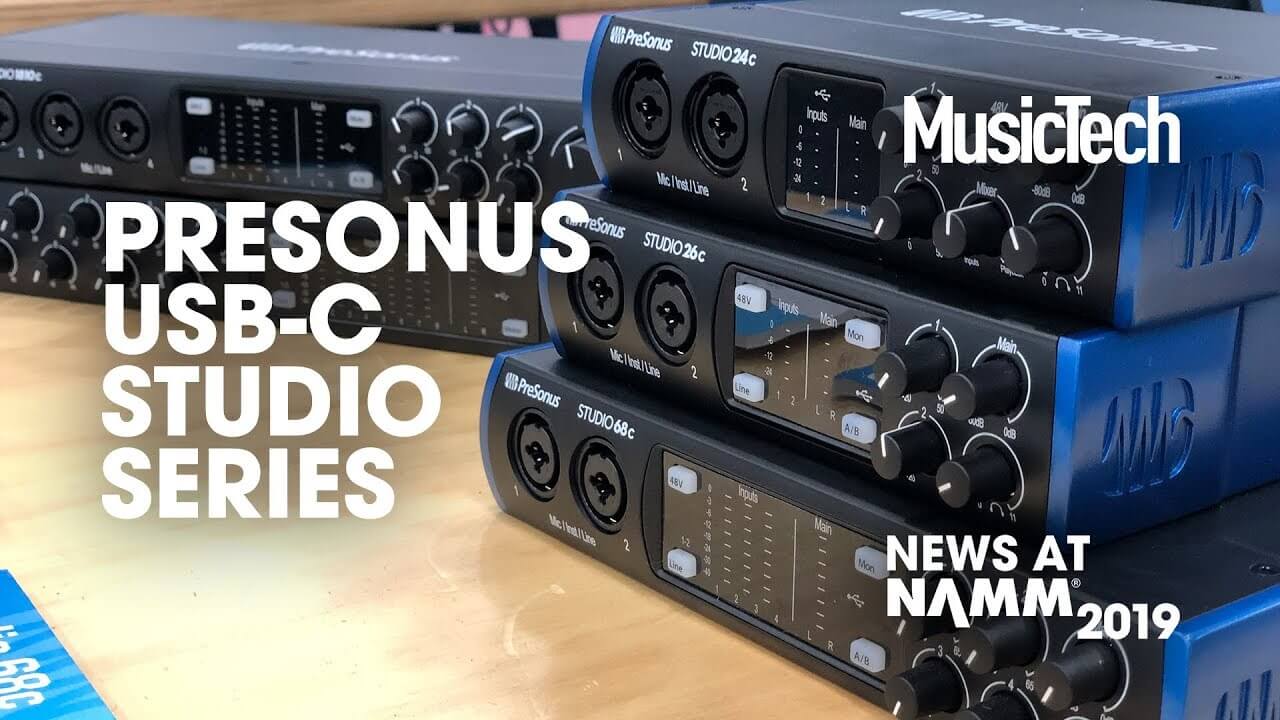 Dubbed the Studio Series USB-C, this family of audio interfaces replaces PreSonus’ first-gen Studio series. All of the new models except Studio 24c feature DC-coupled outputs for sending control voltages. They all also have MIDI compatibility, and ship with both USB-C to USB-C and USB-C to USB-A cables. Here’s a closer look:

The 68c, on the other hand, is well-suited for small bands with its six-in, six-out design: Four XMAX-L preamps (two mic/line/instrument on the front and two mic/line on the back) and S/PDIF I/O.

Built with producers and small bands requiring a wide berth of sources, the 1810c can record up to 18 simultaneous inputs. It sports eight outputs and four microphone inputs with XMAX Class A mic preamps.

The bigger cousin to the 1810c, this audio interface is suited for project studios and full bands. It can record up to 18 simultaneous inputs, and has eight microphone inputs with XMAX Class A mic preamps. Its 20 outputs provide the freedom of flexible routing with zero-latency DSP-based monitor mixing and control-room integration through the Studio One Artist and UC Surface software that it comes with.