When you’re on the go, the flexibility of software is undeniable. Here are our top picks for the best software from the show. 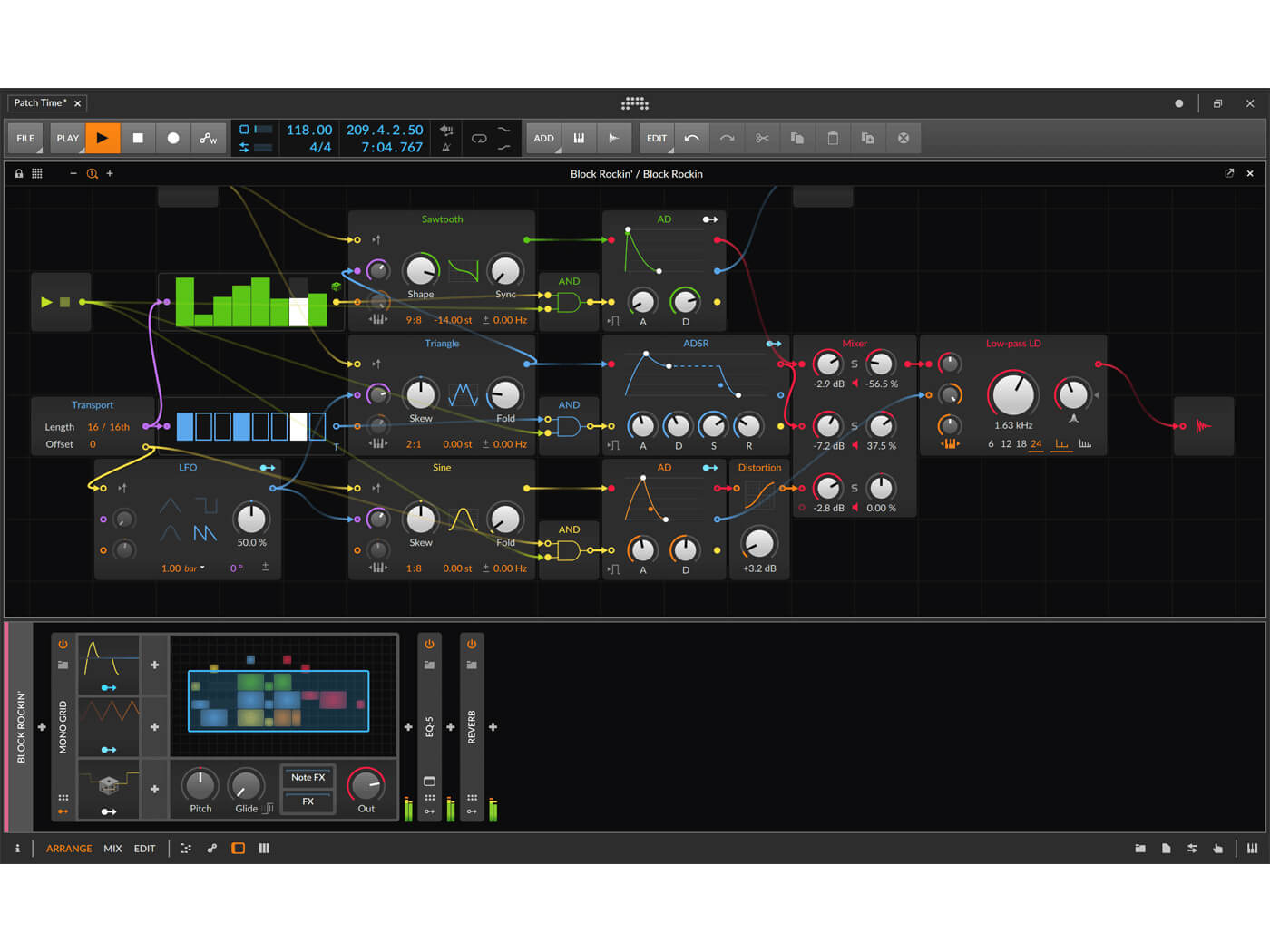 If you have a penchant for the dramatic, then EastWest Voices Of Opera might well be up your street. The new software instrument promises pristine operatic vocals provided by soprano Larisa Martínez (who’s toured worldwide with Andrea Bocelli) and tenor Carlton Moe (who’s appeared in Phantom Of The Opera on Broadway).

Orchestral Tools debuted its new software library, Metropolis Ark 4, at NAMM 2019. One of the most intriguing features here is the Power Legatos, which is designed to make legato playing sound much more human. With male and female choirs, brass and wind sections, percussion, and more, the instrument pack takes the Berlin Series and Metropolis Ark Series to a whole new level.

Watch our video to find out more and hear the pack in action.

If you’re a serial buyer of loop and sample packs, then Loopmasters could save you wads of cash.

In Loopcloud 4.0, the latest version of the company’s DAW-integrated sample store, you can audition samples and loops in your actual track before actually purchasing anything. The new Loop Editor lets you cut them up, change pitches, retime them and ensure that the sample you want works before you even buy it. When you’re happy, you can either download the original sample or download your edited version.

The system works on micropayments, too, so you should come out with just the samples you need and not hard drives full of unwanted data. Loopcloud 4.0 is available for free.

Game sound composers, rejoice! Best Service’s Dark ERA is composed entirely of sounds made by instruments from medieval times. From the mind of Eduardo Tarilonte, creator of award-winning libraries such as Forest Kingdom, Desert Winds, Epic World and Shevannai, Best Service again presents something off the beaten track.

It’s weird, it’s eclectic and it’s atmospheric – watch our video to hear it in action.

Every DJ’s favourite mobile app has been unshackled from iOS, with versions now available on Mac and PC for the first time. The new version lets you download tracks directly from Soundcloud, put together playlists and also trial the app for 30 days. Not to be confused with Traktor Pro.

Traktor DJ2 is available on iOS, Mac and PC.

Inspired by the popularity of Uptown Funk, the EastWest team went about creating a library that injects the sounds of a dynamic brass section into your music.

To that end, the brand enlisted multiple Grammy award-winning engineer Moogie Canazio – who has worked with Diana Ross, Ray Charles and other legends – for Hollywood Pop Brass. The library gives you access to a four- or five-piece ensemble that includes two trumpets, trombone, tenor, alto and baritone saxes.

Since its acquisition by BandLab Technologies, Cakewalk by BandLab has been receiving regular updates. The latest adds a neat feature that allows you to export your tracks – up to 12 – to BandLab with a click. The stems are uploaded to a BandLab project, which you can then open to collaborators for comment or additional production.

Cakewalk by BandLab is a free DAW for Windows, and is available now.

If you’re already an owner of an Apogee Ensemble or Element audio interface, then you’ll love this. Apogee has unlocked the DSP in those interfaces with new FX Rack plug-ins. Having the DSP means there’s less of a drain on the host computer’s resources.

Among the handful of plug-ins available are a pair of Pultec-approved EQs. The plug-ins are available both natively and in DSP, with the same interface used across both types. If you thought Universal Audio and Antelope had the DSP interface game tied up, think again.

The Oeksound Soothe’s ability to fix poorly recorded tracks is quite something. A dynamic multiband filter that automatically responds to incoming audio to reduce harshness, it’s already found fans in top engineers such as Ryan Hewitt.

We run down the latest features in version 1.3 from 2.30 in the video above.

Since its inception, Bitwig Studio has been positioned as a next-generation, forward-thinking DAW that isn’t saddled by the old codebase of its rivals. It achieved this to great effect in version two with its system-wide modulation capabilities.

Now, in Bitwig Studio 3, we’re seeing the next evolution. Modular sound design is the name of the game here with a new “open modular environment” known as The Grid. So far, so Tron, but it allows you to build simple and complex processors, sound generators and much more in a Reaktor-esque way, all from within the base software.

Check out this page for all things NAMM 2019.