The Moog Sound Studio now comes as a three-synth package

It includes the Mother-32, DFAM and Subharmonicon along with a lot of goodies. 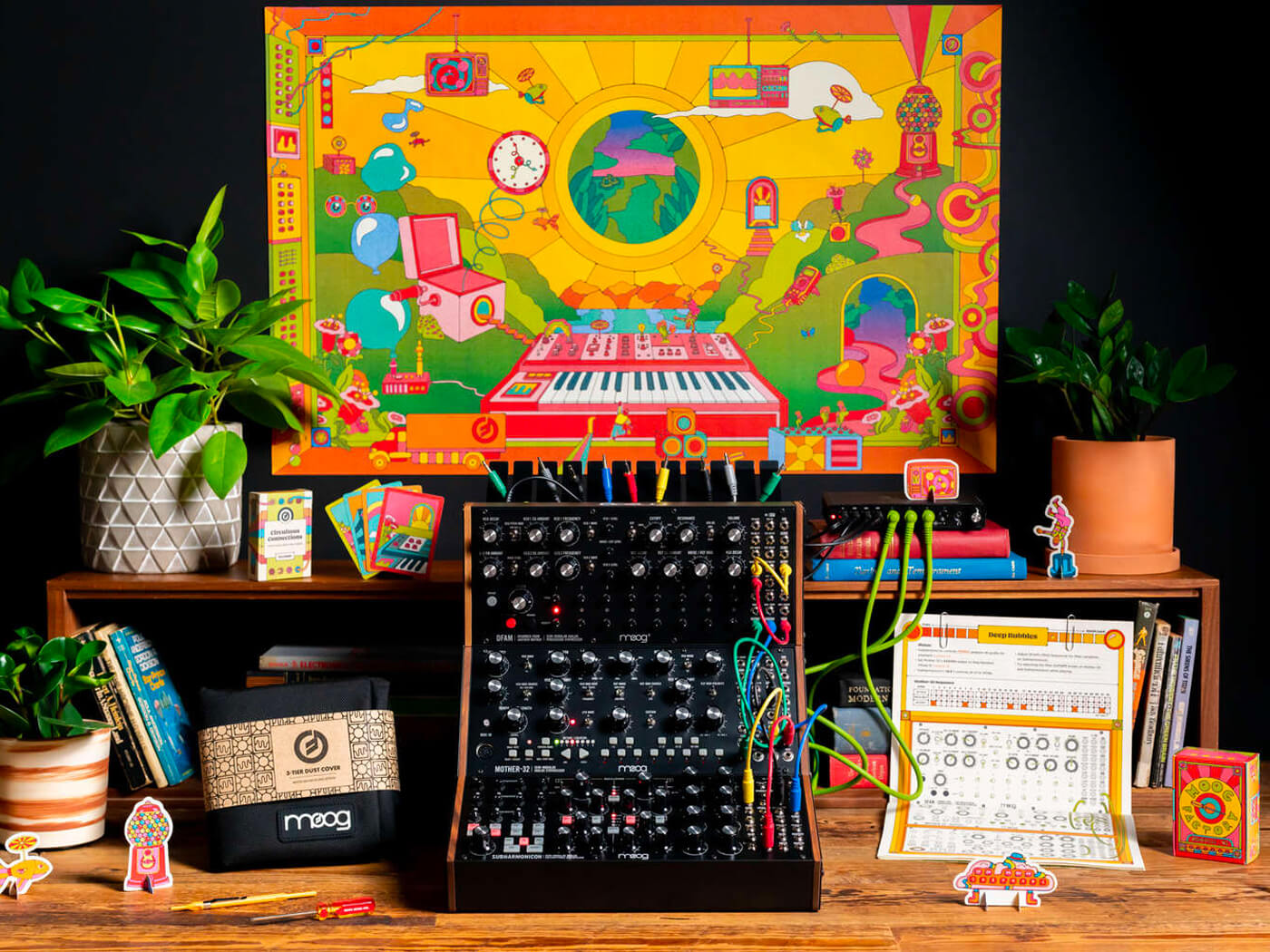 Indecision has paid off for those still on the fence over whether they want the Moog Sound Studio with a Mother-32 and DFAM, or Subharmonicon and DFAM. Rejoice, as Moog’s new upsized version of the package includes all three.

The three-tier version of the Moog Sound Studio is described as an all-in-one synthesis exploration package. Along with the power trio of analogue synths, cables and rack kit, it includes a synth exploration card game, patch book and other fun goodies.

The thoughtful mixer and power distributor means there’s just a single power plug and a single output for the entire stack, and this version even includes a dust cover that the previous version didn’t.

To celebrate the new package, Moog has also dropped a seven-song EP to show what the system is capable of. It’s a sequel to the EP which paired with the first set, which launched in March.

In our review of the previous Moog Sound Studio bundle, we said: “Moog has taken an unconventional but fulfilling approach with its Sound Studio bundles. Synth veterans will appreciate the flexibility and, and for newcomers, it represents an approachable way into modular synthesis.”

The new Moog Sound Studio bundle is priced at $1,999 and is available now.