At $25 for new users, this might be the cheapest way to get your hands on an official Minimoog emulation 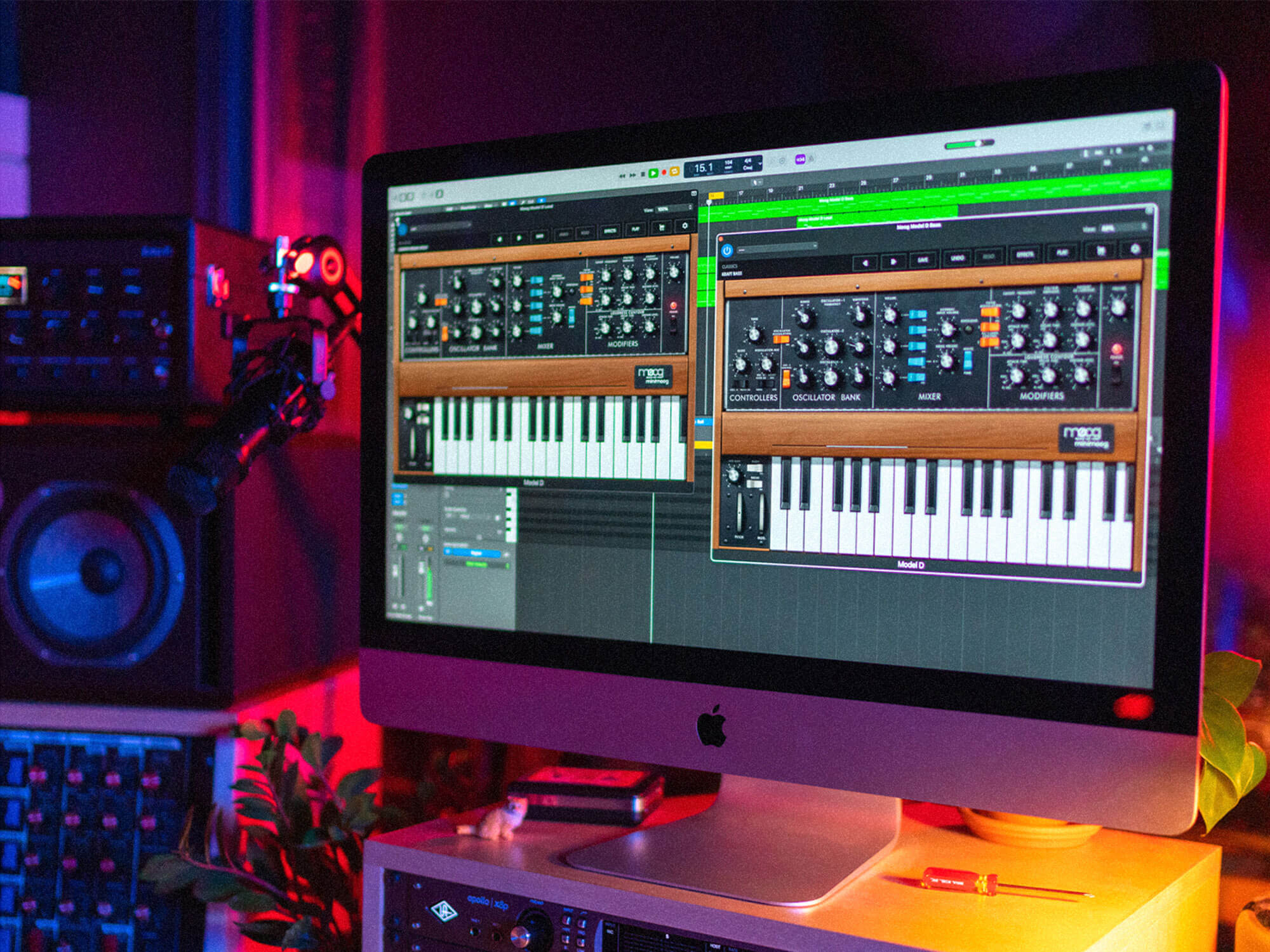 Moog Music has brought its revered Minimoog Model D iOS app to desktop as a plugin for major DAWs and as a standalone app. Best of all, it’s free for existing iOS owners and only $25 for new users.

The app, which is one of Moog’s few mobile synths for iPhones and iPads, is available to all macOS users running Big Sur or above. Moog’s first official Minimoog Model D desktop app brings the authentic sound of the original hardware as a VST3/AU or as a standalone virtual instrument, thanks to a wrapper for the AUv3 unit.

This means you’ll be able to use it in almost every DAW, including Cockos Reaper, Ableton Live, and even Apple GarageBand. Newer Mac computers with Apple Silicon architecture are also supported.

Packed with 160 presets, the plugin is more than just a faithful recreation of the 1970 monophonic synth. Along with four-note polyphony, the virtual recreation boasts an easy-to-use arpeggiator, a real-time loop recorder with unlimited overdubbing, a ping-pong stereo delay with tempo sync, and Bender – a “wide-range stereo time modulation effect module,” Moog says. Plus, a new update includes a revamped preset management system to swiftly browse presets and randomise your patches.

In addition to the modern quirks the software offers, you can also delve into Moog’s expansion packs. Each pack boasts 30 presets that cover polyphonic organ-style sounds, old-school bass tones and sci-fi atonal sounds.

Currently, the only other Moog-endorsed Minimoog emulation is Universal Audio’s UAD plugin. This is now available for $99, meaning Moog’s new offering is the most affordable way to get an official Minimoog VST. However, the $25 price tag on Moog’s Minimoog app is an introductory price, meaning it’s like to increase in due course.

If you’re already an owner of the iOS version, you’ll be able to get your hands on the macOS version for free. Just sign in to the App Store with the same Apple ID and hit download. You can also take advantage of a new bundle offer from Moog, giving you the Model D app and Model 15 Modular Synthesizer app for $50.