It focuses on the creation of complex, randomised sequences. 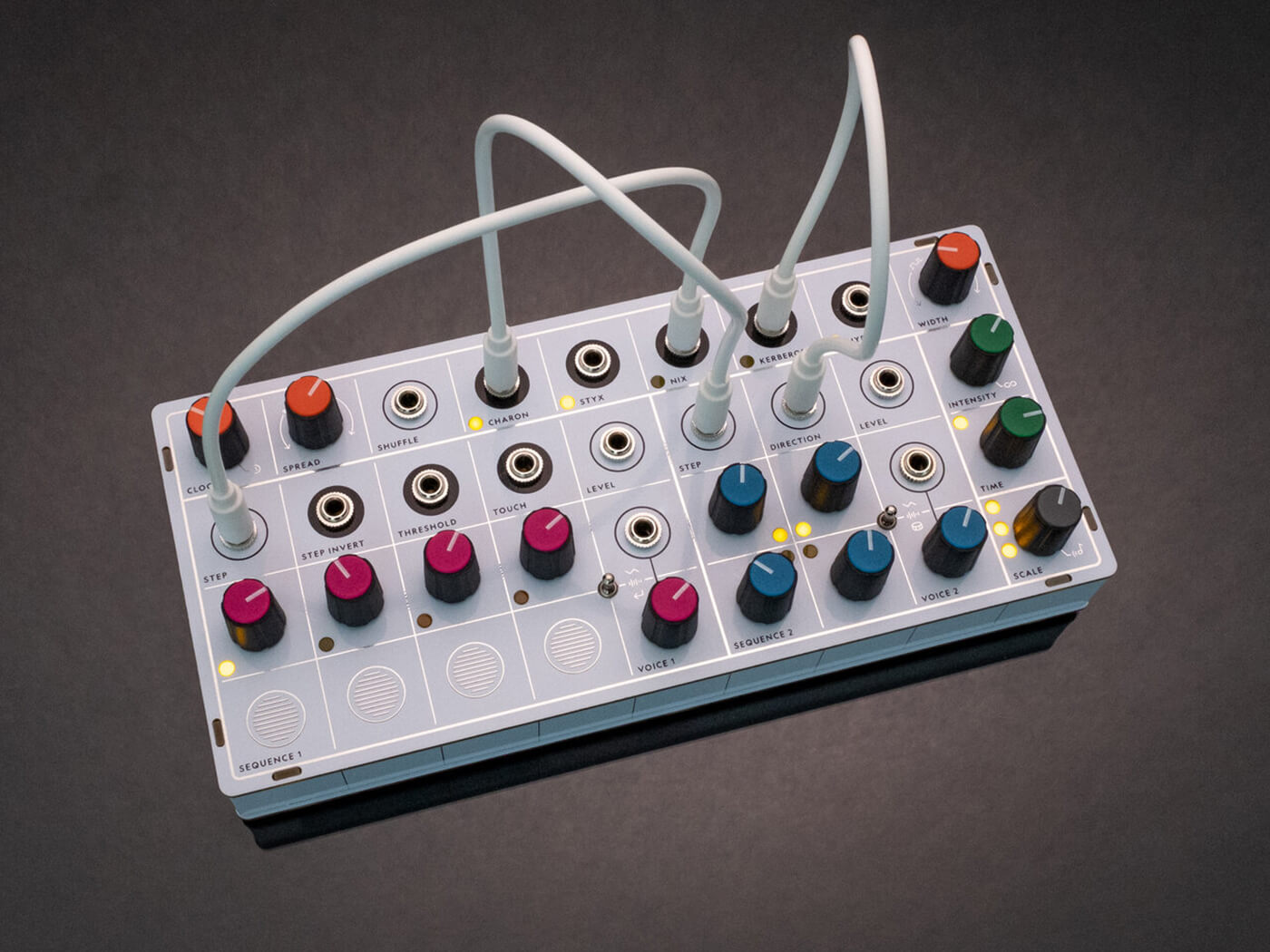 Pluto is a pocket-sized digital synth that takes inspiration from vintage portable instruments such as the Buchla Music Easel and Casio synths of the 80s.

The two-voice, dual-sequencer synth offers five channels of modulation – Charon, Styx, Nix, Kerberos and Hydra – each named after one of Pluto’s moons. These let you create complex, randomised sequences.

A master clock control lets you set the tempo for all five mod outputs while a spread knob alters their rhythms in a musical way. Meanwhile, the width knob enables you to widen or narrow the pulse-width of the channels. And, for even more rhythmic complexity, there’s a shuffle input that momentarily displaces channels when fed with a high signal.

With its Eurorack-compatible patch points, Pluto can communicate with other gear in your setup, but it’s also a self-contained system meaning you can use it standalone. It also has a mini touch keyboard and an in-built delay with loop and glitch modes.

Hear Pluto in action below:

Modern Sound as not yet announced and launch date or price, simply that Pluto will be “coming soon.”