New plug-ins and an expression pedal will also be showcased. 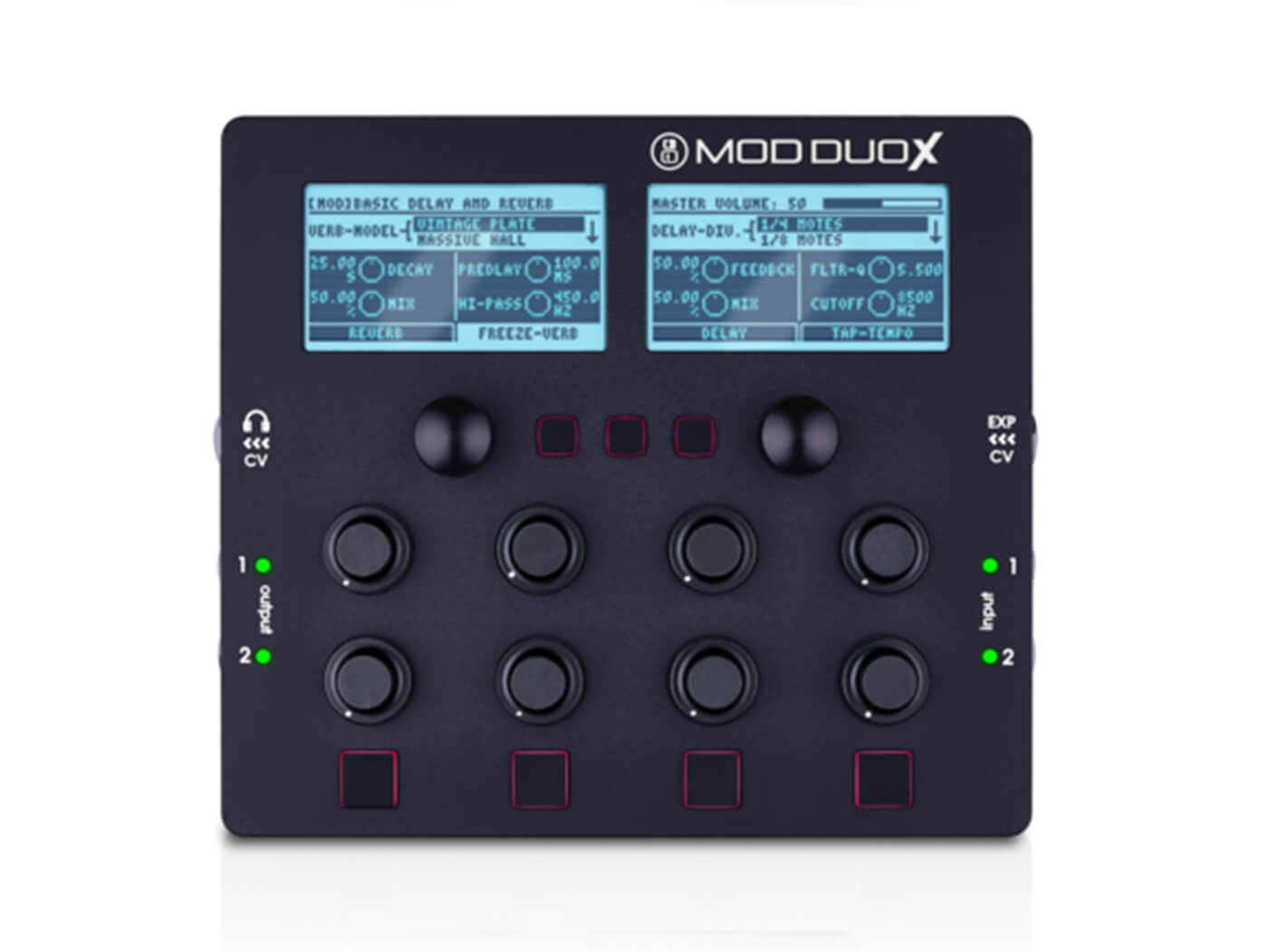 Last year, Mod Devices unveiled Mod Duo X, a programmable desktop audio processor aimed at electronic musicians and producers. Though the unit was previewed at NAMM 2019, the brand is set to carry out a comprehensive demo of a limited-edition version of the device at Berlin’s upcoming Superbooth exhibition.

It’s worth noting that the limited-edition Mod Duo X has an identical feature set as its normal counterpart. The processor features two independent audio channels, signal-editing options, a variety of effects and MIDI capabilities.

At Superbooth, Mod Duo X will be demoed in two setups: for electronic music production and performance. The demonstration will be carried out by brand specialist Jesse Verhage and producer/DJ Heartthrob (aka Jesse Siminski), a proponent of underground house and techno.

While it’s not certain what aspects of the device will be showcased, the demonstration might delve into Mod Duo X’s new control voltage (CV) utilities: MIDI-to-CV, Audio-to-CV, and CV Clock. These are bolstered by familiar CV modules such as VCO, LFO and VCF, which let users construct their own “synth in a box”, according to the brand.

Visitors to Mod Device’s booth will also be able to sample the latest MOD plugins, including ValveCaster and Phantom Zone. The former is a distortion plug-in modelled after a “famous DIY guitar pedal schematic” – the brand claims – while the latter is capable of 3D-like chorus sounds. These two options join a library of over 400 free plug-ins offered via the Mod plug-in gallery.

The company will also be showing their recently announced MOD Expression pedal for the very first time.

Here’s a quick run through of Mod Duo X:

Pre-orders at €699, shipping after Superbooth 2019. More info at moddevices.com.