The Moog Minimoog Model D is back for a 2022 reissue

The iconic synthesiser, made famous by the likes of Kraftwerk, Herbie Hancock and more has returned 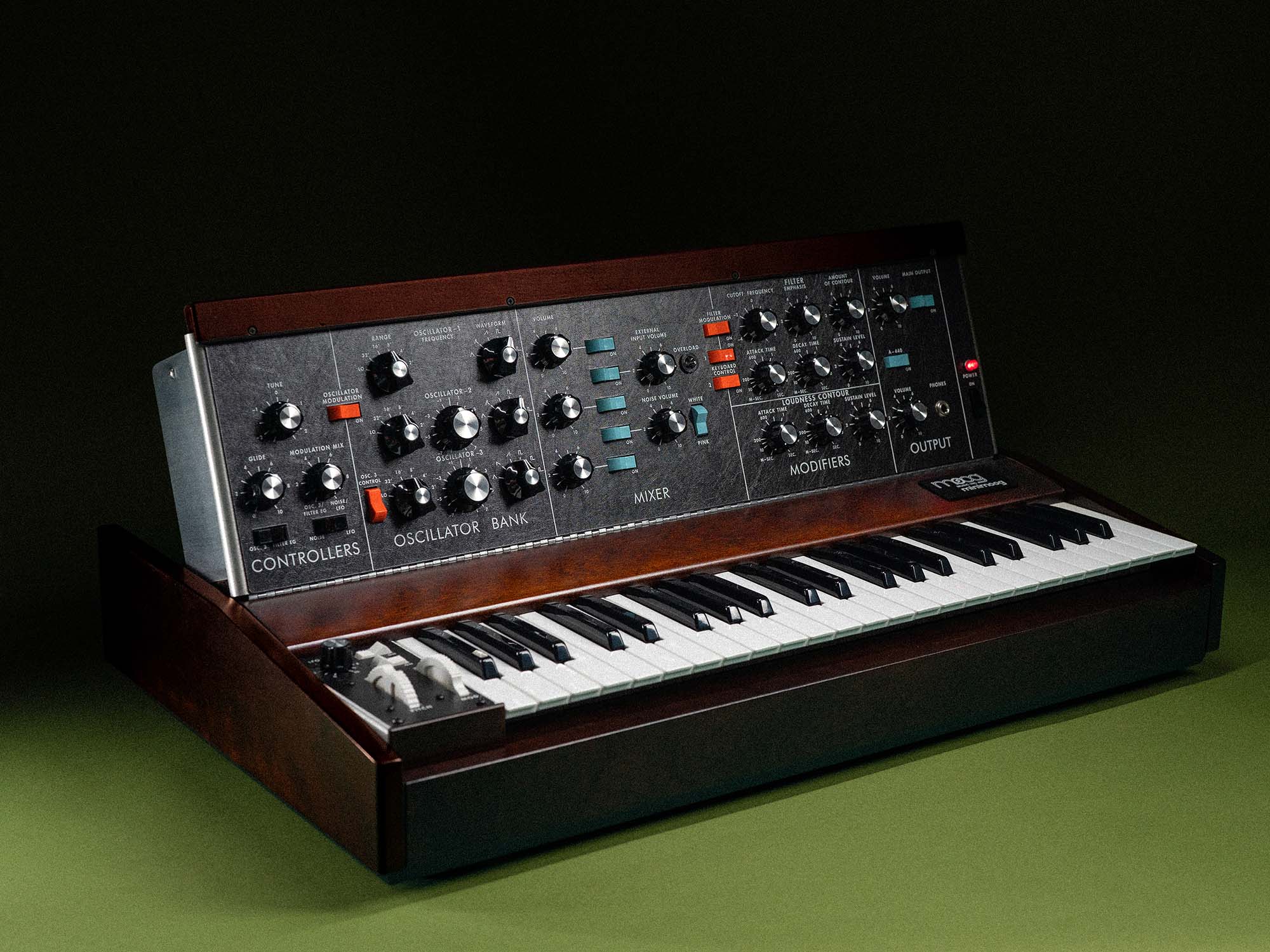 Moog has revealed that the Minimoog Model D is returning to production at the Moog factory in Asheville, North Carolina, since it was ceased in 1981 and briefly reprised in 2016.

The synthesizer, which was first released over 52 years ago, gained a reputation as an accessible version of Moog’s 1960 modular synthesizer counterparts, with pre-wired modules allowing it to be played instantly with no patch cables required.

While the Minimoog received acclaim for its technological advances, it was also embraced by many household names, such as Herbie Hancock, Pink Floyd, Kraftwerk and many more.

Moog hopes the newest version of the Minimoog Model D continues this legacy, with an identical sound engine and signal path to the original model. However, it will also include a series of functional modifications that premiered in the 2016 production run. This includes an analogue LFO with triangle and square waveshapes, MIDI integration, and improved pitch wheel calibration.

The new release will also feature a spring-loaded pitch wheel, something that has not been seen in previous production runs.

The Minimoog Model D will don an aluminium chassis, and an Appalachian hardwood cabinet, just like its predecessors.

You can watch a demo of the Minimoog Model D below:

This is not the first time that Moog has brought back the Model D, as the synthesiser was briefly in production in 2016 and 2017. Additionally, Moog Music released the Minimoog Model D app for iOS in 2018, which is currently available at 50 per cent off.

Alongside the news of the rerelease of the Minimoog Model D, Moog is also released a selection of merch, including cases, t-shirts, bumper stickers, and a Minimoog slip mat.

The first production run of the latest Minimoog Model D reissue is now shipping to trusted Moog dealers and distributors across the US and internationally. As anyone with a previous hunger for a Minimoog will know that these beauties don’t come cheap. This particular production run will set you back $4,999/£5,299/€5,999 for a unit. That’s a heck of a lot more than some of the emulations out there but, then again, this is the genuine artifact.

For more information about the Minimoog Model D, and how to get your hands on one, you can visit moogmusic.com.