The brand’s debut plug-in lets creators generate soundscapes in a live setting using either their own audio or through a range of samples. 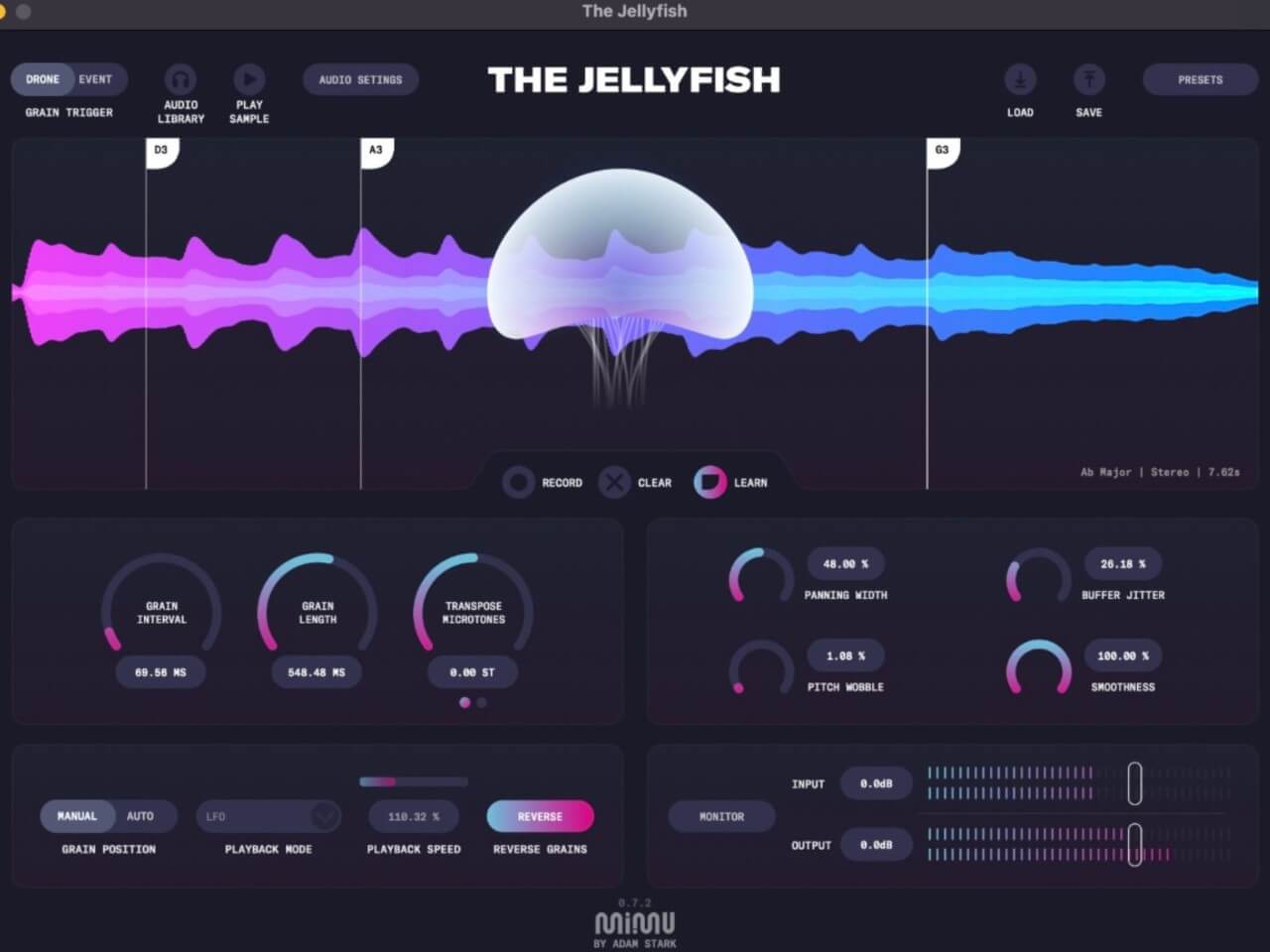 MiMU, the brand behind the revolutionary MiMU Gloves, has unveiled its latest development, the Jellyfish granular synth plugin, which can create drones, soundscapes and pulses in real-time.

The first ever audio plugin to be released by the UK-based brand, the Jellyfish is described as a live-input granular synthesis engine and is available now for macOS and Windows.

MiMu has designed the synth for live performances. It allows you to record your voice or instruments directly into the unit and then redesign the audio in real-time to create a host of new soundscapes.

Available as an AU, VST3 and standalone plugin, the Jellyfish synth gives you the option to either record and manipulate your own audio — via a drag-and-drop tool — or choose from a range of samples that come pre-saved in the plugin’s own royalty-ree audio library.

Additional features of the unit include a Grain Interval control, to alter when grains are triggered; a Grain Position control, to manipulate where in the audio to source grains from; and a range of parameters to control the length shape, direction, pitch wobble and panning position of each individual grain.

Elsewhere, a range of playback options, including Forwards, Backwards, Random Walk, Random Jump and LFO, also come incorporated, enabling the automatic movement of the grain position according to modes.

Similarly, a MIDI-learn feature comes as standard, allowing you to map MIDI notes to markers in the source audio. This means that different parts of the audio have the potential to be played back via a MIDI keyboard or other controller. What’s more, a built-in preset system allows you to save your favourite creations as presets for future use.

Available now for £99, further information on the Jellyfish granular synthesiser can be found on MiMU’s website.