Midronome wants to be “the most reliable, simple” MIDI master clock for music-makers

Its Kickstarter funding goal was allegedly met in 12 minutes. 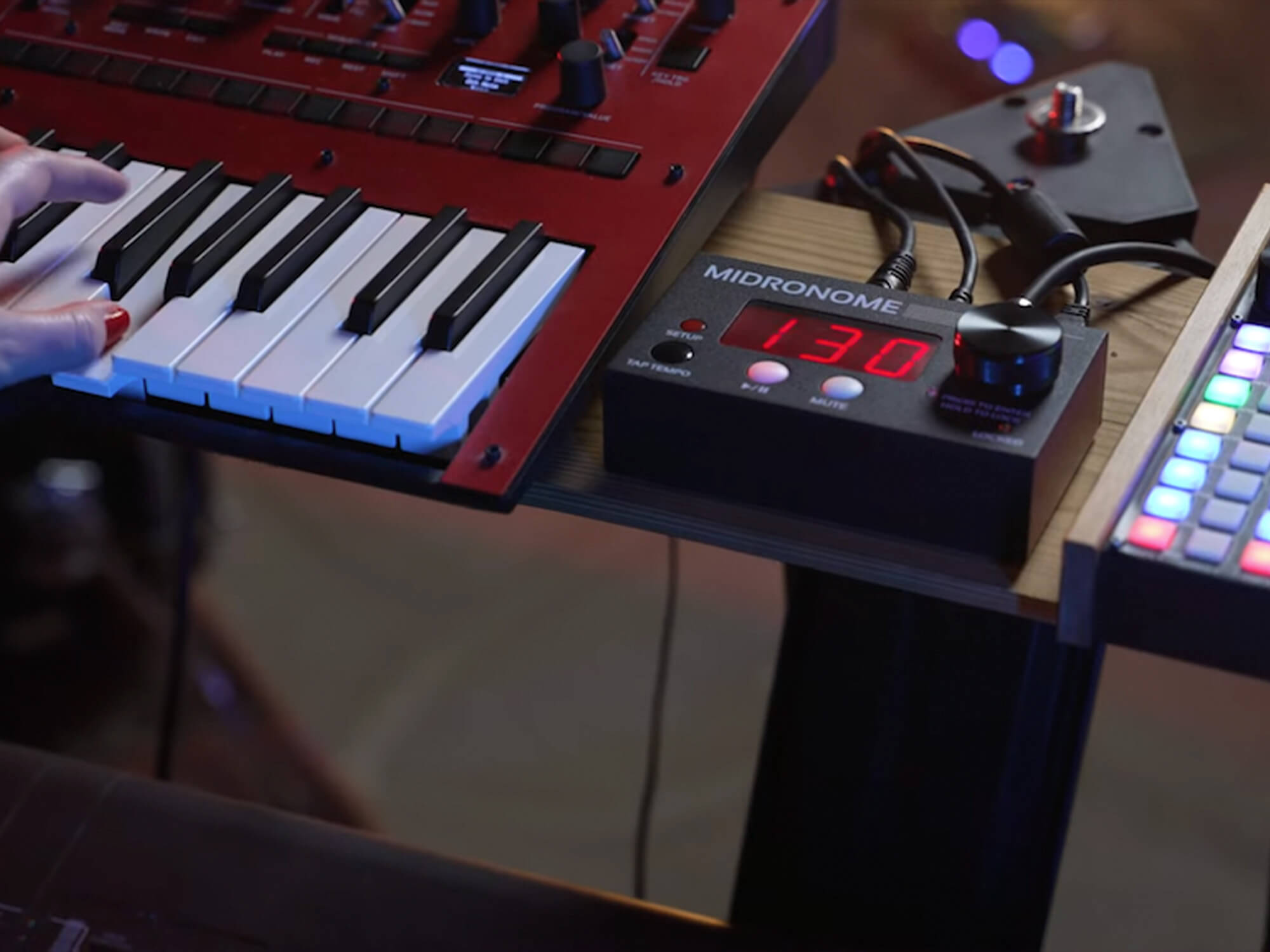 Midronome, a MIDI master clock designed to tightly sync all the devices in your studio or live setup, has reached its Kickstarter goal with astonishing speed but is still offering early bird pricing.

The device, developed by Denmark-based French musician Simon Lasnier, is a compact and robust unit that promises to sync DIN sync MIDI, CV and USB with an ultra-steady clock while also outputting an audible metronome for live performance. It’s also said to be small enough to fit in your pocket.

It features tap tempo, a generously-sized seven-segment digit BPM display and works with DAWs or a mobile app. Its makers also forecast an extension in the near future to accommodate MIDI over Bluetooth.

According to Lasnier, the Midronome was first conceived in response to his band’s difficulties keeping a drummer in time with synth arpeggios. A unit that could output a metronome while syncing a MIDI clock was developed as a way to fill time over the COVID-19 pandemic, and a crowdfunding campaign via Kickstarter was subsequently launched.

The Kickstarter campaign was then cancelled in April 2022, according to the developer, in order to facilitate a relaunch, but returned in August 2022 and is now accepting backers.

“My name is Simon, I’ve spent the last 2.5 years designing this MIDI Master Clock called the Midronome,” Lasnier wrote on Reddit. “Whether you use your synths Live or in the Studio you will probably be interested in this, it’s easy to use, reliable, and will most probably solve any sync issues you have in your setup […]. Let me know what you think!”

Watch the introduction video below:

At press time, you can get a Midronome with a pledge of at least €149. Visit www.midronome.com for more information and to join the Midronome mailing list.