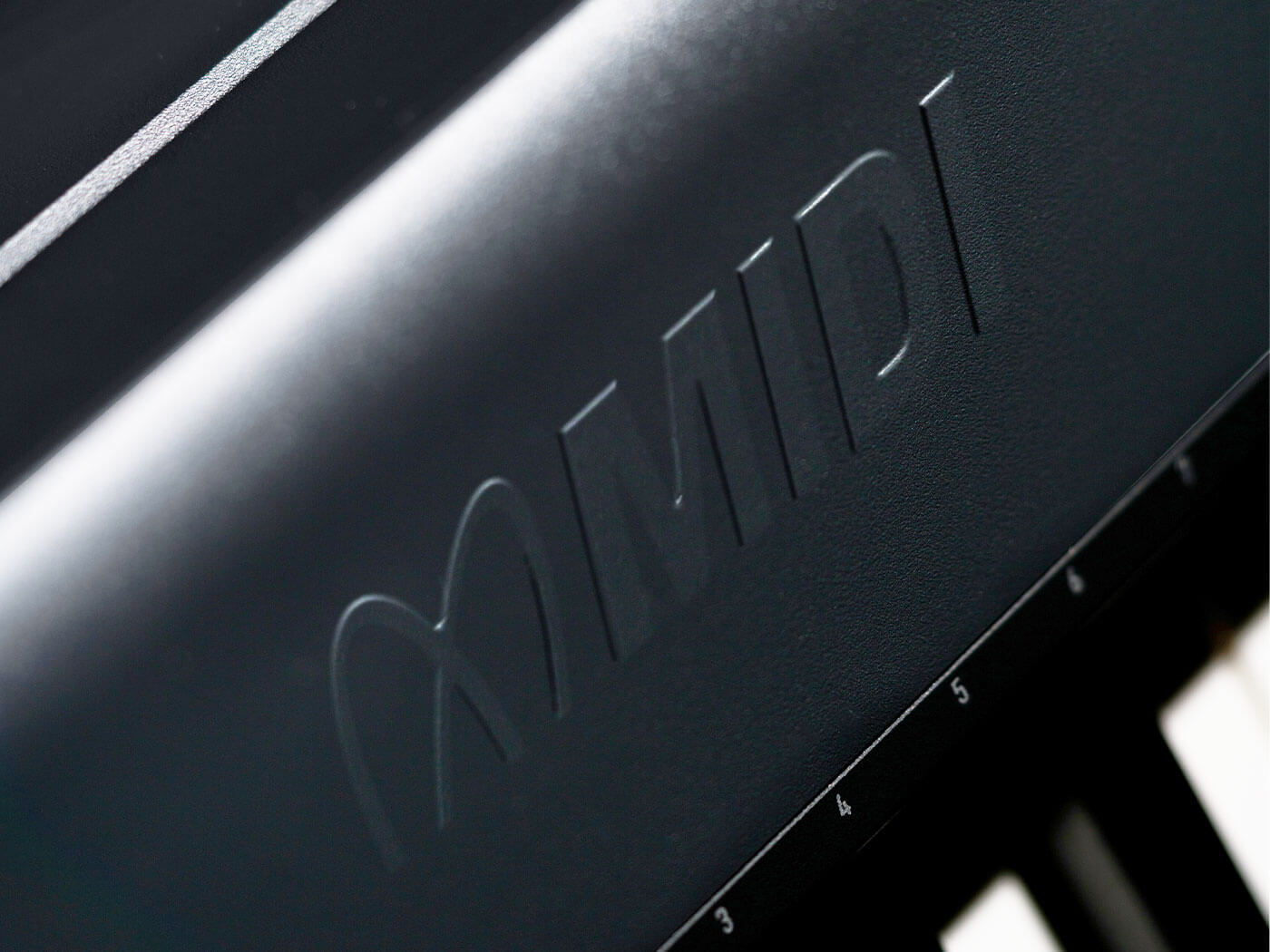 Sascha Lobe and Yuri Suzuki of Pentagram Studios have refreshed the branding of MIDI 2.0 with a new word marque. The logo displays an oscilloscope reading of concert pitch A440 rising up to 880Hz with subtle wave shape and stereo modulation, making a bridge between sound and vision.

Lobe and Suzuki reference two concepts in the MIDI 2.0 identity: Stuttgart pitch and Lissajous curves. The former is the tuning standard for the musical note of A above middle C, or A440, named for its frequency of 440Hz. Stuttgart Pitch is often used as a reference frequency to calibrate acoustic equipment and tune musical instruments. Lissajous curves are graphs of a system of parametric equations that describe harmonic motions.

The MIDI Association announced MIDI 2.0 in 2020, making it the most significant update in 35 years. MIDI 2.0 builds on the original protocol with future-proof features such as bi-directionality, allowing MIDI 2.0-equipped devices to communicate back and forth.

While some new instruments and controllers are MIDI-2.0-ready, an official rollout of the protocol is expected this year.

Lobe and Suzuki have previously collaborated on Pentagram Five, a collection of daily playlists curated by Suzuki in response to Lobe’s graphics. The playlists and graphics were released during the UK’s first lockdown of 2020. Lobe and Suzuki were also commissioned to design and compose a three-part playlist for The Design Museum’s Electronic: From Kraftwerk to The Chemical Brothers’ exhibition

To learn more about MIDI 2.0, head to midi.org.